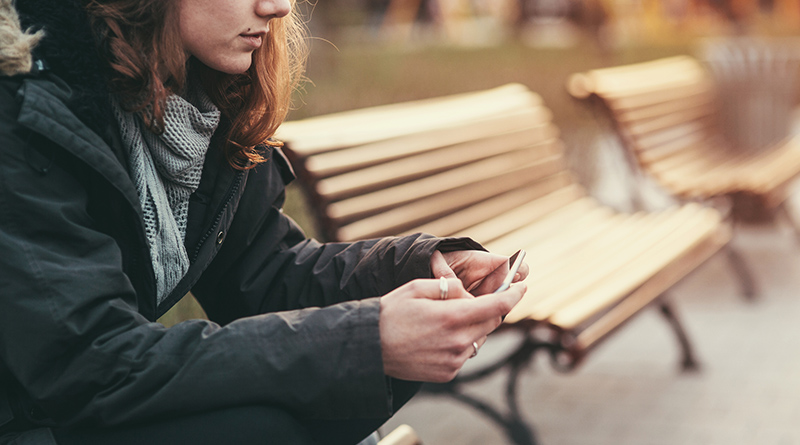 For the majority in safe, affluent Britain the joy of Christmas was experienced both physically and remotely. Hands up those of us who didn’t use Facebook, Instagram or Twitter to, at the very least, take a little peep at how our friends and family were celebrating?

That we are now a nation in thrall to our networked devices is pretty obvious. As I’ve written elsewhere, that we are a nation online is hardly news, but the latest usage figures from the Office of Communications (OFCOM) are revealing.

This is clearly staggering and an indication of how quickly our social habits have been transformed in a little over ten years. As David Laws Executive Chairman of the Education Policy Institute has written, this exponential and unprecedented growth means that academic research into social media (though already extensive) is in its infancy and we are only just beginning to measure the possible impacts of such a phenomenon.

Indeed, there is growing public concern about the psychological effects associated with over exposure to Facebook and the like. On New Year’s Day, journalist Arwa Mahdawi wrote of her personal detoxification from social media. Interaction with Facebook, Instagram and Twitter was “masochistic” she stated and seeing how well her friends were doing increased feelings of lousiness. Hopping off the approval merry-go-round had reduced her anxiety levels to the extent that she could now coolly evaluate the negative effects of Facebook – and its attempts to “manipulate and control our emotions”.

And, as I write, it’s reported that two major investors in Apple Incorporated have urged the creators of the iPhone to consider the “health and development” of young people as time spent on personal devices continues to rise. According to psychology Professor Jean Twenge of San Diego University, the US now has an ”igeneration” of teenagers, with recent research pointing to the fact that screen time, and in particular social media use, does cause unhappiness.  More than this, posits Twenge in her alarming article Have Smartphones destroyed a Generation?

“It’s not an exaggeration to describe iGen as being on the brink of the worst mental-health crisis in decades. Much of this deterioration can be traced to their phones.”

Which brings me to the report by Anne Longfield, the Children’s Commissioner for England, which was released last week. Researchers for the publication, entitled Life in ‘likes’, conducted 8 focus groups with 32 children aged 8-12 to understand the impact of social media on wellbeing. As well as highlighting the positives – that social media could inspire children and help them learn about new things – the report also revealed that:

“Children felt good when they got ‘likes’ and ‘comments’ from friends, and some Year 7 children were starting to become dependent on them, using techniques to guarantee they would get a high number of ‘likes’.”

In an interview with the BBC Longfield stated

“It’s really when they hit secondary school that all of these things come together. They find themselves chasing likes, chasing validation, being very anxious about their appearance online and offline and feeling that they can’t disconnect – because that will be seen as socially damaging.”

But before we completely embrace the idea of a dystopian future where everybody’s entire existence is judged through the prism of social media, it’s time to gain some historical perspective and adopt a cooler approach.

As Professor Sonia Livingstone, who has written and researched extensively in respect of children and the media, has pointed out in relation to Twenge’s work – these moral panics around youth and technology are nothing new and technological determinism has been discredited.

Livingstone acknowledges  that requesting Apple and other manufacturers improve their parental control systems is a useful development but stops short of speaking of addiction. “Everyone will agree that there is excessive use and even obsession with smartphones, but I don’t believe it’s addiction”, she said.

And what about the benefits of social media use? Much of the coverage of the phenomena tends to focus on the negatives but as mental health expert Emily Frith has written  there are studies available cataloguing the positive effects of social media engagement on young people.

Shy or introverted individuals often look online to improve their social skills and become more publicly active. Chat rooms and forums are known to provide a platform for those who would otherwise be disengaged by the constraints of location or social stigma. The fact is that social media can facilitate creativity, provide support and help people associate with those of similar interest.

This is especially true for young people with mental health issues. As Frith states, when some teenagers are at risk of suicide they turn to the internet for support.  There is evidence to suggest that “online suicide prevention” has been successful and that social media provides an opportunity to recognise and provide help to those who may be vulnerable.

All of this isn’t intended to undermine the wealth of material which indicates the multitude of issues connected with over reliance on social media. As ever, the obligation is upon parents and educators to be vigilant in how they monitor and utilise new forms of communication.

This is because we are still in the beginnings of a growing dependency on technology and 49% of the world is yet to go online .