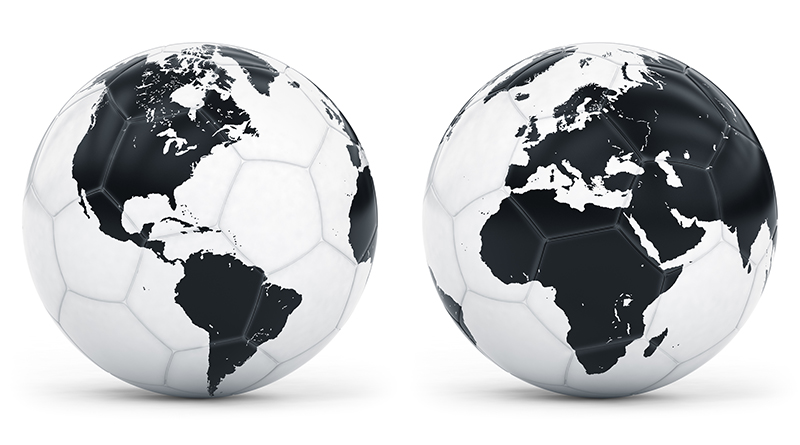 It was perhaps inevitable that the ubiquitous Donald Trump should claim the credit for the recent historic meeting between South and North Korea. Leaving aside the ‘little rocket man’ playground taunts for a while, the leader of the free world proclaimed that the meetings – held to discuss next month’s winter Olympics in South Korea’s Pyeongchang –only happened because he was involved and if it weren’t for him:

“They wouldn’t be talking about Olympics right now. They’d be doing no talking or it would be much more serious.”

Of course, we can take this with (small) handful salt. But the truth is that this meeting – and subsequent ones where discussions took place over the possibility of fielding a joint ice hockey team at the games – have immense significance and are indicative, once again, of how important sport, or sporting events, have become to the conduct of politics and international relations.

Indeed, it is sport that has brought North and South Korea together in the past. In 2000 president Kim Dae Jung of the South and Kim Jong Il of the North met for the first time in 50 years and shortly after that athletes from both countries participated in the opening ceremonies of the Summer Olympics in Sydney. They marched together united under a white flag of unification rather than their own national flags. As diplomat and expert in Asian studies, Victor D. Cha  has so aptly pointed out:

“North and South Korea have utilised sport to create a sense of unity. Through participating together at international sport events, the two halves of a nation have sought to live vicariously the dream of national unification. “

Actual geographical and political unification for the two countries may be hugely improbable but, in the words of Cha, sport can be the symbolic unifier, facilitating diplomatic currents that are primed to move in a positive direction.

Sporting success is vital to the international prestige of any nation. Think Berlin in 1936 and Hitler’s desire to demonstrate Aryan superiority. Better still; think of the Rugby world Cup in 1995. What a magnificent example of the rejuvenation of South Africa and the repudiation of apartheid. There was Nelson Mandela, clad in Springbok green, presenting the trophy to a delighted Francois Pienaar. This image quickly travelled around the globe signifying, amongst other things, the redemptive power of sport

You could argue that similar redemptive qualities were on show during the London Olympic Games of 2012. The Britain that emerged from the competition seemed reenergised and inclusive. As Professor Peter Rutland observed, prior to the Games it was possible for the UK to be seen as a fallen power whose best years were behind it. There were doubts over security and the ability of London to cope. That the Olympics turned out to be an unqualified success surprised almost everyone with journalist Simon Kuper remarking that the nation had undergone a comprehensive rebranding as an easy-going, multicultural and cosmopolitan project.

The international effect of all this is difficult to quantify but Britain’s leaders were able to market the UK as a country capable of, and comfortable with, hosting international events. This enhancement of international reputation and the possibility of inward investment are reasons why there is never any shortage of bidders for World Cups or Olympic Games.

In this sense sport becomes an expression of ‘soft power’ the term coined by Joseph Nye to express the ways in which a nation’s influence goes beyond its military capabilities. The way China uses sport to demonstrate its financial and political strength is a case in point.

As well as investing overseas, in December 2014, the Chinese government announced major domestic investments in sporting activity with the aim of creating an industry worth US$800 billion by 2025. This includes plans, as the South China Daily Herald   tells us, to build 100 towns dedicated as centres of sporting excellence for various disciplines in coming years. In June 2017 Chinese President Xi Jinping told FIFA that by 2050 China would be a “world football superpower” with at least 20,000 football training centres and 70,000 pitches in place by 2020. Sport is therefore vital to how China is seeking brand itself and expand its global business interests.

Closer to home, sport and identity are inextricably linked. In Wales, in common with many other smaller countries, sport has become a means of expressing cultural difference and resistance to domination by other nations. As Raymond Williams argued, in terms of the relationship between England and Wales we have moved on somewhat from the old perspectives of England as conqueror, coloniser, exploiter and big neighbour. However, some tensions obviously still exist and they are played out on a regular basis.  For a short time at least, any Wales v England encounter is intensely political.

In the words of Professor Gareth Williams, rugby plays an almost unique role in contemporary Welsh society in that it is able to unite factions of society and geographical areas which in other senses have little in common.  To those outside the country Wales is Rugby and Rugby is Wales and as Williams says, as much as this is a cliché it is how the idea of Wales is disseminated to wider audiences.

It’s always been silly to suggest that sport and politics shouldn’t mix because in truth sport has always been political. At the London School of Oriental and African Studies, Simon Rofe teaches a course on sport and diplomacy which begins with the premise that:

“at least since the era of the ancient Olympic Games, sporting competition has assisted human societies in mediating estrangements, resolving conflict and sublimating competitive urges.”

Recent history suggests that the above principles still hold true and its useful to think of sport and sporting events as central to the process of 21st century living. As Victor Cha points out, countries have gone to war and made peace over sport, fought for sovereign recognition through sport and citizens around the world have it as a routine occurrence. 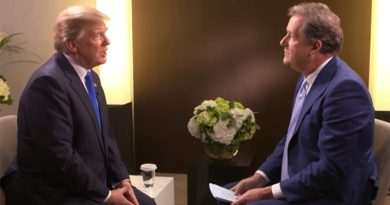 The (still) dying art of the political interview 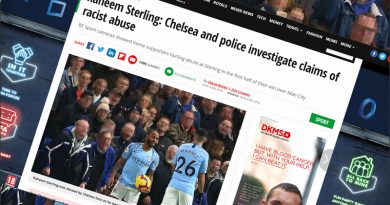