The topic under discussion was the news, dutifully reported on several news sites  that Welsh football fans were calling for a boycott of Mars bars after claims that the confectionery super company had ‘snubbed’ Wales and its fans by flaunting its support for England in the forthcoming European championships.

The problem seemed to be that Mars had not attached its support to Wales, who have, remember, qualified for their first major tournament since 1958 and that the rebranded Mars bars for the tournament – #Believe, rather than Mars is emblazoned on the wrapper – were offending the sensibilities of football fans across the country.  Selling the bars festooned with associated English propaganda in Welsh shops was simply beyond the pale. On Twitter there were some calling for the removal of said bars from Welsh stores.

Dear @marsfootball , Can you remove your England Euro 16 merchandising and unsold Mars bars from our stores please? Thank you, Wales

Unlike many of my countrymen and women I refused to be offended by the Mars campaign.

To me, this was an example of manufactured outrage, nurtured and developed to satisfy the demands of a 24 hour news culture. The actual wrapper (probably deliberately) carries no reference to any team and I argued on air that once again the mainstream media had trawled Twitter to find examples of indignation and that there were great dangers in overplaying this: a few raised voices on social media does not an upset nation make. This is relevant because, as the excellent Leon Barton  states, “Welsh nationalist sentiment runs far higher amongst the nation’s football fans than it does in the general populace”

That said, it’s undeniable that some were genuinely offended and saw Mars’ actions as arrogant and provocative. Proof again, if further proof were needed, that England was seen as the whole of Britain and that Wales did not matter one iota.

For me, this row is about cultural identity. And though, as Raymond Williams  pointed out some time ago, in terms of the relationship between England and Wales, we have moved on somewhat from the old perspectives of England as conqueror, coloniser, exploiter and big neighbour, some tensions still exist. From time to time these tensions surface and illustrate that Welsh identity is still defined in opposition to Englishness.

But this is a situation is not unfamiliar to Mars. Before the World Cups of 2006 and 2010 similar stories broke in Scotland. In 2010 they were criticised by the Association of Tartan Army clubs for “changing the packaging artwork to feature a St George’s Cross and the Auld Enemy’s Three Lions badge.”

In response to the current ‘furore’ a spokesman for Mars UK said: “Our new #Believe campaign is all about tapping into the excitement and buzz of the biggest football tournament of the year. We have a partnership with The FA, but the spirit of the #Believe campaign extends beyond that, to Wales and across the home nations, to encourage fans to get behind their country and show that they #Believe they have what it takes to do well.”

This is an evasive, not to say patronising, piece of PR – but it actually gets to the heart of the matter. Of course, Mars are hoping that all UK supporters buy their chocolate and support as they say, “their country”. They are not explicitly anti anyone – but they are, most definitely, pro England. They have a partnership with the English FA which began in 2009.

Mars is at present one of England’s ‘official supporters’ (alongside the like of Nike, Lucozade, M&S and others ) who pay a 7 figure sum each year to guarantee the use of the official Three Lions emblem on its packaging and England players in promotional campaigns. Such deals are lucrative for the FA and bring in huge sums. The lead sponsor of England is Vauxhall and in 2011, the FA and Vauxhall signed a three and a half year agreement and although the exact sums have not been disclosed,

Marketing Week magazine said the deal was worth ‘up to £6 million a year.’

Mars have clearly spent widely on their England publicity. The flagship of the campaign is a Henry V style pastiche featuring Harry Kane, Danny Welbeck and Jamie Vardy. In the one minute ad we see various signifiers of English culture make their way across the channel to the bemusement of a few stereotypical Frenchmen. It’ supposed to be light-hearted, of course, but the main intention is to tap into the goodwill and expectancy ahead of the tournament. Mars wants to place itself at the centre of the fan experience – the theory is that the sporting environment, live or otherwise, delivers the consumer to the advertiser in precisely the right state of mind to be receptive to persuasive messages and constant presence.

The unpalatable fact for those in Wales who are disappointed at Mars’ behaviour is that it probably doesn’t matter at all to the company. England are Mars’ concern and the Scottish episodes in 2006 and 2010 indicate that they are prepared to live with a little flak if they can reach their target audience. Private companies are generally motivated by little more than the making of money – they have no moral obligation to act as cultural arbiters.  Mars pay England a lot of money for access and the inescapable fact is that there are over 50 million people in England and 3.1 in Wales. That’s the bottom line. 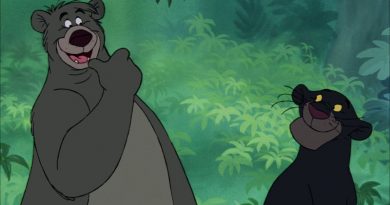 When your students turn you into a Jungle Book character