On February 2nd, the US holds its most watched and celebrated sporting event: the Super Bowl. The XLVIII (that’s the 48th) contest will be held in New Jersey and be fought out by the Seattle Seahawks and the Denver Broncos. Fox TV, who will broadcast the game live, hope that viewing figures will top the 111.3 million viewers who tuned in 2012 – which made it the most watched event in US television history.

Given that statistic, its little wonder that the world leading brands and corporations see the Super Bowl as the advertising fixture of the year, too. Coca Cola, Pepsi, Audi, Samsung, Mars and Viacom are just a few conglomerates among a 130 marketers willing to spend around $4 million for a 30 second ad slot during the game.

Analysts Kantor Media put these figures into context: the average rate for a 30-second advertisement in the Super Bowl has increased by more than 70% during the past decade and during the past five years the top five Super Bowl advertisers have spent $437.0 million on advertising during the game. The biggest spenders are Anheuser-Busch (Becks, Stella Artois and Budweiser) and PepsiCo – closely followed by Hyundai, Chrysler and Coca-Cola.

Let’s consider Anheuser-Busch. USA Today reckons that the brewer has paid $145.9-million dollars for air time between 2009 and 2013 which is, more than double what Hyundai, Chrysler, and Coca-Cola have all paid, and it is almost $50 million more than what its closest competitor, Pepsi, has shelled out for the big game. Forecasters predict that there will be no slowing down in future years, either, Forbes magazine sees a time in the near future when the price will reach $10 million,  John Coleman, chief executive of the Via agency, told Forbes staff writer, Alex Conrad, ‘I really think there just isn’t a limit.’

So, why are brands prepared to spend what seems like a ridiculous amount of money on such narrow advertising slots?

As I stated earlier, the size of the audience is clearly a major factor but research shows that, in contrast to what usually happens, viewers don’t tend to switch over during breaks in play. Kantor media found that in the 2013 game the percentage of audience tuneaway during the average commercial was a miniscule 0.7 percent, compared with a rate of 3 to 4 percent for regular TV programming. This evidently means that people are watching the commercials, that audiences are interested in how the brands are going to advertise. The plain fact is that the ad breaks have as much cultural currency as the game itself. Kantor’s findings suggest something even more startling: that more people actually watch the adverts than the contest itself: the 2013 game scored a commercial tuning index (CTI) of 101.6, meaning the average Super Bowl commercial attracted an audience that was 1.6 percent larger than the average audience for the game itself.

To advertise in the Super bowl indicates the strength of a brand financially but it also reinforces status. The presence of a Coke ad, for example, emphasises the company’s power, longevity,  relevance and central place in US life. Tim Calkins, professor of marketing at Northwestern’s Kellogg School of Management told Forbes. “For advertisers, it says that what they are doing is exciting. For brands, it sends a very strong signal to their partners and competitors that they are invested and committed in their brand.”

Although it is difficult to quantify how far Super Bowl advertising affects sales directly, we can be fairly sure of one thing: if it wasn’t profitable for companies, they wouldn’t do it. Audi of America Director of Marketing, Loren Angelo, recently discussed the company’s Super Bowl advertising plans on Bloomberg Television. Asked if it was worth it he said: It really is.  We have been focused on getting America to see Audi, to bring Audi into the conversation. So we are a brand that gets noticed, and what we are seeing is extensive lift right after the Super Bowl, driving consumer interest.

For some brands, outlay on the Super Bowl can reverse negative trends.  Brad Adgate of Horizon Media told Yahoo Finance’s Daily Ticker that  in 2008 Online brokerage firm E*Trade (ETFC) saw a 32% increase in new brokerage accounts the week after its Super Bowl ad.  Indeed, Neil Mulcahy, executive vice president of sales for Fox Sports Media Group has estimated a $4 million investment in the Super Bowl would bring a return of between $11 million and $12 million.

The format of what we call American football, with its fragmented structure and frequent periods where the ball is out of play, is perfect for regular advertising breaks. In fact a Wall Street Journal study in 2010 found that, in game time of 3 hours and 12 minutes, the average amount of time the ball is in play on the field during an NFL game is about 11 minutes. In any game there are 20 commercial breaks, 10 in each half, lasting usually from one to two minutes each.  As the New York Times puts it the game itself consists of 60 minutes of actual play, but usually three hours in elapsed time because of interruptions for injuries, play stoppage, instant replay and, of course, pauses for commercials.

For the above reasons ad spending on the Super Bowl continues to rise – as does the domination of the ads themselves. As the Kantor report makes clear, the past four Super Bowls have been the most ad-saturated in history, each containing more than 47 minutes of commercial time. This includes paying sponsors, commercial messages from the NFL, and promotional announcements from the network for its own shows. 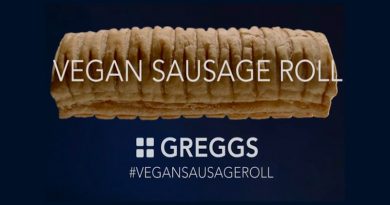 Here comes the son: Sky’s not the limit for James Murdoch. 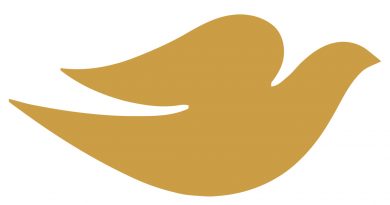