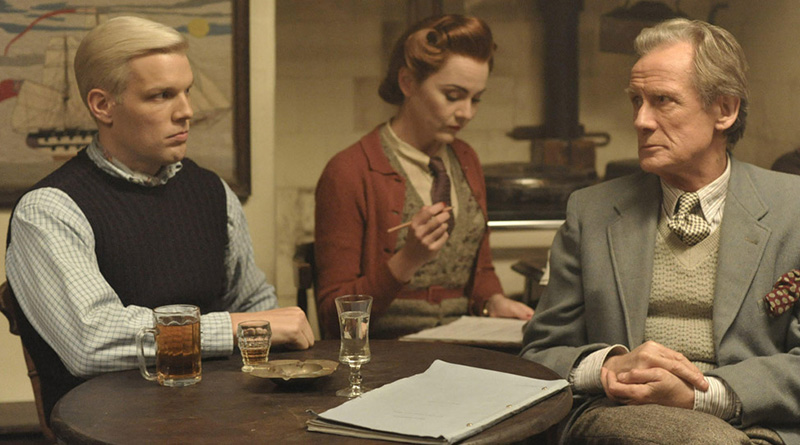 After some very positive reviews and a Bill Nighy attended premiere at the Welsh College of Music and Drama, WWII romantic comedy Their Finest opened nationally last Friday.

Co financed by BBC Films and shot partly in Swansea and on the beaches of West Wales, the narrative is concerned with the personal and professional development of Catrin Cole (Gemma Arterton) as she embarks on a scriptwriting role for the Ministry of Information’s Film Division. And whilst the film successfully highlights the all-encompassing sexism of the era it also offers a timely reminder of the importance of cinema to the war effort and to the upkeep of morale.

On the day that war broke out in September 1939, the government indefinitely closed all sports arenas, theatres and cinemas in fear of mass casualties at the hands of the Luftwaffe. Cinemas soon reopened though as the propaganda possibilities of film began to be realised. And, as Aldgate and Richards point out in the their excellent book on wartime cinema, average weekly attendances at picture houses rose from 19 million in 1939 to 30 million in 1945. Cinemas became, in the words of Angus Calder, the new centres of communal life – indeed, Cardiff’s Capitol cinema had an air raid shelter in its basement that could cater for 1,000 people.

In the war years cinema going was a constant in world of uncertainty, providing the cheap familiar weekly relaxation pastime that it had done the pre war years as other leisure pastimes were either too expensive to participate in or unavailable.

As the figures make clear, many people were visiting cinemas that had not previously done so. Part of the reason for this was because cinemas were not only places of entertainment but also places where the masses could be informed of Britain’s war progress via the moving images provided by newsreels and documentaries. The newsreels were invaluable as the single most important aspect of visual propaganda because they allowed the government, through the Ministry of Information, to communicate the conduct of the war precisely as they wished. Reports continually emphasised the righteousness and necessity of conflict contrasted with the brutality of Hitler and Nazi Germany.

Documentaries such as London Can Take It (1940) offered words and images which were to become central to the wartime (and peacetime) iconography of Britain. We see footage of St Paul’s in the midst of the Blitz, in darkness standing proud against the “symphony of war”. What’s significant is the presence ordinary people and images of Londoners going about their business, carrying on with their lives while carnage surrounds them. No Panic, no fear, no despair in London Town.

The main purpose of all the films, whether fact or fiction, was to show a society united by a common purpose and a common goal. The fictional Went the Day Well? (1942) shows a village coming together to defeat the Nazi invaders in violence so graphic that its shocks to this day. The film’s triumph is in juxtaposing the horrors of war with the tranquillity of British country life and the fact that the community is saved by the actions of a rough and ready schoolboy boy and the local poacher is hugely important. The working classes, for the first time in cinema, were the initiators and planners of action instead of merely bit players.

World War II was the people’s war and a total war in the sense that that the whole of the population had a part to play. Distinctions between the home front and the war front became superfluous as the conflict became part of everyone’s lives. Millions of people were affected in the most direct way possible – by widespread conscription, by evacuation or by the immediate effects of the Luftwaffe. Everybody without exception was affected by government taxation, curfew and rationing. The films produced by the Ministry of information attempted to illustrate this shared experience.

Even so, as historian Mark Glancy suggests, compulsory newsreels notwithstanding, actually paying to see a war film was not a crucial or preferred part of the cinema going experience. People, perhaps understandably enough, wanted the relief of a comedy or the escapism of a Hollywood blockbuster. Gone with the Wind (1939) is a case in point. Glancy relates that the Clark Gable and Vivien Leigh epic played in London’s Leicester Square from 1940 to 1944 and even when the Blitz was at its most ferocious people would queue outside for admittance. With this in mind, it’s not so surprising to learn that in 2004 the British Film Institute revealed Gone with the Wind as the one film which had been seen by more cinema-goers than any other in UK movie history.

Their Finest is obviously competing in a completely different environment but its central theme of a woman getting on in a man’s world had great currency during WWII as there was a movement of women into the workplace. In a series of unprecedented steps the government introduced conscription and compulsion to work. From April 1941 all women had to register at the local employment agency and those aged 18 to 40 could be drafted into war jobs either locally, or, crucially, nationwide. Women were immensely important to the idea of total war – the percentage of women in the civilian workplace alone in 1943 was 38.8%. At Bletchley Park, headquarters of the British Military Intelligence code breaking, 75% of employees were women and films such as Millions Like Us (1943) emphasised the importance of women to the war effort.

Their Finest can of course be enjoyed without any knowledge of the above. But as we move further away from the events which so changed the fabric of this country, its useful to remember the facts that inform the fiction. 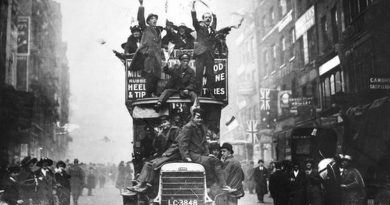 The 5 familiar justifications for attack on IS in Iraq