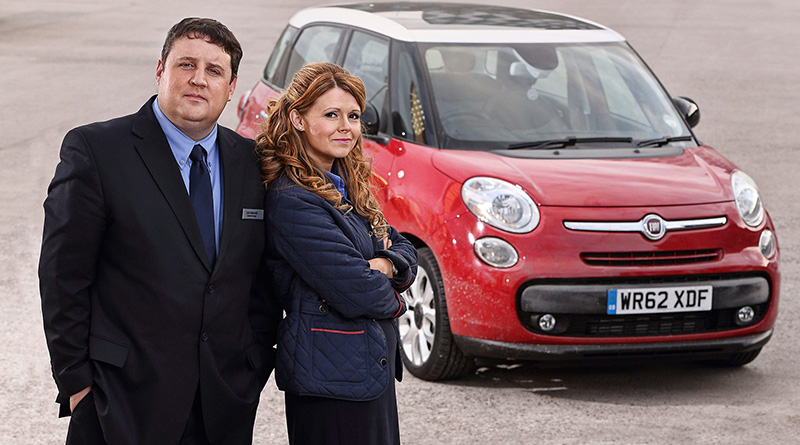 Last Tuesday saw the return of Car Share the Peter Kay and Sian Gibson sitcom which revolves around the developing romantic relationship of the two lead characters as they journey to and from their work at a supermarket.

The concept of the show is disarmingly simple. John (Kay) and Kayleigh (Gibson) occupy almost all of the screen time as we follow their daily commute from inside the car in which they travel. Throughout the first series the audiences observed their relationship grow from initial suspicion to mutual affection and fondness. The final episode ended with John grinning with unaffected joy as, after Kayleigh has left his car for potentially the last time, he plays the mix cd she has given him. We know, he knows, that this is far from the end. Pure and Simple.

When the show aired in 2015 it was met with both critical and public acclaim. As a matter of fact, it is BBC iPlayer’s most watched series to premiere as a box set and winner of the best scripted comedy at the 2016 Bafta’s.

It has certainly, to borrow a well worn phrase, captured the nation’s heart.

There are many reasons for this and the first amongst those is its inclusivity. This is not an edgy, confrontational comedy directed at a particular demographic. It’s themes of love, affection, simplicity and decency are universal and instantly recognisable. John has lost his Dad and worries about his Nan. Kayleigh is lonely and struggles to pay the bills. Both are incomplete though they don’t necessarily know it. Both are, and this is very important, without malice and innately likeable.

The drama arises from verbal interaction. All John and Kayleigh really do is talk to each other. And listen, of course. They engage in dialogue which allows their characters room to develop as people and not just as comedic ciphers. That’s the beauty of it – the writers realise that comedy is actually about a lot more than laughter.  It’s also about narrative and personal development. As academic Brett Mills has written, the pleasures of sitcom can be decidedly non comic and involve character identification and melodrama. Over time an audience can invest a great deal in those for whom they have fondness. For my money, the greatest moment from any sitcom isn’t Del Boy falling through the bar. It’s when that same loveable wideboy holds his newborn son for the first time, calling on his long deceased mum look down at them both from heaven.

And, curiously for a show which is ostensibly about the modern practice of sharing transport to work, it is inherently nostalgic. Boy falling for girl (and vice versa) is of course a timeless theme but what Car Share does is accompany most scenes with a predominantly 80’s and 90’s soundtrack. When John and Kayleigh try and guess the year on Forever FM we can join in. In this sense we can be part of that world of small victories and rekindled memories. It’s the comedy of recognition performed by consummate actors.

This sort of comedy is a million miles away from the cerebral aggression of Frankie Boyle  or the controlled offensiveness of Jimmy Carr – and of course whether or not something is funny is an entirely subjective concept.

Yet, like the critically despised Mrs Brown’s Boys, Car Share has been a hit with viewers. Indeed, the fact that the Dublin based farce was voted best sitcom of the century to the fury of many simply means that lots of people enjoy watching it. Audiences laugh, as they always have done, at the sexual puns and a man dressed up as a woman. Brendon O’Carroll is no doubt fully aware of the debt owed to Norman Evans  and Les Dawson . Viewers are in on the joke, too. We know that Ma Brown is really a man and that the whole thing is staged. O’Carroll’s habitual nods to the audience, the forgetting of lines and the acknowledgement of really bad jokes includes the audience in the whole experience.

You could argue, too, that the world of Mrs Brown’s Boys represents a return to the old working class world of the Carry On Films. As Tanya Gold  states, people liked the Carry Ons because events in the films mirrored what was happening to them. Perhaps one of the reasons for the success of Mrs Brown’s Boys is in, obvious comedic exaggeration notwithstanding, its portrayal of familial dysfunction.

But Car Share offers us more than this and is closer in spirit to Gavin and Stacey. Despite the obvious differences between the two, they share sharp scripts centrally concerned with the journey of two genuinely likeable people through a series of events which will eventually lead to happiness.

It’s a well trodden path, but it’s also timeless. What’s not to love? 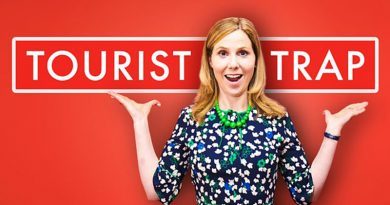 Another “golden age” of comedy?