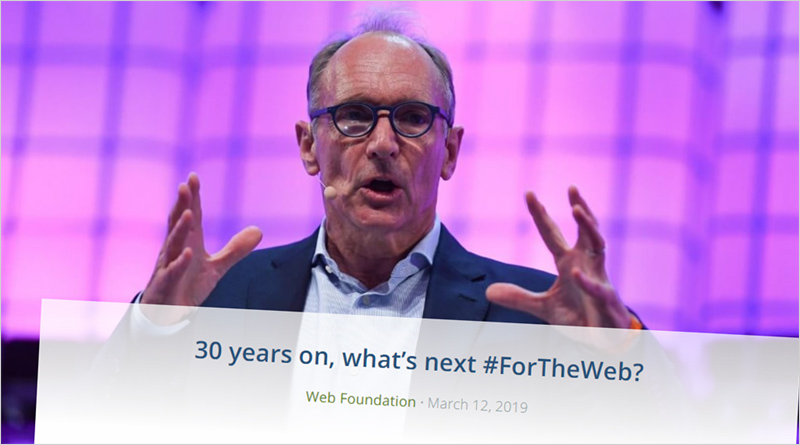 This week marked the 30th anniversary of the invention of the World Wide Web.

And as part of the commemorations, its creator Sir Tim Berners Lee posted an online letter in which he called on a “global community” to come together as “the fight for the web is one of the most important causes of our time”. He told the BBC: “I’m very concerned about nastiness and misinformation spreading.”

It’s clear that as the World Wide Web has grown it has drifted away from Berners Lee’s original vision of a “common information space in which we communicate by sharing information”.  In his words the web suffers from state-sponsored hacking and attacks, criminal behaviour, and online harassment.

He may, however, have been happy to note the research findings of a review conducted by the Treasury into the dominance of the likes of Apple, Facebook, Google and Amazon which found that their dominance was curbing innovation and reducing consumer choice.

Alphabet Inc. the holding company for Google and YouTube, has a market value of $766.4 billion whilst Amazon’s stock market value rose to $768 billion in March last year.

It’s been reported that Chancellor Phillip Hammond is committed to challenging this dominance. Let’s hope so, because as Berners Lee told the BBC: “The web is for everyone, and collectively we hold the power to change it. It won’t be easy.”