During the Falklands War of 1982, Margaret Thatcher was, apparently, furious at the BBC’s even-handed reporting of the conflict. She lamented what she referred to as the “chilling use of the third person” on hearing the BBC refer to military personnel as “they” rather than “we”.

The BBC, however, was clear about the value of its impartiality, as was spelled out in guidelines given to journalists during the war:

We should try to avoid using “our” when we mean British. We are not Britain, we are the BBC.

Times have changed. Our research uncovered striking examples, such as this from Radio 4’s Today programme on January 21 2014:

What have we achieved in Afghanistan? We’ve lost 447 British lives there since our troops first went in, way, way back in 2002. We’ve spent at least £20 billion there, possibly more, the precise figure is difficult to estimate. This year we will withdraw. Did we win?

Our survey of content on the BBC’s flagship Today programme found that these days presenters regularly use the word “we” (or “our”) when referring to Britain, NATO, “the West” and other entities or identities. It seems that the importance of the clear blue water marked out in those guidelines from 35 years ago has been forgotten.

Our research identified at least ten different stances adopted by five presenters on the Today programme, during the period we studied – instances in which they used the words “we” or “us”, effectively to identify themselves with others. But the BBC’s Editorial Guidelines are clear as to where the public broadcaster stands on this when its journalists are reporting on the BBC itself:

When dealing with controversial subjects concerning the BBC, our reporting must remain duly impartial, as well as accurate and fair. We need to ensure the BBC’s impartiality is not brought into question and presenters or reporters are not exposed to potential conflicts of interest. It will be inappropriate to refer to either the BBC as “we” or the content as “our”. There should also be clear editorial separation between those reporting the story and those responsible for presenting the BBC’s case.

If it is important for BBC journalists to remain scrupulously impartial when reporting on the corporation, it is surely equally so when reporting on – and questioning – other institutions, to which the journalist or presenter has no connection, actual or perceived.

But this appears to have gone out of the window, if an interview with the then foreign secretary, William Hague, after the military coup in Egypt in 2013 is any indication:

Presenter: So, do we now, having recognised the former president, do we now say, he’s gone, we now recognise a new military government in Egypt?

Hague: Well, we don’t support military intervention … whatever our feelings about operating in this way.

Presenter: So the answer to my question is, yes, we do recognise this new military regime.

It might be argued that this usage represents a move towards informality by journalists in an attempt to close the distance between themselves and their audience. But Kevin Marsh, former head of the BBC’s College of Journalism has emphasised the importance of clear impartiality in a changing media landscape:

Values such as impartiality – however described or characterised – could be and are emerging as important markers that distinguish deliberate acts of serious journalism from the noise out on the web.

The BBC guidelines alert journalists to the dangers of identifying themselves with a presumed consensus:

Our reporting should resist the temptation to use language and tone which appear to accept consensus or received wisdom as fact or self-evident … audiences should not be able to tell from the BBC output the personal prejudices of our journalists or news and current affairs presenters on matters of public policy, political or industrial controversy, or on “controversial subjects” in other areas.

Later in the interview with Hague, the presenter appeared to align himself completely with a concept of “we” as Britain or the British state – and with a “consensus”:

Isn’t it about time we started saying, actually there’s an argument for the old regime continuing because at least it provides stability, under the new system there might be real dangers for us?

The extent of the potential for confusion, lack of clarity, lack of accuracy, is illustrated in this example, in which the presenter interviewed the defence secretary about Britain’s response to the situation in Ukraine:

What Lord Dannett, the former head of the Army told us the other day was that we should immediately – the British government – should immediately look again at plans to withdraw our remaining troops from Germany in 2020. And actually we should keep, he suggested, 3000 or so troops in Germany. Are you tempted to do that?

“You”, “we” – who is who in this conversation? Where does the presenter stand? How much clearer, more accurate and impartial simply to ask what “you” or the British Government propose to do – and why?

Our research does not focus only on questions of politics and international affairs. There are implied assumptions about schooling, about England versus Britain, about what might be considered “common knowledge”. Wherever we have identified the problem, there is room for confusion and for doubt about the views of the presenter. And yet, we also found examples where Today presenters were scrupulous in their impartial use of language.

The time has come for the BBC to review its guidelines in order to restore the same clarity to all its coverage as is demanded by the specific guideline on covering the BBC as a story. From our observations, we would say that the problem is by no means confined to the Today programme, nor to the BBC. We would welcome a wider discussion about how things have changed so much since the Falklands War and whether audiences are best served by what is becoming common practice. 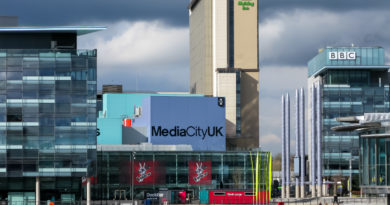 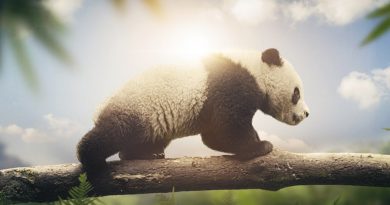