As Facebook decides to close down the page for the popular Anarchist Memes in the latest of a string of crackdowns on political online activism, what does it mean to live with a Facebook police?

We have become increasingly accustomed to the notion that the social media platforms we use will have certain terms and conditions attached to them that will serve to regulate some of the ways we communicate on them. Indeed we may even think it necessary that there are certain codes of ethics and some moderation in place – or what Facebook warmingly calls ‘Community Standards’ – in order to ensure some levels of respect and decency on an online space of millions of users.  Predictably, much public debate so far on what this means has centered around questions on nudity, sexual content, and violence. Only recently Facebook found itself having to explain why it had censored images of women breastfeeding whilst allowing for images of beheadings to remain on its network.

However, in the last few months we have seen the debate shift beyond media ethics towards what is increasingly looking like Facebook acting as our social media police force. The decision last week to take down the Facebook page for Anarchist Memes – a page dedicated to anti-capitalist, anti-racist, feminist, and pro-LGBT rights that after five years of operation had acquired 90,000 likes and hundreds of comments everyday – comes as part of a growing effort by Facebook to crack down on the presence of political groups on its network. It prompted the artist/activist Ben Nolton to ask in Counterpunch whether Facebook is actually flirting with fascism. As Nolton points out Facebook has demonstrated startling double standards in what it chooses to remove, leaving blatantly racist and white supremacist pages untouched, and this at the same time as misogyny is rife and entrenched in Facebook culture. Photos of beaten women and violent death and rape threats permeate the network often under some warped conception of humour and free speech. This, of course, is not to mention the absurd amounts of corporate sexist propaganda that women regularly get bombarded with everytime they read through their Facebook news feed.

The closure of Anarchist Memes is part of a broader strategy to take closer control of the political activity that takes place on Facebook. The social media giant has announced that it wants to limit the use of its platform for organizing protests and back in October it participated in a convention in Philadelphia discussing ways in which ‘partnerships’ between Facebook and police could be established that would block certain individuals, uses, and pages. In the lead-up to the royal wedding in the UK in 2011 it was reported that Facebook had within a short period of time closed down a number of pages for UK-based political groups in what seemed to be part of a wider crackdown on potential protests by British authorities. Of course this is in addition to the prominent role we know Facebook has played in governmental online surveillance programmes as revealed by the Snowden leaks that, again, reveals Facebook as an increasingly active participant in the control of our social and political lives.

You might say that political activists should just go somewhere else. And increasingly, in a post-Snowden digital world, people are. But as a social media monopoly, and with a user-base of over a billion people, Facebook holds a privileged position as a space of public opinion and what is and is not allowed within that space matters. Facebook has come to occupy an important role not just in our everyday communication, but also in the shaping of broader social and political processes and how we come to understand the world around us. As a platform to reach people, to speak out, and to get heard (whether that is actually real or not) it has therefore come to be important for a lot of political actors, not least people who consider themselves activists. Yet at the same time the control and ownership of this platform lies squarely in private hands. It is, as far as users are concerned, entirely unaccountable – not least as the actual moderating of Facebook’s pages and posts is apparently being outsourced to low-wage workers in the developing world who are charged with the unenviable task of scrolling through reported material everyday for very little money.

Sure, but why is this different from any kind of corporate media where discursive space is always a site of struggle and increasingly one that is underpinned and defined by narrow market-informed logics? James Curran wrote a very famous book – and now a media studies staple – on the British press entitled Power Without Responsibility to highlight precisely the problems with an unaccountable corporate media and the voices that tend to get excluded as a result. Yes, in many ways the long-standing political economy critiques of corporate media can equally be levied against Facebook in this regard. Facebook is a media corporation like any other that will seek to serve shareholders and profits first and foremost. But there are some important differences that make these latest moves by Facebook particularly concerning.

The sheer entrenchment of Facebook into our everyday communications as a social media platform and the concerted efforts it has made to become an entry-point to information about our social worlds has provided it with enormous power in, perhaps particularly, the communication among and between individuals as collectives. Importantly, no one is trying to push this narrative about Facebook more than Facebook itself. Central to the branding of Facebook is precisely this idea that it is the collective communication space for you and me; us; the people. What Nick Couldry has described as the ‘myth of us’, the generating of the idea that platforms like Facebook underpin natural collectivity, a value claim upon which Facebook depends to make claims on what ‘we’ are now doing together. And, of course, no one was more eager to embrace the label ‘Facebook revolution’ in accounts of the Arab Spring than Mark Zuckerberg himself, happily crediting his company with being a force for liberation, a place where the powerless could come together and rise up.

As I argue in a forthcoming book (Dencik & Wilkin, 2015), this narrative of social media as a people-driven force and a grassroots network (one that therefore is somehow de-institutionalised) has become so common-place it is now increasingly being used strategically by different kinds of interest groups that in tangent with mainstream media are keen to speedily describe protests and movements as social-media driven to grant them ‘credibility’ and a sense of ‘authenticity’ – it has become part of our de facto way of understanding and describing contemporary resistance.

This gap between the perceptions and realities of corporations like Facebook makes for a convoluted environment in which lack of transparency dominates common understandings of the activities that are taking place within our communication platforms. And it allows for unaccountable, private agencies to make deeply political decisions about what kind of content, views, and activities we should or should not engage with without ever asking us – whilst at the same time pertaining to be our voice. This paradox is only set to become more and more troubling as Facebook moves further and further into policing the meaning of ‘us’.

It’s an Apple world – Or it will be soon. 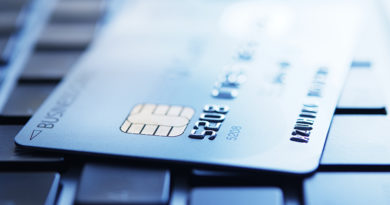