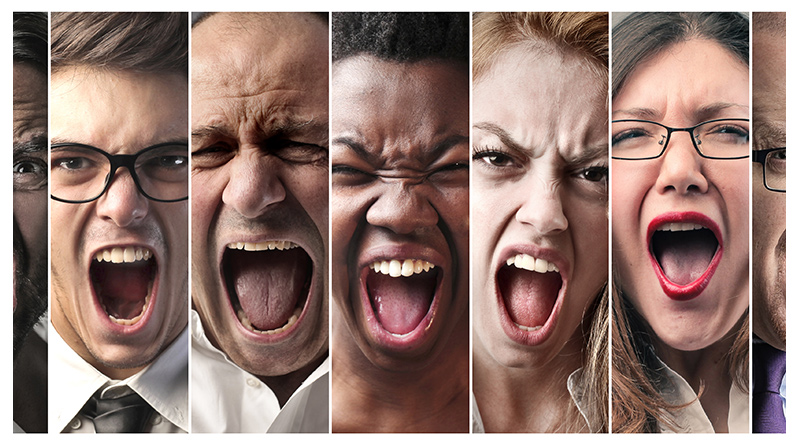 Owen Jones, the noted left wing writer, critic and activist has announced via Facebook his decision to quit all social media including Twitter,

In his post, Jones stated that his decision was based on the fact that his experiences had become completely and utterly depressing – with alarming regularity, he wrote, he was being abused by total strangers some of whom had threatened him with torture and murder. Added to this he was no longer certain that social media was useful as a tool for political debate and discussion.

Jones is not the first person with a media profile to publicly disavow Twitter. In 2016 Stephen Fry wrote on his website that for him, leaving was a massive relief – he was, “free. Free at last”. In typically poetic fashion he wrote that the secret bathing pool in a magical glade had become stagnant. It was:

frothy with scum, clogged with weeds and littered with broken glass, sharp rocks and slimy rubbish. If you don’t watch yourself, with every move you’ll end up being gashed, broken, bruised or contused. Even if you negotiate the sharp rocks you’ll soon feel that too many people have peed in the pool for you to want to swim there anymore.

Without doubt, Twitter can be a dangerous arena for anyone in the public life. Politicians are threatened with rape, sports stars are threatened with murder and women who have the audacity to voice opinions on anything at all are routinely subject to threats and ridicule. Sue Perkins, once touted as a successor to Jeremy Clarkson on Top Gear, wrote in 2015 that her Twitter feed included comments from blokes wishing her dead, including one who suggested they’d like to see her “burn to death”. Wales own Charlotte Church seems to be forever fighting misogynist abuse.  For her, Twitter has become a “swell of hate”

And before anybody seeks to minimise the often daily threats of violence that some women receive online (oh, it’s not real life, these are just keyboard warriors) we should be aware of research that tells us that women are subjected to more bullying, abuse, hateful language and threats than men.

In 2016 a study by social media analysis group Demos exposed the terrifying scale of misogyny on Twitter. It found that over a 21 day period, 6,500 UK Twitter users were “targeted with 10,000 explicitly aggressive and misogynistic tweets using the words ‘slut’ and ‘whore’.” In an international context, it was found that more than 200,000 aggressive tweets were sent to 80,000 people in the same three weeks. Particularly shocking was the finding that hostile tweets using such derogatory terms were as likely to be sent by women as they were by men. This, said Yvette Cooper MP at the launch of Reclaim the Internet, reflected a wider and ingrained culture of abuse.

It is a fact that celebrities such as Cooper (because that’s what she is – a celebrity) are consistently under attack. But of course, it wasn’t supposed to be like this. Twitter was to be a medium through which the famed and lauded could communicate with their public without the inconvenience of talking to journalists. It was to be the medium where the “brand” could be built. For some, such as pop star Katy Perry – who with 96.18m has the greatest number of followers – Twitter apparently is about maintaining an overwhelmingly one-way relationship with a fan base. For the fan, there is the illusion of closeness and the opportunity to gain insight into the day to day lives of their idols.

But consider how Twitter has changed journalism. In May 2015 research was published which indicated that journalists were the largest category of Twitter users – tweeting constantly about the content they produced and consumed.

Newsrooms have been transformed – newsgathering has speeded up, there is greater choice of sources and material. As technology journalist Alex Masters argues, Twitter interaction has become synonymous with news reporting. Media outlets rely to some degree on crowd sourced content to “help provide real-time information, reaction and public opinion during breaking news stories”. Consider that this process is relentless and we may begin to sympathise with the modern reporter and understand why in the aftermath of the tragedy in Westminster last week, so much speculation and incorrect information was emerging to meet the demands of a public used to constant information updates.

On that note, Twitter never sleeps and neither does today’s 24/7 journalist. Where once, in the not too distant past, reporters and columnists were reachable only though the letters page there is now ample opportunity to challenge the professionalism and diligence of the journalists. Twitter (and below the line online comments) mean that, as I’ve written elsewhere , readers, either singularly or collectively, have the agency to comment upon stories and writers and to determine the flow of discussion. Put simply, the reader’s role is no longer necessarily passive. The opportunity has emerged for the audience to engage with the traditional opinion makers and this engagement has clearly had both a positive and negative impact.

And, as someone who has periodically experienced the (admittedly relatively tame) disgruntlement of one or two readers, I can only sympathise with the despair and helplessness which must result from being relentlessly besieged.

How I learned to love Twitter as an academic