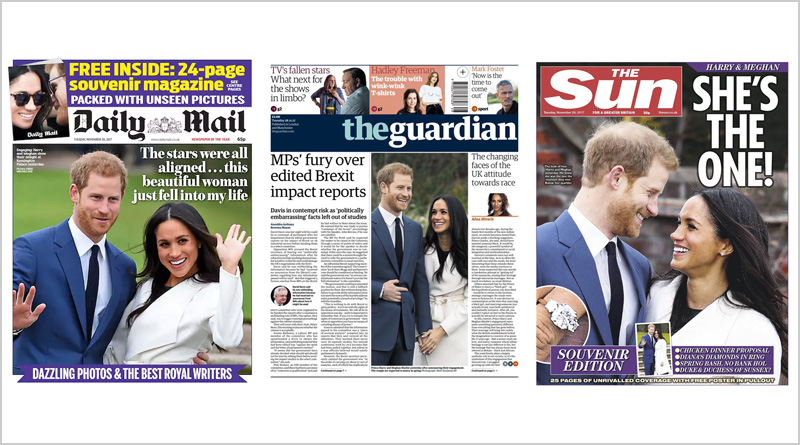 Has public reaction to the engagement of Prince Harry to Meghan Markle been one of celebratory anticipation or stolid indifference? Somewhere in between, I’d guess, but for those in the media bubble it was certainly the former, as the level adulation and fawning on the front pages of the national tabloids indicated a longing for simpler times and a welcome respite from the daily grind of Brexit, Trump and austerity.

Yes, it was a right royal throwback as both the Mail and the Sun resorted to the tried and tested souvenir editions. The main portrait pictures were of the happy couple smiling, waving and gazing into each other’s eyes. “SHE’S THE ONE” said the Sun whilst the Mail gave us the Prince’s clearly love-struck devotion in his own words: “the stars were all aligned…..this beautiful woman just fell into my life”.

Indeed, so incensed was Harry by the story and general coverage that he took the highly unusual step of issuing a public statement condemning the “abuse and harassment” that Meghan had been subject to along with the, “racial undertones of some of the pieces”.

Let’s hope there’s none of that in the coming months and if you are already fed up with the brouhaha, I suggest you brace yourself. This is not just the domain of the tabloids. The Guardian’s Martin Belam, their senior social reporter, tweeted the day after the announcement that “4 of the 6 most read things on the @guardian yesterday were about Harry and Meghan”. 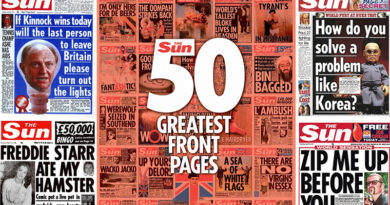 George Osborne: The burger picture instead of the bigger picture