The extraordinary resignation of its chief political editor, Peter Oborne, from the Daily Telegraph last week gave us cause to think about the importance of corporate influence in journalism and the significance of advertising revenue to newspapers. As these events occurred, the paper’s Ben Riley – Smith was providing us with further proof, if any were needed, that advertising will play a major part in May’s general election.

In a Telegraph article which asked whether Britain was entering an ‘new era’ of political attack ads, Riley – Smith drew attention to the fact that the Conservatives had been posting a series of short videos (none of them lasting over a minute) on you tube concentrating on Ed Milliband’s supposed incompetence and the Labour party’s general untrustworthiness.  One, posted on the 3rd of Feb, is a 16 second head rush called The SNP and Sinn Fein propping up Ed Milliband? Chaos for Britain.

Over frenetic classical music and montage headlines stating that a ‘desperate Labour is wooing Sinn Fein’, a gurning Milliband is pictured outside Number 10 with his arm round Alex Salmond  and next to Gerry Adams. Our worst nightmare, apparently, “just got even worse.”

For Riley – Smith, these ads represent evidence of the migration of American style electioneering into British politics. He writes that the style of the ads will be familiar to: “any connoisseur of Washington DC wargaming – haunted music, faded-out colours, jagged headlines spelling doom, all punctuated with a series of apocalyptic sound effects.”

This maybe so, but concerns over the perceived Americanisation of politics are not new. It’s certainly true that many of the features associated with modern campaigning in this country – that is to say, continual opinion polling, the advancement of personality over policy, the negation of debate, the idea of selling and buying, are concepts which were developed in the US.

As far back as 1964, Harold Wilson looked to the States for inspiration and Theodore White’s seminal account of the Kennedy election of 1960, The Making of the President. Wilson knew how important it was going to be in the television age to be able to sell a product. He realised in ’64 that the most important people in the election weren’t the electorate or the politicians, it was the media – and in particular the burgeoning television media.

In recent times British politicians and advisors have looked to the US for guidance. In 1992 the Tories sought advice from the Reagan people. In 1997 Blair’s key advisor was Phillip Gould who worked on the Clinton campaign in 1992 and 2013 David Cameron announced that he had hired Obama’s 2012 campaign manager, Jim Messina as a strategy adviser.

In terms of ‘attack ads’, though, the UK parties have managed to be innovative enough without looking across the pond. In April 1979, the Saatchi and Saatchi produced the ‘Crisis, what Crisis?’ party political broadcast for the Conservatives and managed to portray Labour led Britain as apocalyptic and decaying. In its opening sequence, a montage of darkly lit shots showed picket lines, windswept graveyards, empty supermarket shelves, uncollected rubbish and impending anarchy. All the while an increasingly shrill voice over repeated, ‘crisis, what crisis?’ over and over again. Slogans, repetition, dramatization and crude stereotype…..

The Saatchi style transformed political communication in this country. Tim (later Lord) Bell, Chairman of the advertising agency was quite categorical about what he wanted to do: produce commercials. This meant faster cutting, the use of professional actors, special effects, and, crucially, minimal use of politicians. Bell and the Saatchi’s brought the techniques and styles of commercial advertising to bear on politics with the full approval of the Conservative party. Hugo Young, biographer of Margaret Thatcher wrote: “On television broadcasting, Saatchi’s instructions……acting on the leaders authority, were to, “eschew the clichés which have dominated Tory political broadcasts for the past decade and major on the selling of a brand in a most acceptable way.”

Promotion and marketing are today major governmental enterprises. In 2010 the Tories accused Labour of spending more than £1. 9billion on advertising since getting to power1997, increasing from £59 million in 1998 to £232 million in 2009. In the election of 2010, though it was the Conservatives who spent double that of Labour – £16.7 million compared to £8million.

This year the differential is likely to be increased. Daniel Boffey in The Observer reported that the Conservatives have amassed a £78 million ‘war chest’ over the past four years and it appears that, with clandestine skill, the government has managed to change the law on candidate’s election spending, securing a 23% increase on what is permitted. The total amount the candidates of each political party can now spend has increased from £26.5m to £32.7m. This is expressly against the advice of the electoral commission and leaves Labour vulnerable. Douglas Alexander, Labour’s election coordinator has said that the Tories may be able to outspend his party by ‘three to one’

But does political advertising work? Politicians obviously calculate the benefits, though measuring the effect of an advertising election campaign in terms of the result is inconclusive, since the result of any election is based on so many factors. One result may have many possible causes. Adverts, posters and party political broadcasts can test levels of recall or the appreciation of voters. But these are campaign outputs not outcomes, they do not tell us about effects on voting. As to the effect of ‘attack’ advertising, as Kolovos and Harris assert, it is unclear whether negative advertising is more informative than positive advertising or whether it affects voter turnout. They make the point that it is difficult to divorce negative advertisements from, “the general negative feeling about politics which exists in many Western democracies”.  In terms of party political broadcasts, research for OFCOM in the 2005 UK general election found that 60% its respondents claimed they had decided how they would cast their vote before the campaign began and the date for the Election was announced. The effect of election broadcasts in many cases was “merely to confirm or consolidate party preferences.”

In the next few months the all parties will spend their time and energy attempting to harness the power of social media. Though what power actually exists is open to debate.  According to Richard Huntingdon group chief strategy officer at Saatchi & Saatchi, its influence is overstated. He told Brand Republic: “Social media is massively overrated,” “It’s great at preaching to the converted and distributing leaders’ speeches or policy points, but political messaging rarely escapes its bubble, unless it’s very amusing.”

Speaking to Channel 4 news, the seasoned campaigner Tim Bell, whilst stating that advertising has a role to play, hinted at the 2015 election being decided by positively old fashioned standards. Ultimately, he said, “the direction of the election will be decided the leadership debates, the publication of the manifestos and the personalities of the leaders.” He may just be right.

A version of this post appears here at the Conversation. 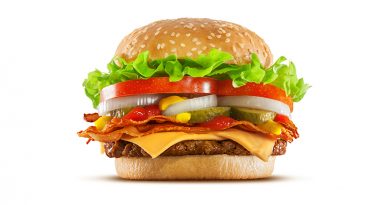