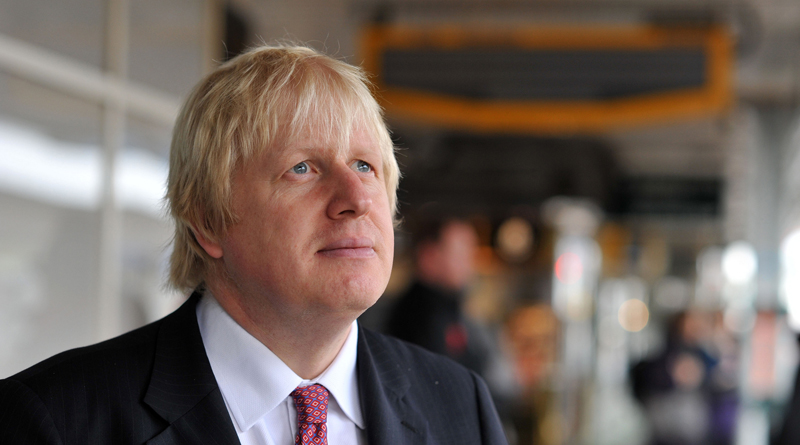 Hours before the Prime Minister’s speech (described in the Daily Telegraph as being, all things considered, “staggeringly incompetent”) Johnson addressed a Tory fringe meeting where he suggested, to uneasy laughter, that the Libyan city of Sirte could become the “next Dubai” if only they could “clear the dead bodies away”.

It’s all so familiar and, predictably, there were calls for his resignation. From inside his own party, Sarah Wollaston MP tweeted that demeaning jokes about real people murdered in Libya would be crass even from a stand-up comedian and that she was appalled to hear this from our Foreign Secretary  As she later pointed out, the most important fact was that this was the UK’s premier diplomat “representing us on the world stage”

But the truth is this behaviour is not unexpected from Johnson, who seems driven to attempt to lighten the most serious of moments with inopportune levity. His career is littered with inappropriate conduct. References, whilst working as a journalist for the Telegraph, to black people as “piccaninnies” with “watermelon smiles” competes with his description of the people of Papua New Guinea as prone to “cannibalism and chief-killing” in levels of offensiveness.

His track record suggests that he operates with the casual certainty of a privileged man who knows that whatever he says won’t be held against him. And even if he is criticised in some quarters, then that’s alright too because it all adds to a personal brand value. The easy willingness with which sections of the media refer to him simply as “Boris” is important because the use of the forename carries with it the connotations of indulgence and familiarity which are usually afforded to an elderly relative who breaks wind at the dinner table.

But Johnson is not a joke. He is not, as stated by Radio 4’s Eddie Mair, the Tory’s Bernard Manning. He happens to be Foreign Secretary at the most important time in post war British history. His underlings at the Foreign Office reportedly despair of his unsuitability for the role while the rest of Europe apparently looks on aghast at the arrogance and ineptitude. As Nina Schick, a political commentator and advisor specialising in EU policy, German politics and Brexit has pointed out, Johnson “does not operate in a vacuum and is seriously doing an unbelievable amount of reputational damage to the UK”.

Even so, though he may have (temporarily) ruined his chances for the Premiership by alienating members of his own party, there still seems to be a great deal public support for him. As I’ve written before about Katie Hopkins , Johnson is at the vanguard of popular opinion saying the unsayable in an age when the values of free speech are perceived to be undermined almost daily. In an environment considered by many to dominated by political correctness, he represents a freedom of thought and candour not terribly obvious in his Conservative colleagues. Least of all in Theresa May.

It is also important to remember that though he may say and do foolish things from time to time, he is most definitely not a fool. He is a skilled political operator and his buffoonish appearance and actions are, by some accounts, carefully thought out and calculated. According to Professor of Security Studies, George Kassimeris:

Every statement, every intervention and every ‘gaffe’ has been calculated with Swiss-made watch precision to get Johnson eventually where he desperately wants to be: 10 Downing St.

But far from this being an era of restraint and political correctness I would agree with former Director General of the BBC, Mark Thompson, in his assertion that we are living through a crisis of public language.

We only have to look across the pond to the campaign and presidency of Donald Trump to see that the norms and conventions of how politicians communicate have significantly changed. In very recent years past, who would have imagined a presidential candidate surviving a public airing of him boasting about sexual assault, mocking the disabled  or insinuating that the pro-gun lobby might be moved to assassinate his opponent?

Trump’s assault on language is daily evident and clearly part of his appeal to core supporters is in his decidedly non-traditional modes of address. He ran on the platform of being the anti-politician candidate who was going to drain the Washington “swamp” of corruption and cronyism.

In this sense, the eschewing of conventional political communication is part of Trump’s continual effort to demonstrate that he is somehow different to those who have preceded him. But far from freshening up politics, Trump’s extraordinary approach to the Presidency has devalued the office. The global perception of the Unites States now appears to veer from exasperated disbelief at how things now are, to a genuine fear that nuclear war is imminent. Trump’s farcical slanging match with the equally unpredictable Kim Jong Un of North Korea is devoid of any recognisable sort of diplomacy.

So For Trump read Johnson. The latter may well ride this particular storm and emerge as his party’s leader. All his misdemeanours notwithstanding, Johnson has political nous and an obvious ability to surface from controversy relatively unscathed. That’s an important factor in today’s political landscape. 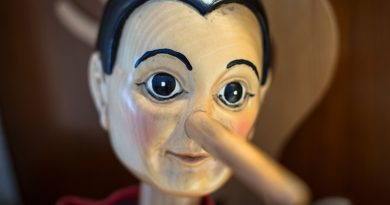