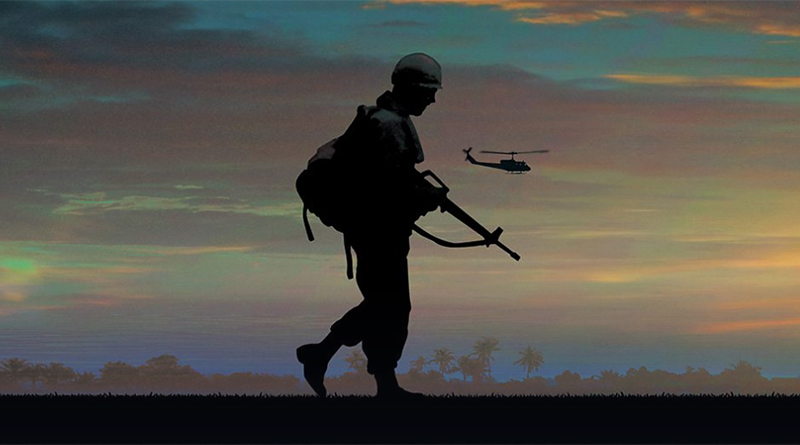 Last week, BBC4 broadcast the first instalment of Ken Burn’s ten part documentary series on the Vietnam War. The series has long been anticipated, not least because Burns is considered by many to be the US’s greatest living practitioner in the art of factual film. Indeed, his 1990 series on the American Civil war has been lauded as the country’s finest documentary and was the recipient of dozens of awards including two Emmys and two Grammys.

Initial reviews of the Vietnam War have generally been positive. In the Guardian Mark Lawson wrote that the series was, along with Burns’ other work, a television event “that will stand for ever in the history of TV” whilst in the Times Chris Bennon said, “this is serious telly. An exhaustive, intellectual series….worth every penny spent in the archives”.

There are dissenting voices, though. Nick Turse, an expert on foreign policy and author of several books including Kill Anything That Moves: The Real American War in Vietnam states that Burns (and long term co director, Lynn Novick) gloss over the devastating Vietnamese civilian death toll at the hands of the US forces.

John Pilger, the journalist, author and campaigner noted for his relentless criticism of United States Imperialism who reported on the war itself, wrote that the first episode was a jumble of “unexplained interviewees, ineptly cut archive and maudlin American battlefield sequences”. For Pilger the tragedy was in the mass homicides which were not news and do not feature (as yet) in Burns’ narrative.

Having not yet seen the series in its entirety I cannot common upon the validities of the criticisms. But it should be noted that any television documentary which purports to be as serious as The Vietnam War, whether we want it to be or not, cannot a simply be a retelling of facts. Documentaries are broadcasting constructs manufactured to lead the audience into positions of, say, sympathy or disapproval. A real life source may be identified and tell his or her tale but the information imparted may be inaccurate. What we get is a partial retelling of a story instilled with the value judgements of its creators.

That is not to say that such documentaries are simple propaganda. Film maker JR Martin has highlighted the difference between propaganda films and documentaries stating that “advocacy documentary” is open about its subject matter and explores the issues around that topic. Propaganda, on the other hand, obscures its true intent presenting falsehood as nonfiction.

But while the jury should remain out on the greatness or otherwise of the Vietnam War there is no denying that the war itself has a particular place in US cultural history.

The conflict is popularly known as the first “television war” in the sense that it was the first where television cameras reported directly from the areas of fighting. The impact of this is difficult for us to now to comprehend but imagine the sitting rooms of the United States when images of wounded and dead American soldiers were appearing on bright new colour TV sets. For the most part there was no military censorship and no requirement to see news reports before they were filed so audiences were confronted with the hideous reality of warfare. Added to this, pictures of Embassies under attack and apparent US weakness directly challenged the official line from the government and military which suggested victory was imminent.

As a matter of fact, the first television war has had profound consequences for the reporting of future conflicts. The US government sought to shift the blame for its withdrawal from Vietnam in 1975 and in the Falklands war of 1982 the Thatcher government was determined that television cameras would be nowhere the battlefields. As a result we are able to say that in 1982, despite the birth of satellite technology and the ability to broadcast live from the theatre of war, we saw the most poorly reported conflict since the Crimean war of 1854-1856. Indeed, the Falklands war was in many ways a war of a different era – no British television pictures for 54 of the 74 days the conflict lasted.

But even if the Vietnam War was the first war to be covered on television, it’s fair to say that it is remembered in the west for the power of the single image. The utterly shocking photograph of naked nine-year-old Phan Thi Kim Phuc screaming in the aftermath of a napalm attack remains the defining image of the Vietnam War and perhaps of all wars.

But as David Campbell (Director of Communications and Engagement at the World Press Photo Foundation) asserts, many of the visual icons we now associate with war – that is to say the work of Philip Jones Griffiths, Don McCullin and others – were “either rejected by the American media, published after the event, or were simply unrepresentative of the majority coverage.”

For British audiences unfamiliar with the war that lasted some 20 years, Hollywood has provided a consistent reference point. In this sense, it’s vital to acknowledge the role that cinema has played in shaping perceptions.

The critically acclaimed Deer Hunter (1978) is in many ways a beautiful and elegiac film but it principally concerned with how war corrupts. The lost innocence of the main characters is contrasted with the barbarism of the North Vietnamese and the hellish terrain. Notions of good versus evil are apparent throughout – not only in the notorious Russian roulette scene (a product of the imagination of director Michael Cimino, by the way)

Films such as Platoon, Casualties of War and Born on the Fourth of July tell the story of the war through the experiences of US soldiers. Perhaps it’s only Oliver Stone’s Heaven and the Earth (1993) which truly tries to humanise the Vietnamese people and highlight their suffering, too.

Perhaps it this wilful short sightedness that underpins the criticism of Burns’ work on The Vietnam War. It may be a classic piece of documentary film making but one which none the less concentrates on the US experience, sanitising and selecting material which doesn’t pay sufficient attention to the Vietnamese experience.

In John Pilger’s words from 1965 to 1975 the US dispatched its largest ever land army and dropped the greatest tonnage of bombs in the history of conflict. By the cessation of fighting at least 1,300,000 people were killed. 58,022 of these were American and the rest were Vietnamese.

How relevant is investigative journalism today?