Coca Cola is one of the official sponsors (or part of the ‘sponsor family’ as the International Rugby Board has it) of this month’s Rugby World Cup (RWC). The Atlanta based soft drink giant has traditionally associated itself with global sport – be it the Olympics or the FIFA football world cup. Indeed, Coke is, along with five other companies (including Visa and Adidas) one of the official ‘partners’ of FIFA and has an ongoing relationship with the game’s governing body which exists outside of the flagship tournament. According to IEG Sponsorship Consultancy, Coke and Adidas pay an annual fee to FIFA of between $24 and $44 million dollars for global rights to a full range of football activities in World Cup year or not. Both companies have a long relationship with the World Cup, too. Coke has had a ‘formal association’ with the event since 1974 and has been an official sponsor since 1978.

Coke’s involvement with Rugby Union stretches back to the birth of the World Cup in South Africa in 1995 and this year it will according to the beverage industry website, just – drinks  have,

‘exclusive soft drink pourage rights at all venues and fanzones across England and Wales. Coca-Cola’s Glacéau Smartwater and Powerade brands will also be made available to the 20 teams competing. ‘

The campaign will also see ‘Coke zero’ extensively marketed across TV and various public places and Paul Dwan, Coca‑Cola general manager of Rugby World Cup 2015 team has said: “Rugby World Cup 2015 looks set to be the biggest ever. We’re delighted to be a part of it to celebrate the excitement and passion the tournament will generate.”

As with the football World Cup of 2014 the aim is to show Coca Cola and Rugby Union seamlessly working together as a force for social good.  Quoted in RWConnect Marketing magazine Scott McCune, Coca-Cola vice president global partnerships and experiential marketing, summed it all up: for him, sponsorship is about recruiting the next generation of Coke consumers by getting them to fall in love with the brand. He said, ‘When you get to the World Cup, the target broadens out significantly. It’s not just the avid football fan, now the whole family gets engaged around the FIFA World Cup, so we look at that as an opportunity to continue our strategy – but to a much broader audience. And it’s relevant to every country around the world.’

So with RWC 15, Coke is just doing here what it has always sought to do: to place itself at the centre of human experience. Implicit through all its advertising (in common with all brands, you could argue) is the fact that the addition of a Coke can make any situation better, make any situation complete – the product is personalised and part of the family or social gathering. And as marketing strategist Tim Grimes has stated, personalised content is a core focus of brand practices – 78% of consumers feel that brands that create unique and personalised content are more interested in building a relationship with them (Hanley-Wood Business Media, 2013).

And sponsoring big tournaments works for Coca Cola. It had a very good FIFA World Cup – research undertaken by Millward Brown’s Consumer Neuroscience practice and highlighted in the Drum marketing magazine found that before and after the tournament Coke ‘was not only the most recognized sponsor in both [UK and Brazil] markets but also the fastest to be recalled.’ 81% of consumers associated the company with the event in the UK, in comparison with 91% in Brazil.

In respect of social media Coca-Cola’s Facebook following increased more than any other sponsor during the tournament, up by 2.5 million to 85 million whilst it’s Twitter followers reached nearly 26 million, increasing by 70,000 over the period of the tournament. It also had, out of the official sponsors, the most Twitter interactions including retweets, replies and favourites.

But not everything is rosy for Coca Cola. On June 18th 2014, days after the football World Cup began, it was reported that authorities in India had ordered the closure of the Coca-Cola bottling plant In Mehdiganj, a rural area some 25 kms from the city of Varanasi, in East India.

For some years activists have campaigned on the basis that Coke has instigated ‘land grabs’, depleted groundwater resources and polluted soil in areas of India where its bottling plants are located. The community in Mehdiganj relies on a groundwater system for all their water needs, including cooking, washing and the rearing of livestock. Since 1999 and the opening of the Coca – Cola bottling plant, though, according to the India Resource Center (IRC), Government data confirms groundwater levels have dropped significantly. Coca-Cola mines groundwater relentlessly in the summer months and according to the IRC: the practice of extracting the largest amounts of water during the summer months exponentially increases the hardships faced by the community as a result of an already depleted aquifer. In Mehdiganj, Coca-Cola has extracted nearly a million litres of water on a single day in the summer!

There are many, many such instances such as the above recorded. In March 2004 the Indian government shut the bottling plant in Plachimada, Karala after the Kerala Agricultural University found, according to the Hindu Times, that fodder, milk, meat and egg samples collected from the Plachimada area contained copper, cadmium, lead and chromium at levels considered toxic by World Health Organisation standards. The government also said that public health problems, displacement and migration of labour and destruction of the agricultural economy were the main problems in Plachimada identified as caused and contributed by the Coca-Cola plant.

In May this year the Norwegian based NGO, Association for International Water Studies, produced a report – Dead in the Water –which found that Coca-Cola’s commercial use of water had created or exacerbated local water scarcities in Mehdiganj, Plachimada and Kala Dera and contributed to ‘extensive social and environmental damages’ in India.

India along with China, where in 2013 Coca Cola opened its 43rd bottling plant in Shijiazhuang, Hebei province, is the growth area for the company. In 2000 Donald W. Short, then president of the Africa and Middle East Group for The Coca-Cola Co. was moved to say “I love India, but there are 3 P’s that I don’t like in India: poverty, pollution and Pepsi,” Short said. “My new P for India is perseverance … that is what is going to make us successful there.”

And persevere they have. In December 2013 the Times of India reported that Coke was to invest $5 billion in the country by 2020. Venkatish Kini, deputy president of India and South West Asian operations told a conference in Kolkata that, ‘our intent is to have enough capacities to cater to the growth opportunity that we see for our business in India. In the next three years, we plan to set up ten new plants in India.’

Of course the criticism from the Indian Resource Centre and others sits uneasily with the image of corporate social responsibility that Coke endeavours to project. It has over the years been associated with WaterAid whose aims in wishing to ensure clean water, sanitation and hygiene globally by 2030 are of course to be applauded. It is a charity which has an international profile and the vital backing of corporate partners such as HSBC and Unilever. And Coca Cola -who proclaimed on the #ToastToWater website in 2014: Inside every bottle of Coca-Cola is the story of a company that understands the priceless value of water, respects it as the most precious of shared global resources and works vigorously to conserve water worldwide. We can’t imagine treating water any other way.

So in the midst of such investment and bad publicity over its alleged malpractices perhaps we shouldn’t wonder at Coca Cola’s allegiance with Water Aid. This is classic ‘cause related marketing’ – businesses are eager to associate themselves with good causes because they boost sales, brand loyalty and come in an ethical packaging which deflects criticism. Also, to be fair to Coke, and if you believe their PR, the company is committed to change and the improvement of its systems: As a consumer of water and as a company with a presence that is both global and local, we have a particular obligation—and a unique opportunity—to be a responsible steward of water.

But is this ‘greenwash’? That is to say, disinformation by an organisation in order to present an environmentally responsible public image? Maybe things have changed. This month Coke announced that it expects to meet its water replenishment goals it uses to make its beverages by the end of 2015 – five years ahead of it’s own schedule. According to Sustainable brands since 2004, Coca-Cola has replenished an estimated 153.6 billion litres of water back to communities and nature through 209 community water projects in 61 countries. The Nature Conservancy, an NGO which has worked closely with Coke in its replenishment efforts, applauded the company’s actions. Mark Tercek, president and CEO of TNC said. “Coca-Cola’s commitment to water underscores that investing in nature can produce very positive returns for businesses and local communities. TNC is proud of its collaboration with Coca-Cola and congratulates the company and its bottling partners on a very significant achievement.”

The fact is, as the Economist pointed out: water is utterly vital to the success of the company; it simply cannot produce without it. And Consider Coke’s own statistic: For every 2.26 litres of water Coca – Cola uses, it produces one litre of product. So it is in the business interests of Coke, Pepsi and the like to invest in a future where this scarce, natural resource can be utilised in a way which doesn’t exploit communities and damage environments. If it really does want to ‘refresh the world’ this must be the way forward. 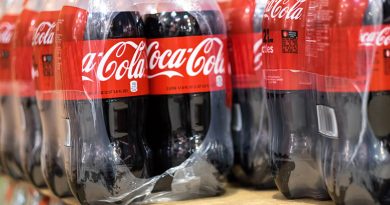 Is the ‘Real Thing’ getting real?