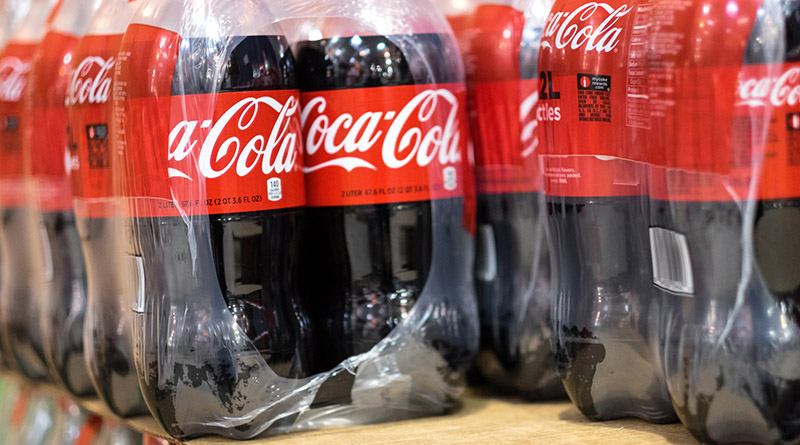 Coca- Cola – the world’s largest producer of beverages which reportedly serves 1.9 billion drinks in more than 200 countries each day – recently announced that it was going to double the amount of recycled material in their plastic bottles used in the UK from 25% to 50% by 2020.

It’s a move that’s long overdue. Particularly when one considers, as the Guardian reports, a million plastic bottles are bought around the world every minute with the number expected to increase by 20% by 2021. This could create an environmental crisis some campaigners predict will be as serious as climate change.

In many ways such an undertaking can be seen as an environmental victory for groups such as Greenpeace. Over the last three months Greenpeace has organised and encouraged – as part of a wider and more sustained general pressure – an email campaign upon Coke’s management to change its bottle manufacturing practices.

But far from seeing Coke’s efforts as genuinely laudable, Greenpeace sees little more than Public Relations damage limitation, designed to protect the brand from continued criticism. In Greenpeace’s view Coke is doing nothing to, “genuinely challenge the culture of throwaway single use plastic bottles and what little action they’re taking is restricted to Britain, and as any beach cleaner will tell you, ocean plastics is a global issue”.

The issue for Greenpeace, Friends of the Earth and other environmental groups is that this is just another example ofCorp Coca- Cola making green assurances which in the end don’t live up to the initial promise.

But is this ‘greenwash’? That is to say, disinformation by an organisation in order to present an environmentally responsible public image? That of course depends on who you believe and, Jon Woods, general manager of Coca-Cola Great Britain and Ireland insists that the recent announcements are evidence of their desire to endure all of their packaging is “recovered and recycled” . Coke will, according to Woods, “work in partnership with community groups and with the Government over the coming months to champion reforms of the recycling system in Great Britain.”

But the pronouncements of Coke’s commitment to environmental development are treated warily for good reason.

In India, particularly, reports of the company’s historic unwillingness to listen to the concerns of people locally affected by operating practices continue to be of concern.

In June 2014 it was reported that authorities in India had ordered the closure of the Coca-Cola bottling plant In Mehdiganj, a rural area some 25 kms from the city of Varanasi, in East India.

For some years activists have campaigned that Coke has instigated ‘land grabs’, depleted groundwater resources and polluted soil in areas of India where its bottling plants are located. The community in Mehdiganj relies on a groundwater system for all their water needs, including cooking, washing and the rearing of livestock. Since 1999 and the opening of the Coca – Cola bottling plant, though, according to the India Resource Center (IRC), Government data confirms groundwater levels have dropped significantly. Coca-Cola mines groundwater relentlessly in the summer months and according to the IRC: the practice of extracting the largest amounts of water during the summer months exponentially increases the hardships faced by the community as a result of an already depleted aquifer. In Mehdiganj, Coca-Cola has extracted nearly a million litres of water on a single day in the summer!

There are many, many such instances such as the above recorded and in May 2014 the Norwegian based NGO, Association for International Water Studies, produced a report – Dead in the Water –which found that Coca-Cola’s commercial use of water had created or exacerbated local water scarcities in Mehdiganj, Plachimada and Kala Dera and contributed to ‘extensive social and environmental damages’ in India.

Of course the criticism from the Indian Resource Centre and others sits uneasily with the image of corporate social responsibility that Coke endeavours to project. It has over the years been associated with WaterAid whose aims in wishing to ensure clean water, sanitation and hygiene globally by 2030 are of course to be applauded. It is a charity which has an international profile and the vital backing of corporate partners such as HSBC and Unilever.

So in the midst of such investment and bad publicity over its alleged malpractices perhaps we shouldn’t wonder at Coca- Cola’s allegiance with Water Aid. This is classic ‘cause related marketing’ – businesses are eager to associate themselves with good causes because they boost sales, brand loyalty and come in an ethical packaging which deflects criticism.

But is there action behind the rhetoric? According to Sustainable brands since 2004, Coca-Cola has replenished an estimated 153.6 billion litres of water back to communities and nature through 209 community water projects in 61 countries. The Nature Conservancy, an NGO which has worked closely with Coke in its replenishment efforts, applauded the company’s actions. Mark Tercek, president and CEO of TNC said. “Coca-Cola’s commitment to water underscores that investing in nature can produce very positive returns for businesses and local communities. TNC is proud of its collaboration with Coca-Cola and congratulates the company and its bottling partners on a very significant achievement.”

Also, to be fair to Coke, and if you believe their PR, the company is committed to change and the improvement of its systems: “As a consumer of water and as a company with a presence that is both global and local, we have a particular obligation—and a unique opportunity—to be a responsible steward of water.”

Ah there’s the rub. To continue to grow financially Coke needs to adapt whether its plastic bottles or water. As the Economist pointed out: water is utterly vital to the success of the company; it simply cannot produce without it. And Consider Coke’s own statistic: For every 1.98 litres of water Coca – Cola uses, it produces one litre of product. So it is in the business interests of Coke, Pepsi and the like to invest in a future where this scarce, natural resource can be utilised in a way which doesn’t exploit communities and damage environments. If it really does want to ‘refresh the world’ this must be the way forward

We should be glad that Greenpeace and friends are monitoring this process every step of the way.

Will the true voice on climate change please stand up?