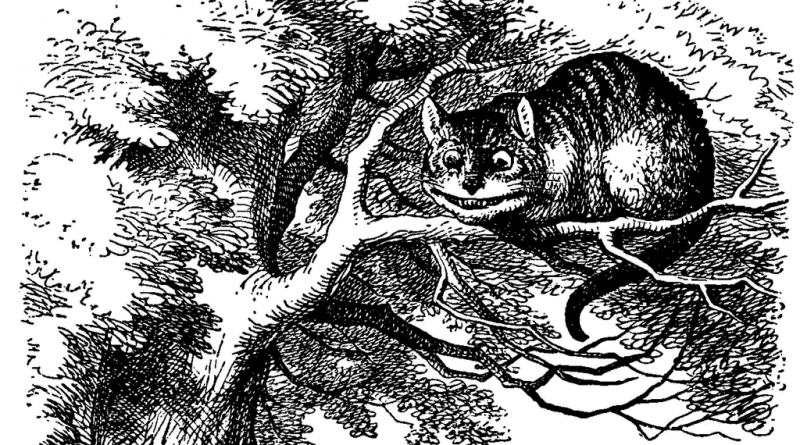 Ex-Tory MP and NewsCorp journalist Louise Mensch’s Twitter feed is riveting. And yes, at times, bizarre – although we are, frankly, living in bizarre (‘unpresidented!’) times. It is easy to imagine that, in Mensch’s world, everyone is a Russian spy – she flings out suspicions and accusations at a rate of knots, statements which can at times appear disjointed and senseless (and which invite from her followers and detractors a commingle of scorn, admiration and the occasional threat typed in Cyrillic) – but her ‘whack job’ notions are often borne out, even if her methods sometimes appear inconsistent and even incoherent. Her nose, one might say, is of bloodhound calibre, and her persistence extraordinary. Although, depending on facts that are yet to be revealed, she either broke the Trump wiretapping story that has overshadowed this past weekend, or – if found to be untrue – inadvertently triggered it with this article she wrote last November.

Since I mentioned journalist Glenn Greenwald in Rabbithole part one, I might as well mention him again. Greenwald, along with Edward Snowden and Julian Assange, is considered by Mensch to be in the service of The Russians. As well as being – along with Laura Poitras – one of the journalists who broke the Snowden story, Greenwald (again, along with Poitras) is one of the co-founders of online news source The Intercept. According to Mensch the outlet is a vehicle for Russian propaganda; she dubs it The Ivancept.

Mensch has criticised Greenwald for, as she sees it, undermining the case against Trump and arguing the case for Russia. In the previous Rabbithole I highlighted some of Greenwald’s comments on the so-called Deep State, which had been picked up by both Julian Assange and right-wing American talkshow host/conspiracy theorist Russ Limbaugh. Limbaugh, since then, has created a terrifying spectre known as ‘Obama’s Shadow Government’, with which he routinely menaces his audiences – and that’s another story. But back in January Greenwald ran a piece in The Intercept which criticised the easy Cold War ‘reds-under-the-bed’ rhetoric into which US media and other commentators have been so quick to fall. And it’s true; there is a disturbing ease with which anti-Russia hysteria can be, and has been, whipped up. It’s almost as if it had never gone away in the sixty-plus years that have elapsed post-McCarthy and the Rosenbergs.

Greenwald has repeatedly accused the Washington Post and other mainstream news outlets of spreading ‘false news’, and even went so far as to equate journalistic inaccuracy or bias with outright Fake News (or should I say: FAKE NEWS!!!!!!!), arguing that there was no verifiable difference between them. This, of course, foreshadowed Trump’s obliterating and obfuscating use of the term ‘fake news’, although I don’t imagine that Greenwald intended it in this way. The Intercept itself made the mainstream news last week on account of Juan Thompson, a former Intercept reporter who has been charged with antisemitic incidents in the US. This spurred Mensch to tweet triumphantly about the ‘Russian connection’, attracting bafflement and indignation from followers unable to keep up with Mensch’s whistle-stop tour of apparently tenuous links. Ironically, a statement published by The Intercept said that Thompson had been fired for making up false stories and sources.

Media reports have highlighted Russian dissatisfaction with the West’s framing of Russia as arch-villain, with widespread suggestions of Russian interference in elections across Europe (including, but not confined to, the Brexit referendum and the impending French general election). Moreover Russia denies that their US Ambassador Sergey Kislyak is a spy, although US media outlets and other commentators have been painting him unequivocally as such. There is no doubt that what Greenwald describes as the easy prevalence of anti-Russian stereotyping and paranoia is a groove into which we in the West can easily slip. At the same time, there is no question that there have been serious, and undeniable, compromises of intelligence with which the Trump administration seems blithely complicit at worst, preposterously naive at best. And yes, I’d agree that the previous sentence is a veritable triumph of understatement.

Meanwhile, National Untreasure Nigel Farage has left a snail-trail between UKIP, Trump and Russian State TV. In the space of a week he has argued publicly with fellow UKIP-er Douglas Carswell here in the UK, just days after being spotted in Washington with Trump. Then, as if by magic, he appeared on Russia Today, participating in a bizarre ‘knighthood’ sequence which ought to be required viewing for everyone in the UK – especially those who followed his lead in voting for British ‘sovereignty’.

In the same week The Guardian published reports about the questionable funding and methods behind the Leave-EU campaign, which it shared with influential alt-right news source Breitbart and psychographic AI/big data pollsters Cambridge Analytica. And long ago in August of last year it was good old Louise Mensch who had already sketched out lines of connection between Breitbart’s Steve Bannon, Farage and – wait for it – Putin.

Do I have the answers to any of these questions? Indeed I don’t – like most people, all I can do is try to keep up with the rumours. An article in The Conversation last week considered the proliferation of so-called ‘Rogue’ twitter accounts claiming to be staff from US state departments. Rogue POTUS Staff is one such case in point – the account claims to be run by a number of dissident White House staffers, but Mensch says the account is actually controlled by Steve Bannon. Several people took umbrage at this suggestion, casting doubt on Mensch’s sanity and another – somewhat confusingly – telling her that in saying such things she gave feminism a bad name. Others said they’d always assumed the account was just ‘liberal fan-fiction’, while yet others wondered – not unreasonably – what possible reason Bannon would have to create such a distraction.

The Conversation article drew no conclusions about the veracity of the Rogue POTUS Staff account, using Aristotelian rhetoric as a yardstick to gauge the linguistic tone. One might, however, draw some parallels between the rhetorical flourishes of Rogue POTUS Staff and diffuse hacking groups such as Anonymous.

This cannot be understated: The President of the United States is a Russian espionage agent.

Another Twitter account that has been flagged by Mensch as fake is @YourAnonNews – an account that claims to be associated with Anonymous but which, Mensch says, is actually the Russian hacking group Fancy Bear – the FSB – who have been implicated in the US Election hacking scandal. @YourAnonNews responded to Mensch’s accusatory tweet with:

Damn it Mikhail, she knows! https://t.co/J0nxlthB0B

As for Rogue POTUS Staff, there begs the question – in this entirely unproven and hypothetical Rabbithole schema – as to why someone like Bannon might conceivably be involved in such a ruse. Why would Bannon – so close to the new Caesar – seek to undermine the Trump administration? Clearly we have no idea, and presumably neither does Mensch, but meditating on the possible reasons why someone like Bannon even might have a vested interest in the fall of the (hopefully) short-lived Trump empire should give us pause for thought.

Whether he is or isn’t, we are dealing with narratives and counter-narratives that even at the most superficial levels are more convoluted than the Jabberwocky’s slithy toves. In any case, whatever happens I get the feeling Farage will still be around, grinning like a Cheshire Cat, and fading invisibly into the background.