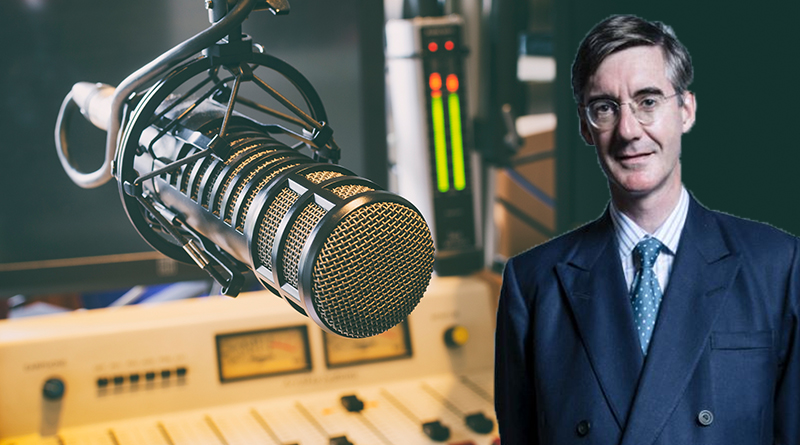 Despite the fact that the General Election campaign did not officially start until Wednesday with Prime Minister Johnson’s visit to the Queen and the dissolution of Parliament, it’s fair to say that for the Conservative party in particular it has been a miserable week since the date of polling was announced as December 12th.

It remains to be seen if Jacob Rees Mogg’s appearance on LBC radio’s Nick Ferrari show on Monday will be electorally damaging, but one thing is for certain – if the Labour Party is seeking to reposition the Tories as the “nasty” party, out of touch with the concerns of the ordinary voter and seemingly contemptuous of the lives and aspirations of those less fortunate than them , then they are being aided in that endeavour by the actions of senior Conservative members .

Responding to Ferrari’s request for a response to the assertion that the Grenfell Tower tragedy was caused in part by issues of race and class, Rees Mogg’s response included the contention that:

“The more one’s read over the weekend about the report and about the chances of people surviving, if you just ignore what you’re told and leave you are so much safer. I think if either of us were in a fire, whatever the fire brigade said, we would leave the burning building. It just seems the common sense thing to do.“

Perhaps the key phrases, here are “either of us” and “common sense”. Is Rees Mogg trying to say is that he and Ferrari would have made different decisions because they possess the common sense that the victims lacked?

This is certainly the way that the remarks were interpreted by most commentators and politicians. Sam Gyimah, the former Tory MP and now Lib Dem candidate for Kensington and Chelsea , told the Guardian that the comments were “insensitive and disgraceful” while Karim Mussilhy, whose uncle died in the fire, told the same newspaper:

“People like my uncle couldn’t leave the tower even if they wanted to and [he] was told on several occasions firefighters were coming to get him. He took comfort in that. Did he not use his common sense?”

Though Rees Mogg later apologised saying, “I would hate to upset the people of Grenfell if I was unclear in my comments“, he was unfortunately defended by his colleague, Andrew Bridgen. In an interview with Evan Davis on BBC radio 4, Bridgen stated that his extremely “compassionate and intelligent” very good friend had meant to say that he would have left Grenfell and therefore ignored Fire Service advice. Here is the following exchange.

Davis: But in a way that is exactly what people object to, which is he is, in effect, saying: ‘I wouldn’t have died because I would have been cleverer than the people who took the fire brigade’s advice.’

Bridgen: (pause and audible sigh) But we want very clever people running the country, don’t we Evan? That’s a by-product of what Jacob is and that’s why he is in a position of authority. What he is actually saying is that he would have made a better decision than the authority figures who gave that advice.

And though Bridgen also, inevitably, later apologised for his own remarks the entire sorry episode provides further ammunition for those who seek to describe the Tory party as aloof, uncaring, self-serving, knowingly arrogant and economical with the truth.

All of which are adjectives which may well be used by detractors to describe the actions of the Welsh Conservatives in their handling of the controversy around Ross England, who as this newspaper reported, was due to stand for the Conservatives in the Vale of Glamorgan in the 2021 Assembly election but was suspended last week. England was suspended after details emerged of a rape trial in 2018 at which he was a witness. The presiding Judge on the case accused England of “sabotage” and causing the trial to collapse through deliberate attempts to highlight the sexual history of the victim. Though Alun Cairns has now resigned as Welsh Secretary over allegations about how much he knew about the affair, the air of dysfunction that hangs over the Welsh Conservatives may take a while to dissolve.

Then there are the actions of Conservative Party Headquarters who edited an appearance of Labour’s Sir Keir Starmer on GMTV to give the impression that he was unable, or unwilling, to answer a question on Brexit. The minute long video, which appeared on social media, ends with Starmer looking forlornly at the camera after being asked by Piers Morgan: “Why would the EU give you a good deal if they know you are going to actively campaign against it?”

“You doctored the end of the clip you originally put out, to make it look like @KeirStarmer had no answer to my question. In fact, he answered immediately. You could have had plenty of fun with that interview anyway – why fake it?”

“Why fake it?” is a valid question. Perhaps it’s because, as Jim Waterson, the media editor of the Guardian, states, there is very little to be lost by parties peddling lies and deceptive information in an overall competitive environment where the ultimate objective is to get attention and coverage. It may also be a calculated risk that if and when this material is called out the news cycle, in this 24/7 hyper culture of story after story, will have inexorably moved on.

Which is why we should all welcome the creation of the @factcheck team at Channel 4 News who will be examining and reporting upon all the major claims made by political parties during the campaign. There’s also BBC’s Rory Cellan Jones and Faisal Islam’s Facebook Election Ads project which invites members of the public to send them the ads they have received via social media for critical inspection.

As I suggested might happen last week, the Labour party has begun its campaign by highlighting the perceived inadequacies and ineffectiveness of the mainstream media. On Monday, a video was posted online featuring Jeremy Corbyn sitting on what looked like a living room sofa, speaking directly to camera. In the short film, Corbyn describes his appearance on Andrew Marr’s BBC Sunday show. He was asked about a range of issues, which was “fine“. What was not so good was that Dominic Raab, who followed him, was asked nothing about allegations against Boris Johnson made in that morning’s Sunday Times. Corbyn seemed to imply that the Conservatives and the BBC were in cahoots. “This is how the establishment works“, he said, “they close ranks. They put privilege first.” This seems to me an obviously dangerous move to make which not only seeks to undermine trust in the BBC but also, clearly, suggests that the Corporation is deliberately acting against Labour.

In another video, Labour’s Momentum representative, Ash Arkar, appeals directly to Labour’s younger supporters. There’s a plan to defeat the right wing media, she says. The billionaire press barons are all against us and “we can’t exactly rely on the mainstream press for support“. The key is real people sending in their messages of Labour allegiance. Make a selfie, suggests Arkar, post it online, spread it about. Likes, she says, turn into votes.

Whilst this last assertion does seem like flippancy without basis what is incontestable is the fact that the parties of all persuasions are launching into their digital campaigns with gusto. It also may be, given the experiences of Rees Mogg, Bridgen et al, that party strategists begin to limit politicians’ appearances on conventional media. They are obviously having trouble in controlling the narrative.

What can’t be controlled are politicians’ unerring ability to waylay the best laid plans. With the shocking resignation of deputy leader Tom Watson on Wednesday evening and the tour of broadcasters undertaken by former Labour MP Ian Austin yesterday, where he explicitly criticised Corbyn and amazingly advised the electorate to vote Conservative, all Corbyn’s delight at the travails of the Tories will have vanished.

Just a few days into this most remarkable campaign and the main parties are doing more harm to themselves then to each other. 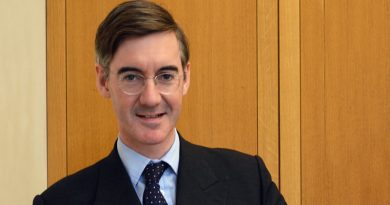 Cometh the hour, cometh the Mogg