At first glance it might seem odd to ask a documentary maker to run a workshop on investigative journalism, but there are many similarities in the practice of both.

Dr Janet Harris was invited to discuss the structures of investigative journalism at the University of Zagreb. from TV Student FPZG on Vimeo.

These are all traits that can be applied to documentaries. Many of the series I have worked on have taken over a year to make, involving detailed knowledge of legislation, regulations and obtaining the trust of very suspicious contributors.

Laura Poitras, who won the 2013 George Polk Award for ‘national security reporting’ related to the NSA disclosure, calls documentary ‘journalism plus’ and many similar famous documentary makers such as John Pilger and Alex Gibney are also skilled investigative journalists.

You must have a drive and a mission to do both. Like any form of journalism, research is everything. Students who want instant results can find the lessons of patience and the importance of rigour difficult, but if you get your facts wrong you can not only blow the piece of journalism but the reputation of the organisation behind it.

In an article for The Guardian this January, Peter Preston asked whether investigative journalism is finished, and argued that although the clout of the stories might have been weakened by diversification of output, the ways it was conducted lived on.

There are also arguments are that it is too expensive, that the traditional structures which support it are going and the legal penalties of getting things wrong are becoming prohibitive. However, as Preston argues, the ‘terrific stories’ live on. The success of Spotlight the Oscar winning fiction film based on the Boston Globe’s 2002 expose` of the Catholic Church’s systemic cover up of priest molestation, and the revelations of the Panama papers are testament to the relevance and importance of investigative journalism in society today.

The methods of investigative journalism are changing, as evidenced by the two examples above. The disclosures of the Panama papers could not have been done without data journalism, but the dedication, rigour and skills of the journalists to spot and tell the story in an engaging and dramatic way are abilities common to both of these accounts.

At the School of Journalism, Media and Cultural Studies both digital and computational journalism are taught.   There might be moves afoot here, but in the light of current media interests it is worth combining these skills with long form traditional journalism and programme making, or dare I say documentaries, to consider a course in investigative journalism. 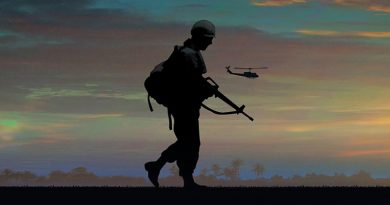 Will Ken Burns’ Vietnam War convey all the conflict’s horrors?