Does China want a Hollywood movie, a coke and a burger?

It’s clear that the financial influence of China is now global. It has invested $75 billion in Africa over the last 10 years and various countries, including Ghana, Sudan and Nigeria have been the recipients of loans, agreements and investments. In Nigeria, Goodluck Jonathan’s government has received $1.1 billion in low-interest loans to fund the construction of various necessary elements of infrastructure, such as airports, roads, and power plants  whilst In Ethiopia two Chinese companies are contracted to build the $2.8 billion (2.15 billion euro) line connecting Addis Ababa to the Djiboutian border by 2016. Remarkably, China’s state news agency, Xinhua, has nearly 30 bureaus in Africa, along with its own television channel.

In terms of Latin America, US dominance is on the decline while Chinese power grows. Perhaps the most significant aspect of  China’s investment in the area is the decision by the Nicaraguan congress to allow a Chinese company to build a canal through the country. Indeed, as Drew Thompson , expert in China Studies at the Centre for Strategic and International Studies in Washington, DC. has said, China’s deepening integration into the global economy and emergence as an economic power has seen its influence expand in Africa, reshaping political and economic relationships on the continent and heightening concern in the United States that China’s rise could challenge the U.S.’ traditional economic and security interests in the region.

Evidently the economic hegemony of the US is under increasing challenge from China. It is the world’s largest foreign holder of U.S. debt – the US government estimates that China holds at least $1.3 trillion of its bonds. According to the Independent, the total could be higher because Beijing is known to hold American debt through intermediaries. In total, the Beijing authorities have $3.5trn of dollar-denominated assets.

But US financial investment in China itself is on the up and in terms of the exportation of cultural expression, the US dominates China as it does the rest of the world. There seems to be an incredible appetite for Disney, Coca Cola, McDonald’s and the like. In 2015 Disney will open the $3.7 billion Shanghai Disney Resort, the first Disney resort in mainland China. Modelled on its American prototypes the resort will include two themed hotels, a large retail, dining and entertainment venue and an array of recreation facilities. It’s not the first theme park venture, though – Disney Shanghai opened in 2005 and posted its first annual profit this year.

Disney is also actively involved in teaching Chinese children to speak English. The first Disney English learning centre opened in Shanghai 2008 and within three years it had expanded to more than 30 centres around the country. One is reminded here of the burgeoning Soviet Union, where illiterate peasants were taught how to read – not so they could improve their lives per se – but so that they could more easily absorb Communist ideology. Shang Yang, chairman of Shangyang Enterprise Management Consulting Co says of the Disney reading projects ‘It’s a very efficient way of marketing their brand as well as the amusement park. They’re starting years early, brainwashing Chinese children and cultivating them as potential clients in a very indirect, yet penetrative, fashion.’

Last month Coca Cola opened its 43rd bottling plant in Shijiazhuang, Hebei province as part of a $4 billion investment plan for the Chinese market which began in 2011.  It has invested heavily in advertising and sponsorship – it was the first international company to sponsor both the Beijing Olympics and Shanghai World Expo.  But the key is the youth market and the company has run a series of campaigns to capture younger Chinese. In July this year Coke announced its introduction of “nickname bottles” following on from last year’s 300-ml mini-packs. These were introduced because research indicated that Chinese consumers preferred this style of packaging as it was  convenient for people to put in their pockets and keep their hands free. China is the real thing for Coke – In May Ahmet Bozer, President of Coca-Cola International, said, we want to make China our largest beverage market soon.”

The same applies to McDonald’s – by the end of 2013 the company wants to see 2,000 restaurants across the country where KFC and Pizza Hut reign supreme, despite recent falls in fortune. There are now over 3,200 KFCs and 500 Pizza Huts in 650 Chinese cities.

There are a few reasons for such success. As outlined by Stefan Michael and Howard Yu, Disney’s own research told them that cultural and historical traditions do not dampen Chinese appetite for products which are ‘iconically American’.  Decades of advertising Coke or the Big Mac as the natural extension of liberty, choice and the American dream has paid off. To the Chinese audience the purchase of US goods indicates social mobility, affluence and success. To draw on the Soviet example once again, when the first McDonald’s opened in Moscow after the fall of Communism, people were prepared to queue for hours and pay the equivalent of a few day’s wages not just for the burger itself but also for what it represented.

Hollywood movies are increasing in popularity, too. In 2011 Chinese films generated 2.7 billion yuan, or about a third of total box-office revenue, compared with 5.37 billion yuan for foreign films .US films grossed 44 per cent of the 10.2bn yuan taken in China in 2010. According to Dr Lo Wailuk, an associate professor at the Academy of Film at Hong Kong Baptist University, the Chinese adoration for Hollywood has its roots in the country’s economic expansion.’ The individualism, as reflected in western films, is what the younger generation is developing when they were growing up in the 1990s and 2000s,”

This astonishingly rapid rise of the relatively young moneyed middle class in China has created a situation where millions of people, for the first time, have the money to purchase consumer goods. And Disney, Coke et al, know how to sell. Dominic Barton of Global Management Consultancy, McKinsey & Company said in May, ‘By 2022, we expect China’s middle class to be consuming goods and services valued at $3.4 trillion – 24 percent of GDP. This has enormous significance for U.S. businesses. It is imperative that companies get to know the new Chinese middle-class consumer in intimate detail.’

In a recent article about the sale of shares in Twitter, Hamish McRae  wrote that the rise of social media, Google, the commercial web etc were examples of ‘soft power’- the expression coined by Joseph Nye  to express the ways in which US influence goes beyond its military capabilities. We can argue that the continuing growth of the above companies in China is evidence of that phenomena. The days of US financial dominance may be over as the economies grow to be interdependent but its cultural influence is clearly continuing. 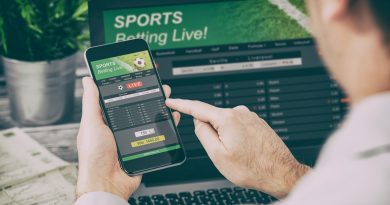 Advertising and the General Election: worth the money?