Ladies and gentlemen we are fast approaching peak Apple. In the last week we’ve seen the Steve Jobs biopic starring Michael Fassbender released, heard the current CEO Tim Cook tell the Daily Telegraph that the government’s plans for increased surveillance powers could have could have “very dire consequences” and been informed that the company is to create a 1,000 new jobs in Cork, Ireland. And, oh, there was also the extremely unedifying footage posted online of  a member of staff in the Melbourne Apple store asking a group of black students to leave because security is ‘just worried’ that they might steal something. Think different, indeed.

Perhaps this won’t unduly worry Cook because in October he announced that (fiscal) 2015 was the company’s most successful ever year with revenue growing 28% to nearly $234 billion. Outlining the dominance of Apple products, he said:

“We are heading into the holidays with our strongest product lineup yet, including iPhone 6s and iPhone 6s Plus, Apple Watch with an expanded lineup of cases and bands, the new iPad Pro and the all-new Apple TV which begins shipping this week.”

To put Apple’s profits in context, according to the Telegraph this is the biggest annual profit in corporate history, surpassing the $45.2bn made by ExxonMobil in 2008. Many analysts have reported that Apple is the world’s most valuable company with China set to overtake the US to become its biggest market. As Rupert Neate wrote in the Guardian, the California company now has more money in the bank than the Czech Republic, Peru and New Zealand make in gross domestic product (GDP) a year, according to World Bank statistics.

Apple’s power is literally without precedent. Technology writer Mike Elgin  pinpoints various ways in which this power has been attained and solidified and according to him, key amongst Apples’ achievements (in true business fashion) has been the consistent ability to outperform its rivals, Samsung, IBM and Microsoft.

Today says Elgin, Apple, which was once a fraction of the size and held a fraction of the PC market share of Microsoft, is now valued higher than both Microsoft and Google combined. In China, where home produced smartphones such as those made by Lenova  are gaining in popularity, the iPhone 6 and iPhone 6 plus top the charts. Amazing enough but doubly so when one considers that the average selling price of Apple’s handsets is nearly twice that of its nearest competitors.

There are some who attribute Apple’s success to their commitment to a relatively small range of products. Before Apple TV’s, there’s were phones, pads, pods, watches and Macs – that was pretty much it. Compared to the sprawling range of goods offered by Samsung it’s nothing and it means that the company’s designers and promoters can better channel their resources into areas they are familiar with.  The sayings and aphorisms of Steve Jobs have gained almost Confucian like currency since his death but perhaps one of his most famous utterances is relevant here. In an interview with Business Week in 2004 he said that innovation comes from

“saying no to 1,000 things to make sure we don’t get on the wrong track or try to do too much. We’re always thinking about new markets we could enter, but it’s only by saying no that you can concentrate on the things that are really important.”

That said, Apple is now at the forefront of what James Temperton  calls the ‘battle for control of people’s online reading habits’.  In October they also launched ‘Apple News’ a service for iPhones and iPads which in the words of Apple’s own publicity “collects all the stories you want to read, from top news sources, based on topics you’re most interested in — so you no longer need to move from app to app to stay informed.”

The aim is to provide news which combines ‘the rich and immersive design found in print with the interactivity of digital media’ letting the reader enjoy stunningly crafted articles that reflect the style of the publications they come from.

This last bit is important. Of course, Apple are not going to be content providers. Already signed up to do that are TIME, CNN, The Atlantic, The New York Times, Quartz, Vanity Fair and WIRED in the US with the UK represented by, amongst others the BBC,  Sky news, The Sun, The Financial Times and the Telegraph.

Also launched in October in a period of pre Christmas activity which on close analysis makes their competitors look moribund, was the fourth generation Apple TV – which features an A8 processor and 32 to 64GB of storage, along with a touch-based remote control that doubles as a gaming controller. It has a brand new operating system, “tvOS,” which includes deep Siri integration and a full App Store. It is worth noting that The BBC is developing a native iPlayer app for Apple’s new voice-controlled set top box. You can bet that ITV and Sky will soon follow suit.

All the indicators point to a future media landscape dominated by Apple. And that’s not all – according to experts like Mike Elgin  ‘Apple Pay’, a contact payment technology for iPhones and watches which enables the user to eschew a world of bulging wallets where an Apple product will do it all, has been taking the US by storm. In 2015, says Elgin, some two-thirds of all contactless payments are now made with Apple Pay. He believes it will grow hugely in the next few years to become an even bigger business for Apple than the iPhone. This is very likely – when Apple Pay debuted in the UK in July it did so in alliance with leading credit card companies and banks such as Visa, Mastercard and American Express Nationwide, NatWest, Santander, MBNA and the Royal Bank of Scotland.

The consequences of such monopolies of influence have long concerned political economists and cultural theorists. Richard Maxwell and Toby Miller  argue that the digital environment of wearable computers is a place where things relate only to other things. We might imagine otherwise, they say, but we relinquish a little more digital freedom each time we click on “I Agree.” This is a world where human agency and compassion become subsumed beneath a desire to own and consume. And there are always those whose blood and sweat make our electric dreams come true. In this wonderful Autumn of profit and launch for Apple the International Business Times reported on life at a major Apple supplier factory in Shanghai where workers toil “in excess of the tech giant’s self-imposed 60-hour limit per week, putting in 12-hour shifts six days a week.”

There is also the monumental potential damage to the eco system that our reliance on electronic goods may engender. As Maxwell and Miller point out around US$1 trillion a year is spent on electronics. There are over 14 billion network-enabled electronic devices needing electricity today at a rate equal to 15 percent of the total global residential energy in use. Without any changes to this trend, Maxwell and Miller reason, the residential electricity needed to power our digital conveniences will rise to 30 percent of global consumption by 2022, and 45 percent by 2030. This includes billions of dollars worth of electricity wasted while these network devices are on “standby.”

The presence of Apple products in our lives continues apace and shows no signs of slowing.  And with the company’s spending on research and development growing by 35 percent to more than $6 billion in 2014, we can be relatively sure that the Apple car is not too far away.

On reflection, then – peak Apple is nowhere near. 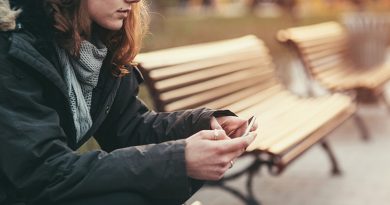