Few images have captured the peculiar horrors of the war in Syria more powerfully than the photograph and short video that emerged recently showing five-year-old Omran Daqneesh sitting in an ambulance after being rescued from the aftermath of an airstrike in Aleppo. Within minutes of the video (reportedly filmed on August 17 by photojournalist Mustafa al-Sarout) being uploaded by the Aleppo Media Centre the images were being shared on social media and gaining the attention of Western newsrooms. As the Financial Times reported, 24 hours after the original YouTube report was posted, it had had 350,000 views and been shared thousands of times. Former foreign secretary David Miliband, currently president of the International Rescue Committee, tweeted:

Tragic image of young boy in Aleppo reawakens the world to the most innocent victims of Syrian war: children. 6M remain in need.

In the UK, Omran’s image adorned the front page of Thursday’s The Guardian and Times . As Mailonline proclaimed “Image of Aleppo boy shocks world”, The Sun called Omran, “the young lad [who] reminded the world of the horror inside the war-torn nation”.

Though there were, perhaps inevitably, some claims that these events were staged and little more than anti-government propaganda, it’s not hard to see why, to use the tabloid exaggeration, these images captured the world’s attention. It is Omran’s preternatural response to what’s going on that is immediately arresting. Sitting patiently in the oversized orange chair, he seems oblivious, or indifferent, to the hell around him. His innocence is symbolised by this lack of emotion and stillness – which may emphasise the appalling normality of what he is experiencing.

It is reasonable to say, too, that with his longish, unruly hair and shorts and tee-shirt, Omran easily fits the Western archetype of a scruffy little boy. As Anne Barnard pointed out in the New York Times, his rumpled shirt bears the insignia of the Nickelodeon character, CatDog. This little boy could be your son – if the circumstances were different.

Images of children affected by warfare are of course startling. The utterly shocking photograph of naked nine-year-old Phan Thi Kim Phucscreaming in the aftermath of a napalm attack remains the defining image of the Vietnam War and perhaps of all wars.

As Susie Linfield wrote in The Guardian about the shocking images of three-year-old Aylan Kurdi, who drowned when the boat that was carrying him and other refugees sank en route to Turkey in September 2015:

Because children are vulnerable and blameless – the purest victims – depictions of their suffering have an extraordinarily visceral impact.

In cases such as Omran’s, it is not sentimental to be upset and infuriated, it is merely human.

But as Omran’s image trended on social media, the problem for many commentators was that the sharing of images would in all likelihood be the end of the matter. In The Independent, Will Gore wrote of the chaos of Syria and the fact that, though Omran had survived, the Syrian Observatory for Human Rights has estimated that to the end of May this year up to 14,000 children have been killed during the Syrian war with many tens of thousands more badly injured. In the Daily Mirror, the excellent Fleet Street Fox (Susie Boniface) stated:

You want to know the most awful thing about his picture? Sharing it is all we’re going to do.

Boniface’s observations are telling. It has become de rigueur to condemn atrocities via social media and in doing so believe that “we are doing our bit” through a very simple, quick and easy task. In today’s 24/7 news culture, information appears and disappears with rapidity and it could be argued that the shocking image of Omran may just be another ephemeral, temporary assault on our senses. We register our distress via hash tags and changed profiles while wars continue and images blur into one as the news cycle turns inexorably.

Because, as Aylan Kurdi so clearly demonstrates – we’ve been here before. The pictures of his death sparked debate around the war in Syria and the plight of refugees in general. In a display of unity and sorrow, the British media attempted to address the pitiful stories behind the scare-mongering, xenophobia and misinformation which had sadly been a feature of much of the previous coverage.

In an editorial beneath the picture of Aylan’s body, The Independentdrew attention to the 2,500 people who had thus far died trying to cross the Mediterranean and called on its readers to sign a petition “which urges the Government to accept Britain’s fair share of refugees fleeing war-torn countries”. The Sun, meanwhile, urged its readers to “help thousands of children like tragic Aylan Kurdi caught in the migrant crisis” by raising cash for Save the Children’s Child Refugee Crisis appeal.

Responding to what The Guardian described as overwhelming domestic and international pressure, the then prime minister, David Cameron, announced that Britain would accept thousands more Syrian refugees. “Britain has a moral responsibility to help refugees, as we have done throughout our history. We already are providing sanctuary and we will continue to do so,” he said.

On one level, Cameron’s statement was clear proof of the power of imagery and of public opinion in mobilising political action. But what has really happened in the year since Aylan’s death? Well, one of the first things Theresa May did on becoming prime minister was to abolish the Syrian refugee ministerial post less than a year after Cameron created it. And, in March, Oxfam reported that rich countries have resettled only 1.39% of the nearly 5m Syrian refugees.By the end of this year, the UK is set to take just over one-fifth of its fair share.

But arguments over the veracity  of Omran’s plight aside, there can be little doubt that such images provoke reaction and debate.  The real question is what impact they actually have in affecting the course of political action. 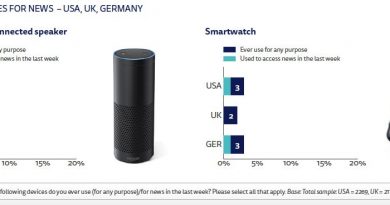