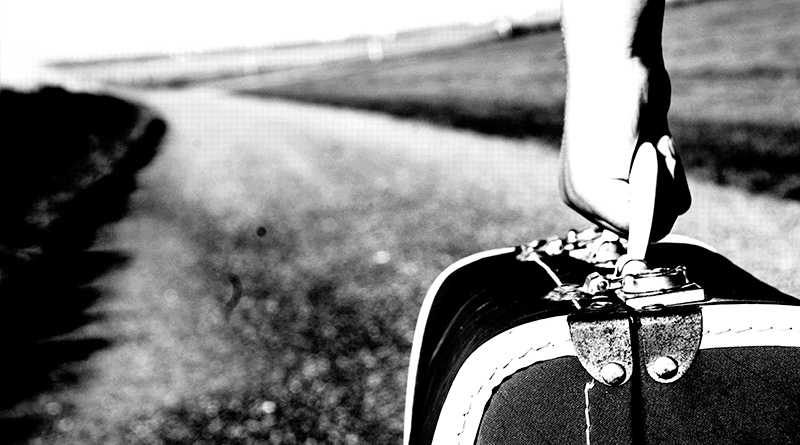 Dr Dafina Paca, whose research explores the discursive construction of identity/ies by Kosovo Albanians in the UK, summarises her recent research talk to the School.

Diaspora theorisation has for a long time acknowledged the importance of narrative, memory and myth within the discourses of diaspora population. However, the homelands from where diaspora originate have remained predominantly excluded from previous scholarship.

My PhD research on the discursive construction of identity by Kosovo Albanians, which I conducted at Cardiff University’s School of Journalism, Media and Cultural Studies, moved beyond traditional research with diaspora in host context societies in order to explore the Kosovo Albanians in Kosovo and as well as and alongside those in the UK. This research on memory was born out of this previous work, however it is still tentative and explorative.

Focusing on interviews and recollections of memories of migration, my presentation examined how individuals adopt collective memories as their own and articulate preferred personal narratives and memories of migration. I wanted to test this notion of preferred memories by using the idea of ‘Prosthetic Memory’ as developed by Alison Landsberg (1995; 2004) and I combined this with Pierre Bourdieu’s Social Capital theory (1986) through a Critical Discourse Analysis (Fairclough 1993,1994, Wodak et al, 2009) of interviews, in order to explore these memories of migration and their role in the construction of memory, forgetting, collective and individual pasts as well as identity. Based on interviews with Kosovo Albanians in Kosovo and the UK, this research suggests that collective historical memories are powerful hegemonic tropes that construct ‘prosthetic memories’.

Alison Landsberg (1995) suggested that ‘prosthetic memories…do not come from a person’s lived experience in any strict sense. These are implanted memories …’ (Landsberg 1996:175). Through Landsberg’s idea of prosthetic memory, I was able to identify and examine how collective memories, which are not necessarily based on lived experience, are transmitted and adopted and help constitute personal identity and histories of migration. These memories were produced, transmitted and discursively constructed collectively forming a dominant history of migration, as well as, personal pasts, social class and cultural capital (Bourdieu 1986). What I am suggesting is that homelands can construct discourses and collective memories about migration and diaspora that the diaspora will strategically either adopt or reject. I analysed the discourses and narratives of Kosovo Albanian interviewees in Kosovo about migration from Kosovo and compared this to the personal narratives by Kosovo Albanian interviewees in the UK.

Like Landsberg, I do not suggest that any memories are ever truthful, or real, and I maintain the subjective nature of all memory including prosthetic memories, however this research shows that prosthetic memories enable that relationship between individuals and collective and historical pasts regardless of whether they were experienced or not (Landsberg 1996: 192).

The initial empirical data from interviews with Kosovo Albanians in Kosovo and the UK suggests that collective memories of migration can cross and intersect both the host society and homeland trajectories. I wanted to explore this in terms of perceived social capital by diaspora groups, to find out if and how diaspora in the UK construct their social social standing and if such narratives and memories of migration, which originate in Kosovo, are adopted and adapted into personal memories as ‘prosthetic memories’ to legitimise some experiences while excluding others. What emerged was the integration of collective historical memories, within personal narratives or ‘prosthetic memories’, which were being constructed discursively and formed a dominant hegemonic narrative.

The Road to Yesterday

In ‘Prosthetic Memories: The Transformation of American Remembrance In The Age of Mass Culture’ Landsberg explores how technology and film impact memory. She describes the story of Bess from The Spectacular Train Wreck in Cecil B. DeMille’s 1925 film The Road to Yesterday (Landsberg 2004; 1) The film’s main character Bess Walsington Tyrell, ‘In a reversal of the journey undertaken by many immigrants at the time the film was made, Bess is blown back across the Atlantic. Interestingly, she lands not in present-day Europe but in the seventeenth century. Through the mechanism of the train wreck, Bess gains access to memories of events through which she did not live but which she will take on as her own and which will inform her identity in the film’s present’ (Landsberg 2004:1).

Like film, history as well as interviews, are produced in a cultural and dialogic process. They require construction through mediation and sharing between individuals across space and time. However, ‘prosthetic memory’ in terms of migration histories for Kosovo Albanians helps theorise the notion of assuming a collective memory that is privileged and replaces ‘actual’ experience whatever that may be. This helps explain why Kosovo Albanians in Kosovo construct collective memories about the diaspora which privilege and construct certain diasporic identities as urban elites and why such ‘prosthetic memories’ are adopted by Kosovo Albanians. What emerges from the interviews are strategic discursive practices that are presented by participants in order to construct and position themselves as more desirable and privileged subjects, in contrast to pejorative homeland constructions of diaspora in Germany and Switzerland, such as the ‘Schatzi’ (see Paca 2015).

These collective narratives and memories construct binaries between those diaspora and migrants who left for economic reasons and those who left as political asylum seekers. Despite a lack of clear official data about those who migrated to the UK, there is an assumption that most were educated and urban. Moreover, the interviews showed that the distinction ‘urban (educated)’-‘rural (un- educated)’ is important in terms of the value judgments attached to the diaspora, especially in terms of their perceived contributions to the homeland and cultural capital in both the homeland and host society.

This type of classification of the diaspora reveals the discursive construction of these memories around perceived social layers through which distinctions are embedded and linked to host-country place of residence. In these responses, a historic narrative of migration provides the structure through which the complexity and diversity of the Kosovan Albanian Diaspora is reduced and simplified into familiar binary categories of urban v rural, educated v uneducated, gastarbeiter v political exiles and integrated and un-integrated.

The interviews with Kosovo Albanians in the UK revealed that those in the UK obeyed these structures and narratives. All the interviewees in the UK narrated political motives and persecution for moving to the UK, thus constructing themselves as urban, political elite in binary opposition to the rural and economic guest workers in Germany and Switzerland. From the interview data, it was evident that destination and collective memories mattered greatly in how interviewees constructed their personal memories and pasts. The Kosovo Albanians in the UK highlighted that histories and collective memories that originate in Kosovo are embedded and deployed in discursive constructions of personal histories, memories or ‘prosthetic memories’ to construct preferred memories of migration.

This is work in progress and I would like to extend this framework to explore other memories, such as memories of conflict, to explore if ‘prosthetic memories’ are constructed due to preferred, privileged or glorified constructions of events, which then become dominant in the memories of individuals as well as collectives and how and what are marginalised or left out of these ‘prosthetic memories’.

Dr Dafina Paca is an Associate Lecturer at the School of Journalism, Media and Cultural Studies.