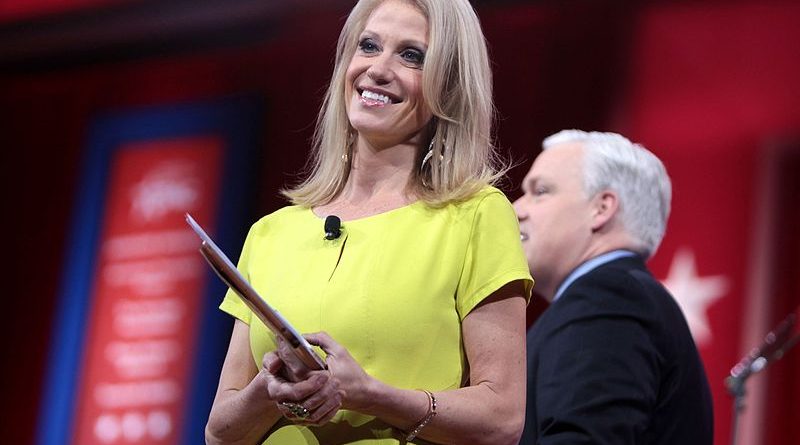 It was Oscar Wilde who once wrote that ‘life imitates art far more than art imitates life’. It was part of a dialogic essay called ‘The Decay of Lying’ ; it was published in 1891, and he claimed that ‘Lying, the telling of beautiful untrue things, is the proper aim of Art.’ Few would argue that ‘untrue things’ are usually (much less definitively) ‘beautiful’. Nonetheless, truth seems to be the word of the moment. If 2016 was the year of celebrity deaths, then so far 2017 has been all about veracity; a theme that has peppered the various scenes of political and social disarray that confronts us on a daily basis. Even Jeremy Corbyn and Teresa May have recently mouthed the phrases ‘fake news’ and ‘alternative facts’ – although it’s not clear whether either of them were doing so ironically. But while Britain has suffered its own gross indignities during the past twelve months, it is the American political arena that has been rocked so cataclysmically by waves of Orwellian Newspeak.

I need hardly mention POTUS 45’s colourful tweets, nor his so-called ‘counsellor’ Kellyanne Conway’s creative press briefings – not to mention the vaguely existential malaise that has fallen upon the media as it struggles with the idea of a ‘post-truth politics‘ (an idea which itself is already passe – if the present administration has its way, then truth will soon be a matter of state preference). As press secretary Sean Spicer argued about the size of inauguration crowds, Conway said that Spicer’s were ‘alternative facts’, shortly before she repeated a previous claim about a massacre on American soil that never happened; more recently, Trump advisor Stephen Miller has barked that the ‘enormous’ power of the POTUS ‘will not be questioned’. But even as some British tabloids are being called out by Wikipedia and even the UN as being fundamentally untruthful, commentators such as Roger Cohen in the New York Times have been quick to insist that there is no such thing as ‘fact-based journalism’. Rather ALL journalism, properly speaking, is fact-based.

That’s a worthy goal, but it hasn’t always been the case. The evolutionary ancestors of modern broadsheets were 16th-19th century broadsides, and these had at least as much relation to fiction as they did to fact. Bridging the gap between an encroaching modernity and a primarily oral and illiterate past – at least in terms of the majority of ordinary people – broadsides were more in tune with folklore than news; that is to say, folklore was news, and the proliferation of printing presses (try saying that with a mouthful of prawn crisps) spawned an entirely new literary genre: the broadside ballad. Titles such as ‘Reform and Repeal! Or, the English Radicals’ Plea for Ireland’ and ‘The Afghanistan War‘ may appear to have more in common with our modern journalism than, say, ‘Polly Perkins of Paddington Green‘ or ‘The adventures of a young whipstitch’, but the point remains that the blurring of fact and fiction in the dissemination of news-entertainment is nothing new.

The lines between truth and fiction were yet more blurred when a bizarre article in Vanity Fair revealed that recent events had been ‘prophesied’ in a 1958 TV Western called Trackdown, in which a small town demagogue called Trump convinces the townspeople that they are all about to die unless they build a wall around the town – and who threatens to sue those who call him a conman. The episode was called ‘The End of the World’, which might only suggest that ‘Trackdown’ might be Whitehouse strategist and former Breitbart editor Steve Bannon’s favourite show; numerous recent articles have portrayed Bannon as an apocalypticist. Life may imitate art, but sometimes art is downright prophetic.

Truth is not, and cannot be, a monolithic entity. In Rashomon, the short story by Ryunosuke Akutagawa that was made into a film by Akira Kurosawa, several conflicting versions of truth formed the fabric of the narrative. No one version of truth was prioritised over another; each character had a profoundly differing view of the circumstances in which a woman alleged to have been raped. Truth, viewed through such a prism, is only a matter of perspective; at least, that is how certain commentators would have us perceive things. Fox News’ Tucker Carlson recently argued against journalism professor Jay Rosen’s suggestion that the media ‘shun’ Kellyanne Conway because of her habitual untruths. Carlson posited that there is nothing unusual about politicians (and, indeed, journalists) massaging the truth and furthermore, chuckled Carlson, isn’t that how we get at the truth – through discussion, in order to work out what the truth actually is?

There is a difference between Truth as a multi-faceted diamond, and ‘alternative facts’ as a government ‘re-education’ programme like something out of ‘1984’ or ‘The Running Man’. Truth, according to the latter framework, is relativised as part of a values-based ideological system – one where dissent is not a matter of due democratic process, but is error.

Which is precisely why we should be wary of accepting questionable paradigms such as ‘fake news’ and ‘post-truth’, even as we accept the multifarious nature of truth – or even the dubitability of some parts of the press. Truth may be a matter of perspective, but lies are a matter of invention. Distinguishing the two, and the agendas behind them, has never seemed more important.