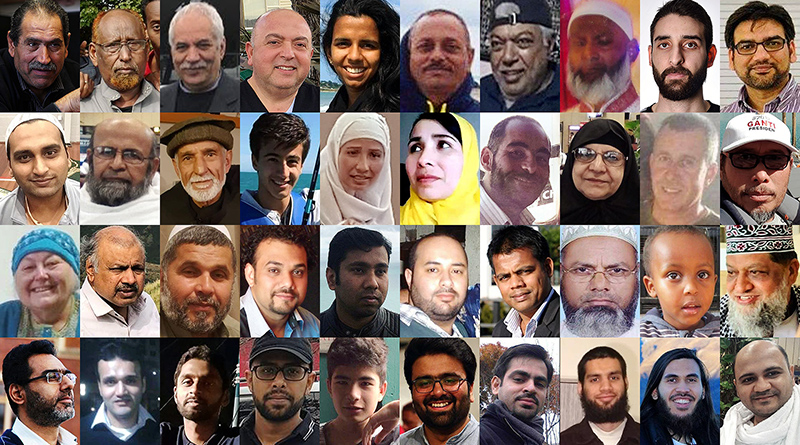 The disgust and outrage felt toward the perpetrator of the terrorist murders in Christchurch, New Zealand a few weeks ago is compounded by the news that he wishes to defend himself  in his forthcoming trial.

The concern, well founded considering the apparent skill with which Brenton Tarrant disseminated his manifesto before and during the massacre, is that he will use the platform to once again propagate his abhorrent ideology.

Thankfully, the New Zealand media appears to be ready to counter such actions by engaging in a concerted attempt to make sure that the judicial process is covered fully and that the opportunities for personal publicity are curtailed. Paul Thompson, the chief executive of Radio New Zealand explained that his organisation would operate with “really strong editorial controls” stating:

“Just because someone’s representing himself, perhaps, and makes a three-hour opening statement, you don’t have to cover every word of it,”

As Craig McCulloch reported on the Radio New Zealand’s website, Thompson has begun contacting others in the news business to see if they wanted to develop a joint approach.

“It’s no good if some of us exercise that restraint and other outlets don’t,” he said.

In the words of Miriyana Alexander the New Zealand Herald’s premium content editor and Media Freedom Committee chair, there is “real merit” in newsroom leaders having a group conversation about their coverage.

It is undoubtedly a welcome development, as it’s rare to see the media operating with an agreed unified approach to a news story. Though it is easy to see “the media” as one whole, it is obviously not a monolithic entity. It is a number of competing organisations fighting for individuality and audiences. This is a case of such horror that media outlets are willing to see past their competition.

Should they wish to use them, the New Zealand (and world’s) media will be able to utilise a number of guidelines available which advise how best to cover terrorist attacks. The United Nations Educational, Scientific and Cultural Organization (UNESCO) has produced Terrorism and the media: a handbook for journalists which aims to encourage a reflection about some of the ethical and journalistic challenges face, such as protecting victims dignity and avoiding over sensationalist coverage.

Then there is the advice from the Poynter Institute the non-profit journalism education and training center in St. Petersburg, Florida. In their best practice for covering mass shootings they advise, amongst, other things, naming the shooter only when necessary to helping the audience understand what happened. Journalists should also refrain from speculating about mental illness and giving platform to those unqualified to offer an opinion. Images of the shooter should also be avoided so as not to incite others who may be inclined to copycat acts. Similarly, overdramatic and sensationalist headlines such as the “the deadliest mass shooting ever,” should not be used.

All this is relevant because sections of the British press faced widespread condemnation for their coverage of the Christchurch massacre. As Buzzfeed’s News Mark Di Stefano reported, the Daily Mail website uploaded the gunman’s 74-page “manifesto”, allowing readers to download the entire document a matter of hours after the killings. Added to this, a Mail online report featured an edited version of the terrorist’s own video, showing him nearing one of the mosques preparing to shoot.

On the Daily Mirror website, a report ran with an extract of the video showing the killer firing at people from his car whilst the newspaper’s early editions on the Saturday after the Friday murders carried a front page picture of a the killer as a child with the headline “Angelic boy who grew into an evil far-right mass killer”. It was later changed to “Little boy…”

There was some support for the press, however. Dominic Ponsford, editor of the Press Gazette, wrote that anger directed toward the media was misplaced. Part of the job of journalism, he argued, was to hold up a mirror to society and when society doesn’t like what it sees – it blames those who report. What journalists were trying to do was make sense of events, “and tell the world what is going on.” In that reasoning, Ponsford wrote, it was understandable “that publicly available images and videos were used carefully to tell such an important story.”

And whilst news organisations quickly sensed mounting criticism and removed the online content swiftly once objections had been raised, for some the damage was done. Assistant Commissioner Neil Basu, Head of Counter Terrorism Policing wrote an open letter claiming:

“A piece of extremist propaganda might reach tens of thousands of people naturally through their own channels or networks, but the moment a national newspaper publishes it in full then it has a potential reach of tens of millions. We must recognise this as harmful to our society and security”.

Basu’s letter also praised the “sober and inspirational” New Zealand Prime Minister, Jacinda Ardern for setting an example to the media by refusing to name the shooter. She told her Parliament:

“He is a terrorist. He is a criminal. He is an extremist. But he will, when I speak, be nameless.”

In many ways, Ardern has come to embody the aftermath of the tragedy. Her quiet dignity, empathy and humanity highlighted by commentators the world over who could not help but contrast her manner and approach with the distinct lack of leadership on show in other western democracies. In this country, The Independent’s Narjas Zatat wrote of the five ways the world’s political heads could learn from her behaviour. In the Telegraph, Rosa Silverman wrote that Ardern’s compassion and strength spoke volumes about the quality of politics in 2019 whilst for Suzanne Moore  in the Guardian it was clear that Ardern was:

“a lioness and that to call so many of our current leaders’ donkeys is a disservice to hardworking donkeys the world over.”

For Gaby Hinsliff her decision not refer to the killer by name was striking. It should, she argued,

“prompt journalists the world over to reflect carefully on how they cover a trial the defendant may hope to turn into a self-aggrandising circus. “

We shall see how that develops.