After 54 years, Mary Poppins has made a comeback in the aptly named sequel, Mary Poppins Returns. Grossing more than US$300m worldwide (so far) and now nominated for two Academy Awards it is fair to say that Disney has a hit on its hands.

A quintessentially British tale, to many viewers the new musical is a chance to reconnect with their childhood, as well as pass on Poppins’ special brand of imaginative fantasy to their own children. But while it may have been an obvious success for Western viewers, in China, the Mary Poppins films have been something more of an underground hit.

When the original Mary Poppins was released in 1964, China did not have much trade contact with the western world. Understandably it would have been impossible for the film to have a national release in the country at that time. However, this doesn’t mean that Chinese audiences are not familiar with Poppins or her films today. The original film is currently listed on Douban – China’s most active online movie database and review platform – with a rating of 8.2 out of 10 from more than 4,700 reviews.

Since 2001, when China joined the World Trade Organisation, more and more Western films have been imported into the country. However, most films that have become hits in China are Hollywood blockbuster series. Mission Impossible, Harry Potter, and Fast and Furious are a just a few examples. Some of these films – including Mission: Impossible – Fallout (2018) – were also co-produced with Chinese film companies as a way to maximise the local market profit.

With its magical musical style Mary Poppins is a very different creature to these action packed films, but it could prove to be the start of a major diversification of film trends in China. Although an announcement is yet to be made on whether the Poppins sequel will be released in China, it already has a positive reception on Douban. Currently, the film is rated 7.1 out of 10 with over 1,000 reviews. These viewers will likely have watched the film outside of the country.

After evaluating most of the reviews of the original Poppins film, it becomes apparent that what touched the Chinese viewers was a very universal feeling, one that breaks through cultural barriers – a longing for the lost magic of childhood. Though admittedly the Douban rating comes from a small sample audience, this particular type of warm fuzzy feeling has already proved to be a mainstream success in China. Paddington, released there in 2017, grossed around £22m at the Chinese box office, gaining a high public rating of 9.2 out of 10.

Building on the success of Paddington and a high-profile Mary Poppins Returns release, it wouldn’t be too difficult for Chinese and US or UK companies to produce a new film that picks up on the delight of childhood. Co-production of films between Hollywood and China has already worked to make successful films which are enjoyed by several different markets. Take Bumblebee (2018), for example, which was co-produced by China’s Tencent Pictures and Hollywood’s Di Bonaventura Pictures, Allspark Pictures and Bay Films.

Although Mary Poppins Returns has already been made and released, the film – which was financed mostly by Disney, with parts of filming and post-production done in the UK – sends out an innovative message to Chinese film companies who are interested in working with partners in the future. A co-production does not necessarily have to be an amalgamation of two cultures or politics. A debatable example of the problems this cultural blending can cause came with US/China co-production The Great Wall (2016). Not only was there the casting controversy, the film was also criticised as something that didn’t have either a typical US or Chinese film style by attempting to achieve an “universal outlook”.

As a very different type of film, Mary Poppins Returns could be the spoonful of sugar that helps companies see that they need to focus more on what audiences want rather than what they think they need. Future UK-China co-produced films can be partly funded by China but still tell a story that is entirely set and produced in the UK without any forced appearance of any China or Chinese-related content. Hollywood has been practising this strategy for decades. And this strategy has certainly contributed a value to the economic and diplomatic ties between the US and the UK.

The small samples who have already seen Mary Poppins Returns in China show that there is most certainly an audience for this particular type of film. And a nationwide release of the film can only work to open many doors to creative and collaboration possibilities.

Hiu Man Chan is a PhD candidate at JOMEC and columnist for the UK-Chinese Times. Twitter: @H_onfilm 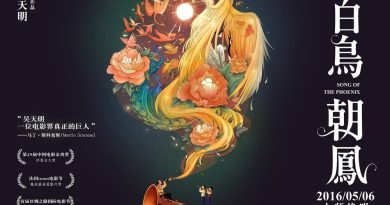 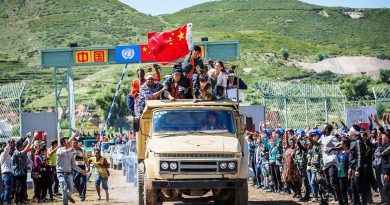