Recently I was at the National Gallery in Trafalgar Square to do some on-site research for a new book project. Whilst there, I noticed something of a commotion going on within and outside of the Sunley Room, the temporary exhibition space on Level 2. I will attempt to describe what I found therein.

Michael Landy’s (rather surprising) term as the National Gallery’s eighth Associate Artist is culminating in the Saints Alive exhibition running until 24th November. His term has been marked by an interest in exploring the Saints that pervade much of the Christian art in the Gallery, a desire made material in the startling exhibits on show in this final exhibition.

One aspect of Saints Alive constitutes a number of 12ft tall kinetic sculptures that are violently, and rather alarmingly, destroying themselves in the gallery space over the course of the Summer – although that’s not entirely true as in actual fact it is I, we, the visitor who is complicit in destroying them. Each sculpture has a foot pedal that, once activated by the viewer, sets the work in motion whereupon the Saints succumbs to their own brand of martyrdom; Saint Jerome beats his chest with a boulder, Saint Francis of Assisi bangs his head with a crucifix, and Saint Apollonia smashes herself in the mouth with a pair of pliers. These grotesque, noisy and unsettling characters have been the focus of much of the commentary the exhibition has received. Not surprising given how provocative they are, and how intricately assembled.

I was more interested however in the quieter, yet no less mischievous, works that adorned the walls at the other end of the gallery space.

There are a number of collages bringing together cuttings from exhibition catalogues and from high quality prints of paintings from the collection, with Landy’s drawings. These fragments scope out and extend the ideas for the sculptures beyond the possibilities of the kinetic pieces. The works are a bricolage of source materials available in the Galleries and give us food for thought in relation to the authority and authenticity of the originals, and their wider availability for such use.

Across the cultural sector we have seen a rise in what has been termed remix culture, that is, a culture that allows for user-creativity of original source materials.  We hear more and more about pro-sumption, active consumption, active audiences, mini-creators, co-creativity and co-production in the rhetoric. You only have to look on YouTube to see the popularity of remix in a variety of manifestations; musical mashups, re-creations of Star Wars, or parodies of political leaders. In actual fact however, Read/Write culture (to use Lawrence Lessig’s term) preceded the dominant twentieth century model (read-only), and might be seen as normative. Digital technology does however herald a revival of that culture on a scale unprecedented, and which demands attention (not least from the legal authorities).

It might seem radical for the National Gallery to allow Landy to re-imagine the collection in the ways outlined above (although it’s not unprecedented elsewhere, think of some aspects of Banksy’s installation at the Bristol Museum and Gallery a few years ago), but I wonder what might have happened should they have extended that capacity to the visitor also. Landy’s pieces become new derivative works in their own right, and thus protected by the same legal affordances of the originals. Only with the Gallery’s permission could Landy rip, distort and re-configure in the ways he has (they own the copyright) and if I want to do the same, I’ll have a fight on my hands. Playful interactives on site, or in the online exhibition portal, might have encouraged visitors or website users to do the same, to engage creatively and critically with Landy’s processes, and with the larger collection. There are a few nods to this endeavour – the Gallery ran a workshop for families on the 27th July which will encouraged them to ‘cut, collage and create’, and the shop sells a colour in version of one of Landy’s re-creations so visitors can ‘re-produce an iconic Landy image… in their own way’. Nice touches perhaps, but hardly radical.

If museums and galleries want to genuinely embrace the affordances of remix, they would do well to relax their understanding of their own authority, and their assessments of who and what constitutes creativity. 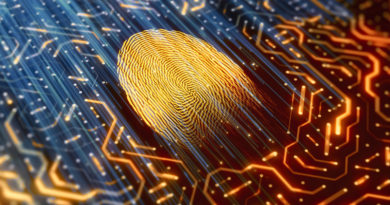 Between Digital Labour, Leisure and Liberation