There’s every reason to suppose that the current atmosphere of sleaze, allegation and resignation in high level British politics is not going to dissipate any time soon. The downfall of Michael Fallon and the suspension of Charlie Elphicke is likely to mark only the beginning of a process which will hopefully see an end to the historic culture of harassment and bullying seemingly endemic in the Houses of Parliament.

But in this climate of revelation, accusation and denial it’s important not to dwell on the personalities involved and to remember the seriousness of the wider issues. As Suzanne Moore  wrote in the Guardian, we shouldn’t be misled into thinking that sexual harassment is just boisterousness. What is being challenged now is a centuries old belief system which has allowed some men to generally behave just as they wish without being held to account. Ruth Davidson, the Scottish Tory leader, surely had it right when she stated that what was happening wasn’t actually about sex. Speaking after Michael Fallon’s departure she said:

In this sense, of course, Westminster becomes emblematic of society itself – where women in a variety of jobs and professions are beginning to feel emboldened enough to describe the situations in which they have been pressured, threatened and assaulted by men abusing their positions of power. In respect of the media industries, it’s encouraging to note that high profile female journalists have created a network called Second Source which will aim to provide support for women and tackle sexual harassment. The overall intention is to engender cultural change, which according to the London evening Standard’s Rosamund Unwin, will hopefully, “spread beyond the media to other workplaces, too.”

It should be acknowledged, though, that in the battle to change attitudes and practices, Second Source will likely receive opposition from those in the media professions, both men and women. Last week the Daily Mail (which, it should be known, is the only national newspaper with more female readers than male) published a series of pieces which belittled the experiences of journalist and broadcaster, Kate Maltby.

Maltby, who had accused Deputy Prime Minister Damien Green of improper conduct, was variously described by the columnist Jan Moir as “the single-minded Miss Maltby” and “self confessed outspoken feminist” who was “one of a group of young women making a big fuss about nothing very much”.
It’s precisely this sort of narrative framing and victim blaming that in the past has discouraged women from speaking up about their experiences. As Sarah Dittum wrote in the New Statesman: “when a woman comes forward, she knows her credibility will be undermined, her past picked over and her character demolished”.

It is also true that the tabloid (and for that matter, broadsheet) press is perhaps wilfully misrepresenting what has the potential to be a serious sea change in British social history. By viewing what is happening through the prism of another routine series of political ‘sex scandals’, the press coverage is obscuring the experiences of thousands of women in all walks of life.

But then, sex scandals and trivialisation are the lifeblood of British newspapers. Indeed, you could say that sex scandal is part of a rich cultural tradition and full of the very details that have been a feature of the popular press since the 1850s.

That was the decade when, according to Swansea University’s Professor Kevin Williams, a new journalism began to emerge which challenged the serious reporting and commentary of The Times. This “new journalism” aimed to entertain its readership – often with reports of crime, sexual deviancy and the peculiarities of human existence. The Sunday papers, as is the case today, carried the most salacious stories. As Williams’ records, the first edition of the News of the World in 1843 carried an “extraordinary story of drugging and violation”.

As the century progressed, overtly political content began to decrease in the popular titles whilst criticism of their content grew. But the proprietors and editors of the time knew that scandal and entertainment attracted readers. Perhaps it will surprise nobody that the first publisher of the News of the World, John Browne Bell, was unequivocal about what would sell his newspaper: crime, sensation and of course, vice.

The peccadilloes of the ruling classes have long been of fascination and as former shadow secretary for media culture and sport, Rhondda’s Chris Bryant, has written, sex scandals of all sorts – including adultery, homosexuality (when illegal) and murder – have gone hand-in-hand with political power for centuries. What would the modern world have made of Lloyd George? The Prime Minister for most of World War I known for his multitude of lovers and illegitimate children.

There can also be no denying that historically there has been public appetite for political sex scandals – but why is this the case? Perhaps, as Myisha Cherry suggests, it’s because we take “vicarious pleasure in the rule-breaking of another” and perhaps they provide a “distraction from the tedium of one’s own difficult everyday problems”. Simple familiar escapism, then, where unacceptable sexual behaviour is punished by public humiliation – followed, in some instances, by professional ruin.

But what is happening now subverts this paradigm because the usually silenced ‘others’ who only existed as background details in the follies of those in power, finally have a voice. And despite all the efforts of the tabloid press, the simple fact is they can no longer fully dictate the narrative. Social media and the rise of movements such as  the everyday sexism project are platforms at the centre of what I hope is now a concerted effort to challenge those in power who exploit their positions nefariously.

Some sections of this article appeared here in the Conversation 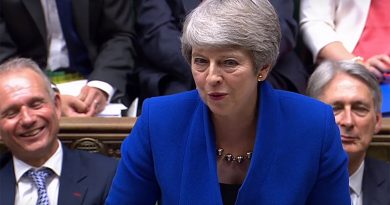 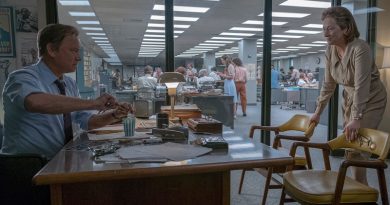