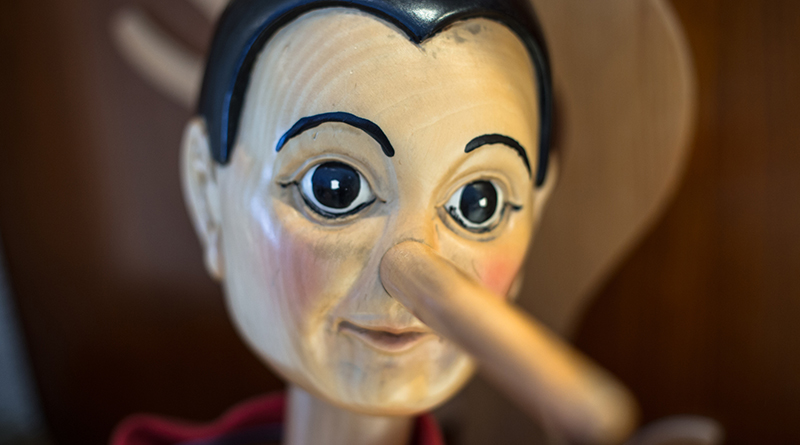 When I begin teaching my yearly undergraduate course on politics and propaganda, one of the first questions I ask the cohort is: why are our politicians considered to be so untrustworthy?

In all my years of leading the module the original, often visceral, answers never really vary beyond a passionately held belief that it’s because they are (generally) inherently untruthful, hypocritical and self-serving. Hopefully, as the module develops, the students will consider the validity of their initial observations against the body of evidence available.

The point being that if you are going to accuse politicians of being untrustworthy, dishonest and relentlessly propagandistic, then you are going to have justify why you believe that is the case.

In terms of the current UK government, one could argue that there is ample evidence to suggest that certain cabinet members are willing to sacrifice beliefs which were previously so vocally and strongly expressed in order to further, or sustain, their own careers. For example, as the Guardian and Channel 4 news recently pointed out, it was only a matter of weeks ago that senior Conservatives, many of whom seriously considered themselves as candidates for Prime Minister, were condemning the idea of suspending parliament with righteous indignation. Think Amber Rudd and Matt Hancock.

Think of the current Chancellor Sajid Javid, who stated in June that prorogation of the House should not be an option and that, “you don’t deliver on democracy by trashing democracy … we are not selecting a dictator of our country.” So where was he last week when suspension was announced? Nowhere to be found.

Similarly, Michael Gove, now grandly known as the Chancellor of the Duchy of Lancaster, said during the leadership campaign that suspension would be, “a terrible thing…if having said that we should have more power in this country and trust our institutions more….we did shut the doors on Parliament.” Last week, his position had changed. He told the BBC  that this was far from an attempt to stop debate on Brexit, but rather the PM’s attempt to use, “a new parliamentary session in order to ensure that the people’s priorities are met.”

In Channel 5’s crudely titled Why are our politician’s so crap? this week, veteran political journalist, Jeremy Paxman offered his own coruscating views of the current crop of MP’s. Unsurprisingly, Boris Johnson was the subject of particular disdain. According to Paxman, Johnson was a “classics spouting clown” whom you “wouldn’t trust alone with your own sister”. In an interview with former Tory leadership hopeful, Rory Stewart, Paxman said that Johnson the “charlatan” had lied. To which Stewart replied:

“Jeremy you’re right …. but I think people would say politicians have been lying for a couple of hundred years…the question is what type of lying journalists and the public let people get away with”.

And of course, Stewart has a point in both of the above assertions. But let’s deal with idea that politicians are somehow duplicitous and deceitful. We are only ten short years from the shock of the expenses scandal and William Lewis, who was editor in chief of the Daily Telegraph (which broke the story) wrote in May that events then are pivotal in understanding the present “profound, long-term disintegration of public trust in our political institutions”. After all, he stated, a few MPs spent time at the pleasure of Her Majesty and The Speaker of the House of Commons, the late Michael Martin, was forced to resign – the first Speaker to be effectively ejected from office since 1695.

Then there is Tony Blair whose recent political career has been blighted by the persuasive assertions of his dishonesty over the road to war in Iraq in 2003. As a matter of fact, the Chilcot report into the nation’s role in the war published in 2016 did not accuse Blair of lying but rather stated that the former Prime Minister “deliberately blurred the distinction between what he believed and what he actually knew.”  Which is not quite the same thing as lying. Nonetheless, Blair’s subsequent attempts to influence political matters in the UK have been affected by the general public opinion that he is not to be trusted.

We are in an age where trust in Westminster politicians are at an all-time low. The Ipsos Mori veracity index regularly shows “politicians generally” propping up the list of most trusted professions. This week a poll commissioned for use Channel 5’s debate on the abilities of MPs found that 70% of respondents thought their elected representatives were dishonest with 52% believing they put their own interests before those of the country.

Which brings us to the second part of Stewart’s reply to Paxman and what we expect journalists to do when they suspect dishonesty from an MP.  At the Edinburgh TV festival at the end of last month, the head of Channel 4 News, Dorothy Byrne said in the MacTaggart lecture: “Is it time for us to start using the L-word? I believe that we need to start calling politicians out as liars when they lie. If we continue to be so polite, how will our viewers know that politicians are lying?”

But this is not without its complications and journalists may find themselves falling foul of the law. As media law expert David Banks responded: “I would strongly recommend that journalists do not call people liars, unless you know, and can prove they are knowingly lying. That is quite different from telling them something they have said is not true. One is libellous, the other is not. Basics.”

In her speech, Byrne was open about Johnson as a “known liar” and called both him and Corbyn cowards for avoiding televisual scrutiny  “If they really believe in the policies they promote, they should come onto television to explain them, to allow them to be scrutinised and to justify them.”

Yes, in a way it’s obvious what journalists must do – subject politicians to rigorous scrutiny, be wary of reproducing propaganda without analysis and, as New Statesman writer Helen Lewis suggests, “ask questions even if they seem odd or niche. Pin down politicians on under-considered scenarios…. Tune out what everyone else is obsessed with, and ask ourselves: what could happen that no one is talking about?

So, we are at the end of another rapidly moving, unpredictable and tumultuous week in UK politics and I’d like to end on a positive note. Most politicians do not actively seek to mislead the electorate. Constituency MPs of all persuasions work tirelessly for the good of their localities (look at the fabulous work done by Carolyn Harris in Swansea East and elsewhere)  and seek to ensure that they serve with integrity.

I was minded of this on Tuesday when, in moves which disrupt the narrative of dishonest, self-serving MPs, 21 Conservative members defied a three line whip and voted against Johnson knowing that they would face expulsion from their Party for doing so.

Advertising and the General Election: worth the money? 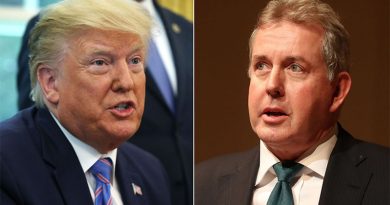 Vitriol and bluster – another week in political communication