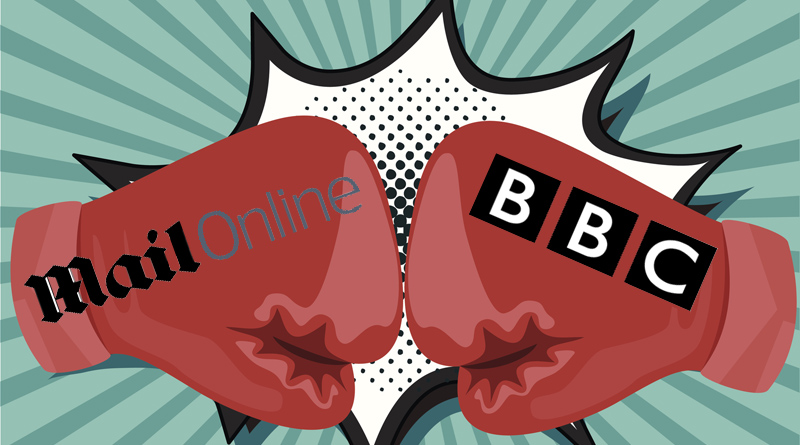 On Sunday 10th December, the Mail Online reported that the over the Christmas period last year the BBC “racked up” nearly £13,000 on taxis for workers in just three days.

James Price, from the TaxPayers’ Alliance, was quoted as saying: “Transport is difficult on Christmas Day, and no-one relishes working it, but these high costs are indicative of the BBC’s attitude towards spending”.

Well, fair enough. But perhaps the BBC’s Home Affairs Correspondent Daniel Sandford had it right when he responded that workers who have to get to work when there is no public transport (eg Christmas Day) sometimes use minicabs (NOT London taxis.)

In his view, this was an idiotic, daft story from increasingly daft newspaper.

This being the Mail, the bigger story was actually BBC profligacy and the Corporation’s wilful misuse of licence fee payer’s money and the report also took the opportunity to mention how much stars such as Gary Lineker were paid. Lineker, by the way, is frequently in the Mail’s crosshairs, partly as a result of his anti Brexit views  and what the paper sees as his left wing take on global politics.

But it was ever thus. A 2014 editorial in the Daily Mail said: “The enormous, unanswerable power of the BBC in modern Britain is comparable to that wielded by the trades unions 40 years ago. It is far too great and ought to be diminished.”

Which rather neatly encapsulates the Mail’s historical attitude toward the corporation and we should be aware of the steady drip of anti-BBC reports which appear both in its newspapers and online.

As a public institution, the BBC is an anathema to the Daily Mail. It stands for everything about modern society that the newspaper disapproves of. It enjoys the benefits of a fixed-tax system which allows it to fritter away public money on minority interests and inflated staff salaries. The Mail also believes, as Margaret Thatcher did, that at journalistic and management level, the corporation is inhabited by individuals dedicated to left-wing politics, multiculturalism and the dismantling of traditional values.

In completely unrelated news, it was also revealed this week that Daily Mail editor Paul Dacre received a pay package worth £2.4m this year, which is an increase of 1.5m from the year before.

Sections of this article appeared here in the Conversation

What kind of BBC do you want?