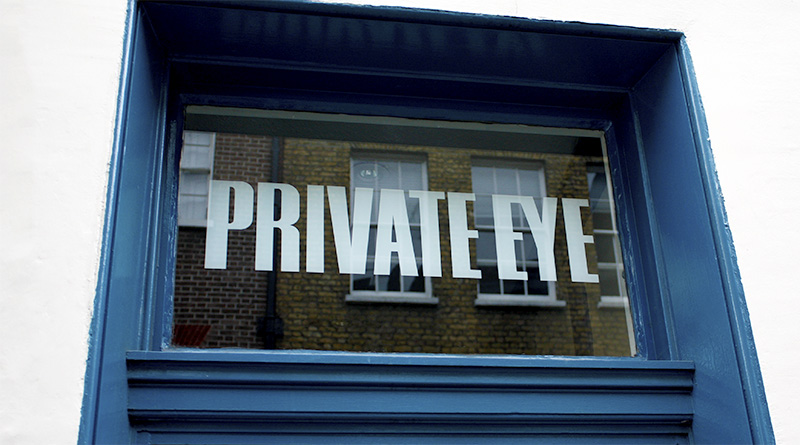 It’s a fair bet that champagne corks were popping all week at Gnome House, the abode of Emmanuel Strobes, the (fictional) proprietor of the satirical magazine, Private Eye. This is because, running contrary to the usual news about the moribund printed press, the Eye has recently recorded its largest ever circulation figures. And, according to reports in the Press Gazette the 2016 Christmas issue was a real blockbuster selling some 287,334 copies and weighing in as the biggest single sale in the 55 year old magazine’s existence.

Understandably, Ian Hislop, editor of Private Eye since 1986, did little to contain his delight. He told PG that there had been no additional marketing involved in the achievement – people really were buying the magazine. He added:

“I know we are niche and we are fortnightly but it is about having confidence in the reading public. I do think if people will pay £2.50 for a cup of coffee then they will pay [£1.80] for a copy of the Eye.”

Private Eye is not alone, either. The Economist, in a generally glowing six monthly report, revealed in June 2016 that print sales were up 2.1% year on year whilst the Spectator reports that its UK print sales are up by 10% in a year – which builds upon the success of 2016 which saw the political magazine break circulation records and sell more copies than at any time in its 189 year history. Also in rude health are The Week, the New Statesman and Prospect.

So what is it about these current affairs magazines that sees them buck the trend? First of all, the relationship between the reader and their periodical has always been unique. The connection is ritualistic and forged on a bond of trust. The reader knows exactly what they will get from one week to the next. This is why advertisers have traditionally been attracted to advertising in magazines. A close and tangible bond between reader and text renders, in theory anyway, the customer to the advertiser in a receptive frame of mind.

It could be that that Private Eye represents a constant in an ever changing world where, in contrast to so many other organs, it online profile is minimal. To get the full experience you simply have to buy it. It is also notable how important subscriptions are: as Campaign magazine reports, 57.1% of Private Eye’s worldwide sales come from subscriptions.

And Hislop is right – It’s true that the Eye is niche in that it enjoys an especially close bond with its readership which is defined by a series of codes and in jokes. Whatever party is in power and however vicious or ridiculous the political landscape the Eye is there with its regular features and, to the casual reader, impenetrable series of cryptic references and stock phrases. For Private Eye to be fully understood the audience must  have a certain knowledge to get the jokes – additional, even smug, satisfaction is to be gained by knowing what other people do not. In this way a shared intimacy exists between the creators and readers of the magazine. As Steve Neale and Frank Krutnik assert, such jokes “create a communal bonding between the participants which establishes a relationship of power, of inclusion and exclusion.” At its worst the Eye can seem too clubby, too insular – its HP Sauce and Street of Shame sections can often seem to be the product of gossipy schoolboys engaged in tittle tattle which is of interest only to a narrow metropolitan elite.

But Private Eye is not just about jokes, cartoons and newspaper misprints. A fundamental part of its appeal lies in its commitment to investigative journalism. Over the years it has built its reputation upon challenging the rich and powerful, frequently exposing itself to expensive libel cases. Quite often Private Eye has led where the conventional press has feared to tread. Beginning with the Profumo case in 1963 and through the work of the late Paul Foot, the magazine has never been afraid to tackle public figures (James Goldsmith, Robert Maxwell) and address issues (the deaths at Deepcut barracks) that would have in all likelihood remained uninvestigated. In this sense, its recurrent unwillingness to balance a story aside, the Eye remains, to the majority of its readers, a trustworthy source of information.

We may also be living through a golden age of satire and Hislop partially attributes the recent success of Private Eye to the “extraordinary” 2016 and the rise of Trump and the Brexit vote. Just about everything, he told the Guardian, makes good satire.  As Anne Karpf recently put it, laughing at powerful elites makes them seem less omnipotent and whilst the long term effectiveness of satire to contribute to political change is open to question, some of the most powerful critiques are coming from the scathingly brilliant Frankie Boyle in the UK and the relentlessly dedicated Saturday Night Live team on NBC television in the US. Melissa McCarthy’s superbly realised impersonation of Sean Spicer, Trump’s Press Secretary and Communications Director, has to date been viewed nearly 23million times on YouTube. You could argue that Spicer has been architect of his own misery but SNL’s habitual takedowns of Trump and his allies have certainly added to a prevailing attitude of outright ridicule and disdain which now seems to be directed at the Whitehouse from cultural quarters.

But back to Private Eye. As Steven Wagg has noted, though the Eye has always been at the heart of British satire it has been steadfastly conservative on cultural questions. But it is also responsible for, as part of a wider satirical tradition, creating an environment where those in power can be both lampooned for their idiocies and held to account for their excesses. Perhaps it is this dual purpose, in this post truth era, which is at the root of Private Eye’s continuing success.

“Private Eye” by Stuart Chalmers, used under CC BY / Cropped and lightened from original 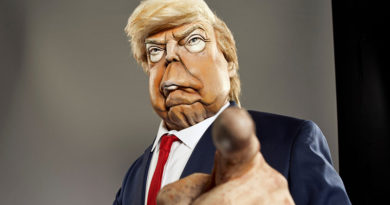 The return of Spitting Image