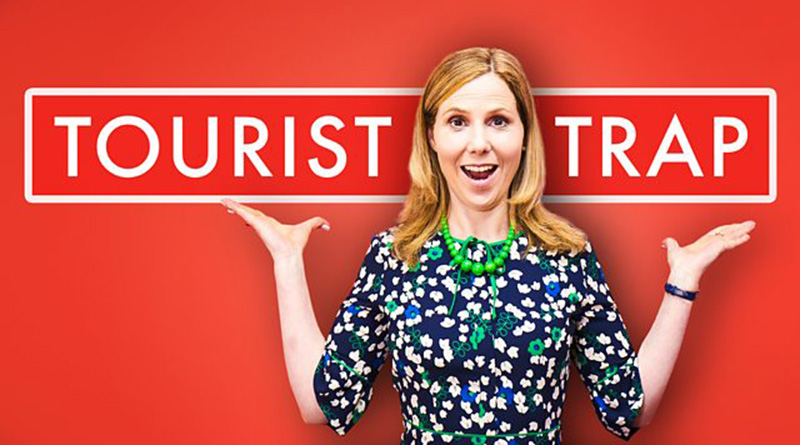 This week BBC Wales announced that it was to recommission Tourist Trap, the sitcom set in a dysfunctional Welsh tourism office and written by Gareth Gwynn, Sian Harries and Tudur Owen.

Broadcast throughout October on BBC 1 Wales and as part of its “Festival of Funny” season, the show, starring amongst others, Sally Phillips (Bridget Jones’s Diary, Miranda and Smack the Pony) and stand up Elis James, has proved a hit with audiences.

“The recent Festival of Funny demonstrated the wealth of comedy talent that exists in Wales. Tourist Trap, the first comedy on BBC Wales TV in nearly a decade was so well received by the audience that we wanted to establish it with a second run.”

Which is great. And as Nick Andrews, Head of Commissioning at BBC Wales said in respect of other recently broadcast comedies such as Outsiders, The Tuckers and Halfway:

“Audiences are consuming comedy across multiple devices and platforms and we want BBC Wales to be leading the charge and developing the generation defining comedy of tomorrow. This development fund will allow us to discover and then incubate the very best of Welsh comedy talent.”

Tourist Trap  is the standout. Perceptively written and superbly acted, it’s obviously set in Wales and is ostensibly about Wales.  But it’s really about so much more. It’s about the little fiefdoms that we build in our workplaces as it captures the delusional self-importance we all bring to our everyday roles. It’s the comedy of recognition in that sense and the comparisons to the peerless Office are valid, if a little unfair.

It is not artistically dishonest or creatively bankrupt to be influenced by the finest examples of the comedy genre. Besides which, the Office clearly owes a debt to rockumentary, Spinal Tap and the criminally neglected BBC series Operation Good Guys which was set in a police station and first broadcast in 1997.

Tourist Trap is, in fact, as much in the tradition of Dad’s Army as it is in the Office. Sally Phillips as boss character Elaine Gibbons is Captain Mainwaring – less pompous perhaps, but nominally in charge and constantly floundering. Sarah Breese as Kath is her Sergeant Wilson. Solid, reliable providing the knowledge to combat the ignorance.

Then there is Mike Bubbins as Wyn, a wheeler dealer in the Private Walker mould who is actually so much more. Underneath the fragile shell of bravado and bluster are a multitude of inadequacies and insecurities. Wyn is winging it. He knows it, we know it, and his brilliantly drawn partner Charlotte (Mari Beard) knows it best of all.  The sports clubs up and down the country are populated by people like Wyn. He is, like the majority of characters in Tourist Trap, operating at several levels above his capability trying his very best to convince everybody that he isn’t.

The elements of familiarity are vital to the show’s success. When call centre Kara (Mali Ann Rees) recommends to a potential tourist that they go down to Cardiff’s chip alley to have “so many different cuisines” including “chips, chips wi’ gravy, chips wi’curry sauce. I think tha’s abou it, to be honest” she does so in the broadest Kairdiff accent.

And in order for this very short sequence to be fully understood, a set of situations, speech patterns and locations need to be recognised. The viewer needs to know the reputation of Cardiff’s Caroline Street, that Kara’s accent is set firmly in the capital city, and that the character’s need to vouch for the truth even of the mildest of assertions is very much a South Walean verbal tic.

This is an example of a ‘conditional joke’ one that can only work with certain audiences. It’s a funny scene in and of itself but like Gavin and Stacey before it, Tourist Trap recreates certain situations instantly familiar to Welsh audiences. The idea is that additional satisfaction will be gained from knowing the obscurity of the references mean that only they will fully get the joke.

But are we in a golden age of comedy? Well, there have been so many ‘golden ages’ of British television comedy that the term is almost use without value. For John Cleese, speaking in 2009, the good times were over by 1990. He told the Daily Telegraph:

“We had a golden age of comedy from about the mid-fifties that went through for the next 35 years or so and I think it was absolutely wonderful. I just don’t think it’s as good at the moment.”

That’s quite a run, but the truth is, contrary to Cleese’s obviously personal view, each decade since the 1950’s and up to the present day has produced work which has been both lauded critically (the usual barometer by which quality is judged) and appreciated by audiences.

I think it’s fair to say that we are, in a UK context, in the midst of a period of creativity and excellence. Consider the 2018 nominations for BAFTA’s TV Craft Awards for comedy writing. Brother and sister team Daisy May Cooper and Charlie Cooper were nominated for BBC Three’s This Country. Paul Coleman, Peter Kay and Sian Gibson were recognised for Peter Kay’s Car Share whilst making up the foursome were Sharon Horgan and Rob Delaney for Catastrophe and Steve Pemberton and Reece Shearsmith for the astoundingly inventive Inside No. 9 . These are four works of art produced at the same time which, in my view, transcend the boundaries by which we define comedy.

Inside No9, for example, is notable for the tightness and economy of its writing. These perfectly self-contained dramas are concerned with the comic and the tragic and are Shakespearian in the sense that they appreciate the two elements are not mutually exclusive.

The “live” Hallowe’en special  was a stunning exercise in pushing back the limits of television. A genuinely thrilling experience that dallied with its audience perception of reality. This was true art unafraid of playing with form and expectation.

It’s very important that comedy programmes such as Inside No 9 get the critical acclaim that they do. As theatre director and academic Louise Peacock has pointed out, comedy has traditionally fallen into the territory of popular culture and has therefore been considered less worthy of appreciation or examination.

Those days are fortunately long gone and these are very fertile times. 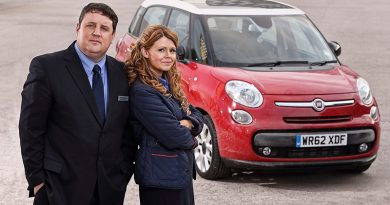