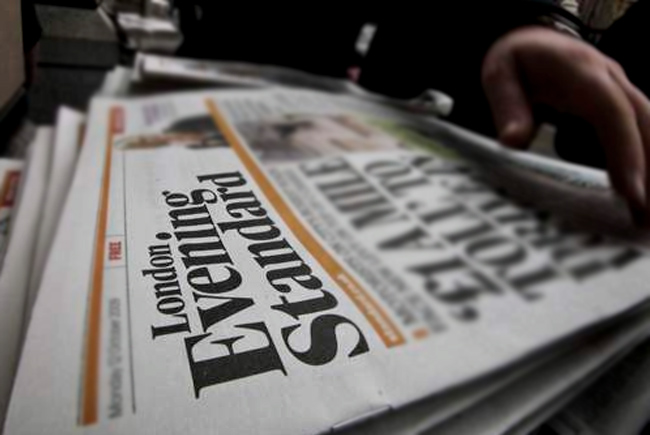 This article originally appeared in The Conversation

Three news stories in as many days have betrayed how little understood — or apparently respected — are some of the core principles which underline reputable journalism. For those who believe that trustworthy news and information — and strong institutions behind them — matter in a democracy it is a worrying sign. For the growing numbers of media cynics, it is further evidence of media elitism or corruption.

First, the story from James Cusick of openDemocracy that has alleged the London Evening Standard has been selling favourable news coverage to companies including Uber, and Google for £3m. The allegation is that the sales offer goes beyond “native advertising” (which is essentially paid for features that are clearly labelled as sponsored) to — more seriously if true — providing news coverage of those companies that is deliberately skewed to be positive. If true, it would mean the paper, edited by the former chancellor of the exchequer, George Osborne, had sold its editorial independence to corporate partners. How would any reader know if an article was independent or, effectively, paid-for public relations?

The newspaper has strenuously denied the allegation, but OpenDemocracy have stood by the story. Newspapers are going through a hard time and have to be creative to find new sources of income. But a fundamental principle of editorial independence is a wall between the editorial and commercial operations. If that is breached, editorial credibility collapses too.

The alternative explanation of course, is that openDemocracy is wrong — and this story is “fake news”. As I write, it’s impossible to tell — which means I will think twice before reading the latest copy of London’s evening paper.

And while we mention “fake news”, there’s the extraordinary tale of the Russian journalist who was reported to have been murdered on May 29 only to turn up alive at a press conference in Kiev the following day. Apparently Arkady Babchenko faked his death with the help of the Ukrainian secret police. The idea — allegedly — was to trap a gang who were actually trying to kill him. But no evidence of this has been provided.

As a tactic, it hands a propaganda win to the Russians who can say “don’t trust the Ukrainians or Babchenko”. It is a cynical exploitation of the hundreds of journalists who are actually killed each year pursuing crime or corruption — next time a journalist is murdered, those responsible can shrug and say “fake news – remember Babchencko?”

In future, the public can justifiably distrust any announcement from the Ukrainian government — or from Arkady Babchenko — and trust in others will be further corroded. For many people it also reinforces a sense that some governments and journalists work hand in glove — even while others try to undermine or actually kill reporters. Further evidence, whichever way you take it, of the politicisation of the media.

Which brings us to example three: Tommy Robinson. The former leader of the English Defence League was jailed at Leeds Crown Court on May 29 for a second offence of contempt of court. He had broadcast on his Facebook page live from outside a rape trial, confronting the Muslim defendants. His supporters say he was a “journalist” exercising his right to free speech. The court said he was endangering the trial and — after a similar incident in 2017 for which he had received a suspended sentence — had ignored the judge’s warnings, so was jailed for 13 months.

The social media debate demonstrated how little the principle of contempt of court is understood by sections of the public. It also underlined how casually some lay claim to the title of “journalist” and how swiftly some lay claim to their right to free speech — all the while ignoring the legal and social responsiblities that go with it, which professional journalists are trained to understand.

Of course, the more extreme of his supporters saw a conspiracy between mainstream media and the legal and government “elite” to silence his voice. In the end, even the loudest of social media protestations with the deepest sense of entitlement meets an implacable wall with the law.

What all three of these very different news stories illustrate is the loosening ties between business, government and sections of society with the principles which underlie independent, reputable journalism. Many will shrug and say the media has brought it on itself through cynical tabloid journalism, phone hacking and more. But this too misunderstands that different news organisations work to very different ends. The Financial Times is in a different business to The Sun, or the BBC to The Daily Mail.

The answer to the corrosion of trust and weakening institutional ties is complex. Greater transparency and accountability by the media is key – so the public can understand why some newsrooms deserve their trust; greater media literacy is important in an ever more complex information age where algorithms decide what we know and political agendas are rife. And politicians, activists and business need to recognise that undermining media standards is not, in the end, going to serve them well.