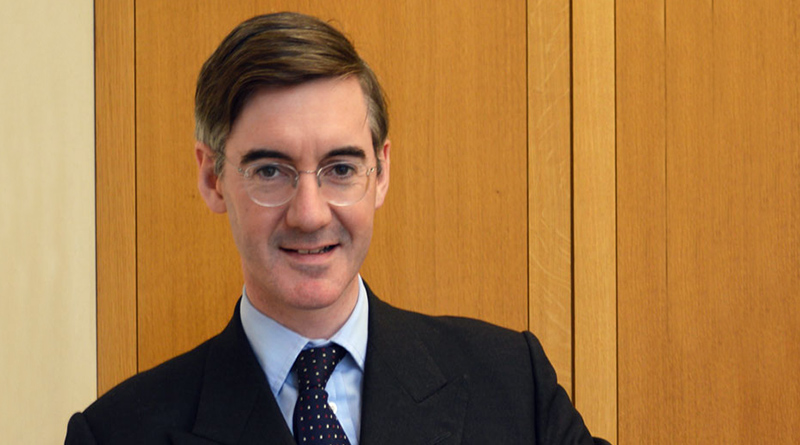 Jacob Rees – Mogg, the Conservative MP for North East Somerset who was once dubbed the “Honourable Member for the 18th century”, seems to be most visible of all the Tory members shaping up to challenge the premiership of the increasingly isolated Theresa May.

It’s been a busy few weeks for the hard-line Eurosceptic. He’s been involved in scuffles at a student event, accused civil servants of dishonesty, made various speeches and appeared on television accusing UK Brexit negotiators of being “cowed by the EU”. He has also, in efforts which hint at a modernity hitherto well hidden, launched his own podcast and posted a video on Instagram in which he appears to be teaching his toddler son, Albert, to say ‘Brexit’.

He also found time to address postgraduate journalism students at the Press Association in central London. Speaking very fondly of the oft beleaguered profession, he told attendees that journalism was “the most interesting thing to do”.

Disarmingly drawing attention to his own shortcomings as a journalist (“I wasn’t good enough”) Rees – Mogg then went on to state that politics in the UK would be “pointless” and a “dictatorship” if the media did not hold those in office to account. Reporting was, he said, clearly knowing his audience, “the most honourable profession to be going into”.

Rees – Mogg’s affection for journalism is presumably genuine and no surprise at all given that his father, William, occupied the position of editor of the Times from 1967 – 81. A noted and prolific political commentator who wrote for the Times until shortly before his death in 2012, Rees – Mogg the elder gained a reputation in his later years (especially in satirical magazine Private Eye which sardonically labelled him ‘Mystic Mogg’) for inaccurate predictions and false assumptions.

In mid-career, though, he was a journalist who was unafraid of taking risks and upsetting contemporary mores. In 1967 his most famous editorial questioned the judgement of sending Mick Jagger and Keith Richards to jail for drug offences. Under the headline “Who Breaks a Butterfly on a Wheel?” he wrote:

Despite this he was really a creature of the establishment and tradition. The later to be Lord Rees- Mogg was born into Somerset gentry, treading the well-worn path between Charterhouse public school and Oxford, where he became President of the debating society. As well as editing the Times he also sat on the BBC board of Governors and was chair of the Arts Council. Very much the well-dressed patrician in demeanour, he was famed for his pinstripe suits and occasionally floppy hair.

All this is to illustrate, of course, that the son is very much of the father and that part of Jacob’s appeal (recent polls of Tory members have him as favourite to be the next leader of the party) is in the familiarity and security of old school traditions and accepted roles. In this age of uncertainty, he is seen by some as a leader who embodies the sureties of the past – able and willing to defend those institutions and practices moulded over centuries as they are continually undermined by sinister forces.

It’s a mistake to dismiss Rees – Mogg as a simple caricature. He is emerging ahead of Boris Johnson as a serious candidate for Prime Minister because he has conviction and lacks Johnson’s (finally) electorally debilitating propensity for buffoonery. However much his views maybe considered reactionary and regressive, to some they are at least constant and reliable in the unpredictability of the post referendum world. Some of his views on international aid, climate change, same sex marriage and abortion attract as many as they repel.

His carefully worded non-denial when asked about his ambitions for the highest office also speaks volumes. Asked recently if he wanted to be PM he replied:

‘I’ve got six children, it would be very, very difficult as a family man, so want is not the right word, I’m very happy as a backbencher and what I do want is Mrs May to stay Prime Minister. “

It’s the classic answer of the consummate politician who wishes to demonstrate his suitability for office without expressing desire. It’s a sentence ripe for deconstruction.

Rees – Mogg’s masculinity (he’s got six children – he would never say kids!) is implicitly referenced perhaps to contrast with femininity of May, who of course is referred to as ‘Mrs’ emphasising his courteousness, reinforcing his reputation for good manners and the natural order of things.

As a ‘family man’ the inference is that his priorities are sound and he’s content with his lot as a backbencher. This in turn indicates a proper sense of duty, modesty of course and a loyalty to the Prime Minister when all he does want is for her to remain in office.

But that’s not all. Given all these caveats it would indeed be very (and the extra ‘very’ for emphasis) difficult for him to become PM. But crucially, there is no ‘never’. It’s about semantics now – want is not the right word, he says. Perhaps that would be too vulgar. If called to duty, though….

This one sentence reply to an oft asked question is a statement of intent, intended to enhance Rees – Mogg’s burgeoning reputation for integrity and readiness to do his duty.

Like many others, Rees – Mogg is clearly a politician of drive and determination – but his ambition is more subtle. Partially visible, perhaps, and not so obviously naked as Boris Johnson’s, but there none the less. 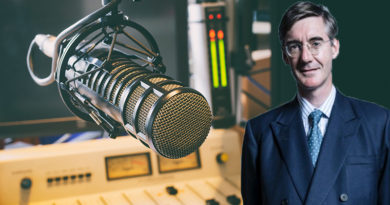 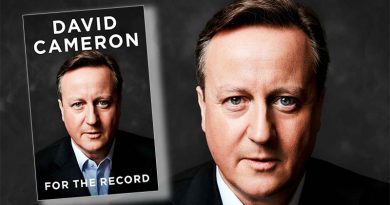 All political careers end in memoirs