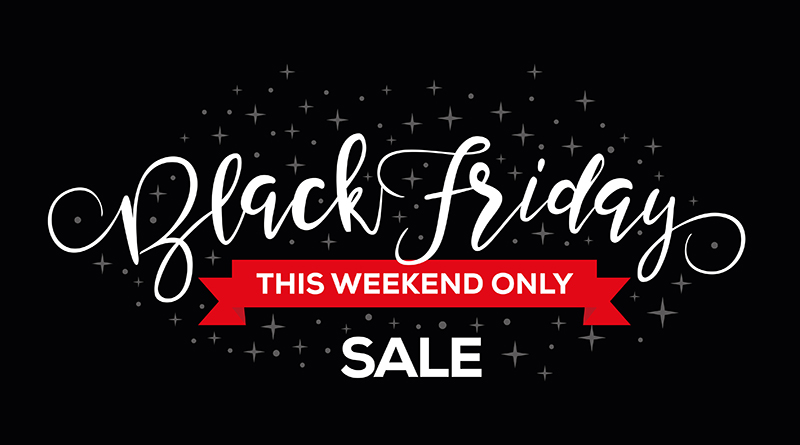 On the surface of it, one of the greatest oddities of modern society is that in the midst of a period of austerity and unprecedented debt we are encouraged to spend and spend without any thought for the consequences.

I write this because this week sees Black Friday, the culmination of a period in which British bargain hunters are expected to spend a staggering £10bn on Christmas goods . As the Daily Mirror puts it, “bargain-loving Brits” are on track to spend an average of £165 this Friday with a fifth planning a day off work so that they can devote their energies to looking for value. And, when it comes to payment, 39% of people will be paying by debit card, 27% on credit card.

In comparison to the rest of Europe, the British are profligate spenders. In 2016, research commissioned by RetailMeNot, the world’s largest marketplace for digital offers, found that UK citizens were, with an average household spend of £809.97, laying out 50 per cent more on Christmas than our European neighbours.

Black Friday is, of course, a US import. It always occurs on the Friday after Thanksgiving and represents the start the festive shopping season where the ‘black’ in the title refers to when stores operating at a loss (in the red) would discount merchandise and thus end up in profit (the black).

And although the practice has only taken hold in the UK in the last few years, its presence seems to be already indelibly stamped upon the nation’s psyche. In 2016 John Watton, of tech firm Adobe told the BBC “In just three short years, Black Friday has radically reshaped consumer spending over the Christmas period in the UK”. Isn’t that the truth – in 2013 the media was reporting, “frenzied” shoppers across the country clearing shelves within minutes, with people behaving like “locusts” and “savages” looking for a bargain.

Though the majority of us may be more temperate in our shopping habits, there’s no denying that we are (generally) a nation of consumers living in a culture of relentless advertising and promotion. At no time is this more apparent this than during the Christmas season, which seems nowadays to be in full flow before the dying embers of the last bonfire on November 5th

Consider just a few of the news stories of the past week or so: There’s the arrival of the Coca Cola Christmas Truck  in 42 British locations, the furore over the “banned” Iceland palm oil campaign  and the near hysteria which has greeted the arrival of the annual John Lewis Christmas ad starring Elton John.

These incidents clearly illustrate how culture has become commoditized. Indeed, a recent survey by the Advertising Association revealed that 47% of respondents were moved to tears by a Christmas ad they had seen or heard. Perhaps more tellingly, 16% also said that they had made plans not to miss the premiere of the eagerly awaited commercials.

The likes of John Lewis, Marks and Spencer and Boot’s know this, of course, and a tremendous amount of time, effort and money goes into ad creation. In 2016 UK advertisers spent an astonishing £5.6 billion in the approach to Christmas – for the very good reason that this is the time when people spend money.

Behind the heart -warming familiar imagery and lovable animals is a cold hard business sense. As Mark Sweney in the Guardian reported, John Lewis makes 20% of annual sales and 40% of its profits over the Christmas quarter. Craig Inglis, customer director and marketing chief, said “We make just over £8 [profit] for every pound we spend so the Christmas ad campaigns are hugely profitable.”

On an associative level, the idea is to make John Lewis an indispensable part of the Christmas experience and to suggest that the brand can provide for all eventualities. Look at Marks and Spencer’s Paddington Bear campaign of 2017 – not only was it spread across a number of different formats, the “Paddington and the Christmas Visitor” flagship ad  included reference to a number of products that could be bought in store. “This Christmas”, a voice invited at the commercial’s end, “let’s spend it well”. And, as a nation, we certainly do spend it well – it was projected that adults would spend an average £244 each on gifts in 2017.

Advertising, and a wider culture steeped in consumerism, invites us to spend ever more. It tells us that the route to personal and familial satisfaction is through the purchase of particular products. The wonderful world of the Christmas ads, with the snow and the traditional iconography are intentionally aspirational. We are meant to want to be just like that.

Black Friday offers capitalism without consequence, too: today without tomorrow and instant fulfilment. The “unbelievable bargains” and “HUGE discounts” encourage spending on products we don’t need with money we may not have. As Business Insider reports, store credit card applications “skyrocket” around Black Friday whilst interest rates on the average retail card have risen for the third straight year to 24.99% compared to the average general-use credit card APR of 16.15%, according to CreditCards.com.

But there are consequences. The fact is that for the last 20 years or so we have lived beyond our means where the opportunity to purchase goods without ready cash has been made possible by the ubiquity of quick and easy credit.  According to Money Advice Service in 2017 there were 8.3 million people in the UK with problem debt whilst the according to Peter Tutton, head of policy at StepChange debt charity,  an estimated 3.2 million people are using credit cards to pay for everyday household expenses. In 2018, average debt per adult in the UK has reached £30,537. The somewhat aptly named financial credit agency, Standard and Poor, has recently claimed that the UK’s total £200bn consumer debt is going to be unsustainable soon if current trends are not checked.

But what is produced must be consumed and advertising is the necessary adjunct of capitalism. As the economist Warwick Smith asserts, consumption has become integrated into our sense of identity and into our measure of progress. We may have to face up to the magnitude of this very soon.

This is an updated version of an article that appeared in the Western Mail, November 2017