The latest Labour election broadcast, premiered on March 30th, is a direct to audience address by the actor Martin Freeman, who you might know from The Hobbit, Sherlock and The Office.

It’s a curious affair – as Freeman stands alone, speaking directly to camera in a white studio, we are made aware of the artifice of the situation at once. We see the actor walk on the to the set and respond to the director’s cue amid the babble of the crew on the studio floor.

As he soliloquises in the 2.45 minutes available, the staginess of the enterprise is reinforced with shots of cameramen and lighting engineers. Through these stylistic nods to the conventions of fly-on-the-wall TV, for which Freeman was once known, perhaps we are meant to contrast the contrivance of the situation with the seriousness and reality of the issues of which he speaks.

Or perhaps we are meant to think that this is a break in the actor’s schedule, which he has chosen to fill by telling us that:

We are in the run up to a general election and you are going to hear loads of claims from people from the left, on the right, all over the place. It’s going to drive you mad. It will probably drive me mad. It boils down to a choice between a Labour government and a Conservative one.

He ends with: “Really, for me, there’s only one choice, and I choose Labour”.

The video finishes with a voiceover from another actor/celebrity and long-term Labour supporter David Tennant, who intones:

This election is a choice between the Tories’ failing plan and Labour’s better plan for working families. Britain succeeds when working people succeed. Vote Labour on May 7.

At the time of writing, the broadcast has clocked up nearly 219,000 YouTube views, which is remarkable if you consider that Labour’s previous effort: “Why David Cameron wouldn’t debate Ed Miliband”, which was released a few days before Freeman’s, has garnered only 35,000.

At the very least Freeman’s presence indicates that some people are sufficiently interested enough to go online hear what he has to say – good news for a Labour party which over the past 20 years or so become relaxed about using celebrity endorsements.

Things can only get hipper

Blair’s early years gave the impression of a government in coalition with the UK’s arts community. At Downing Street during the first hours of victory in 1997 were (among many others) Helena Bonham-Carter, Bob Hoskins, Richard Wilson, Noel Gallagher, Jarvis Cocker, Ross Kemp, Mick Hucknall and Ben Elton.

In the campaign of 2001 they produced arguably the sunniest election broadcast ever witnessed as cricket umpire Harold “Dickie” Bird, Welsh athlete Tani Grey and perhaps crucially Geri Halliwell (who was number one in the charts at the time) showed us a Britain of community, achievement and prosperity.

On the night of original transmission the viewing figures were 12m across the four terrestrial channels. That’s right, 12m. What would any party give now for a fraction of that total?

Even pop stars get the Blues

The Tories have been no slouches in the area of celebrity endorsement, either. Recent public supporters have been have included Gary Barlow, Simon Cowell – who, writing in the Sun in 2010, described David Cameron as a man of “substance” with “the stomach to navigate us through difficult times” – and Jim Davidson.

The comedian has for decades been vocal in support of the Tories, going as far as to donate £5,000 to Iain Duncan Smith’s successful bid to become party leader in 2001 – the same year, incidentally, that he was awarded an OBE. At the time, Davidson described Duncan Smith as a “very, very caring man”.

In the interests of balance let’s not forget the Lib Dems who, in 2010, were supported by the likes of Daniel Radcliffe, author Kate Mosse and satirist Armando Ianucci who suggested (presumably not satirically) that he would be, “Voting Lib Dem this election because they represent the best chance in a lifetime to make lasting and fair change to how the UK is governed”.

The current campaign though, like its many predecessors, has its share of various celebrity “un–endorsers”. There have been many in the public eye over the years brave enough to tell us that should Labour/Conservative/Lib Dems win they would leave the country.

The latest to do this is Katie Hopkins, who may not exist outside of cyberspace and whose principal function appears to be offending the fragile sensibilities of twitter users. She tweeted of Miliband:

If this man is Prime Minister I will leave the UK. This man is not Great Britain. This is Russell Brand in a chuffing suit #Battle4Number10

Hopkins joins an elite band of would-be exiles – including Sir Andrew Lloyd Webber, Frank Bruno and magician Paul Daniels(who said that if Blair won in 1997 he would: “call it a day in Britain, take the money and go and play golf”).

More recently Griff Rhys Jones stated that should Labour prevail in May it would be the proposed mansion tax which would send him to “probably go and live abroad because I could get some massive palace which I could restore there“.

If that didn’t send Miliband scurrying, the news that Ant and Dec may desert the good ship Labour certainly might. In February the duo told The Times they found it difficult to picture Miliband as prime minister and did not know what philosophy Labour stood for

This may turn out to be a significant moment. It was former US president, Lyndon Johnson, who is quoted as reacting to the news that legendary US newsman Walter Cronkite no longer supported the Vietnam war by saying: “If I’ve lost Cronkite, I’ve lost Middle America.”

Now we must ask of Miliband: if Ed’s lost Ant and Dec, has he lost middle Britain?

If the voter is engaged with politics and is actively thinking of politics and political issues then the effect of the celebrity endorsement is negated.

But if the viewing figures on YouTube for Martin Freeman’s broadcast prove anything it’s that celebrity brings the audience to the product. And it was ever thus. Writing in The Guardian, Jonathan Jones noted that Nick Clegg’s recent selfie with Joey Essex portrays a political system in crisis. Would Margaret Thatcher or Tony Blair ever have posed with Joey or indulged his daft questions, he asked? He says not – but of course they would.

As Blair makes clear in his diaries, he knew from his formative days in politics the importance of popular culture. And as for Mrs Thatcher, didn’t she appear on the kids TV show Saturday Superstore while she was PM? She certainly did – that and the late and unlamented Jim’ll Fix it, too. 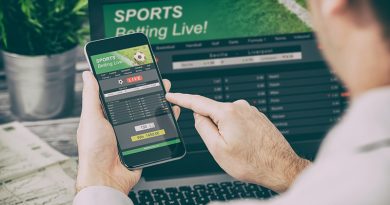