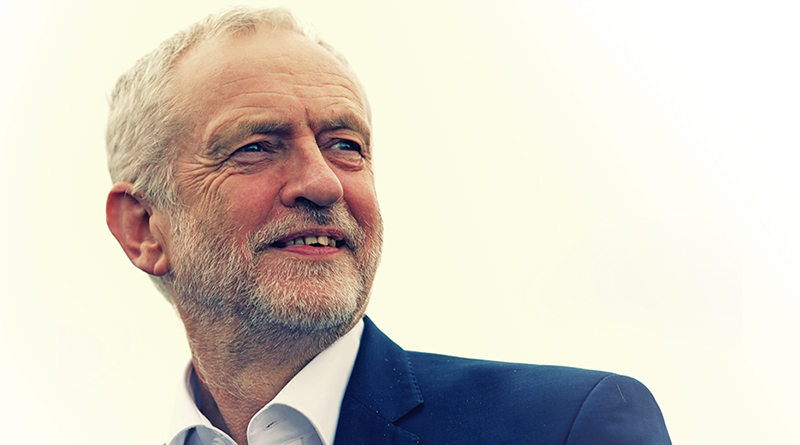 As the dust settles on this most extraordinary of General Election’s, it’s entirely reasonable to think that Theresa May will have cause to remember the words of Brenda from Bristol, who, on the day that the contest was announced, mournfully said to the BBC’s John Kay:

You’re joking! Not another one…Oh for God’s sake. Honestly, I can’t stand this….Why does she [May] need to do it?

And so began an election campaign which, though it will be forever linked with the tragic events in Manchester and London, was notable for its concentration on the personalities of May and Jeremy Corbyn. As the Loughborough University Centre for Research and Communication in Culture highlighted, this was an extremely presidential election where the perceived strengths and weaknesses of the main protagonists were the main currency of debate.

As far as the press is concerned the hostility directed toward Corbyn, particularly in the final week of the campaign, was intense and unprecedented. To be sure the Mail and the Sun have traditionally targeted successive Labour leaders but the level of abuse heaped upon Corbyn plumbed new depths.

On the eve of polling day, the first 13 pages of the Daily Mail were intended to provoke fear and loathing. On page one, Corbyn was pictured alongside Diane Abbot and John McDonnell as an ‘apologist for terror’ whilst inside the paper the attempts to link with him with terrorism both past and present were meant to communicate his contempt for Britain and British values.

The Sun’s editorial was equally as damning encapsulating two years of anti Corbyn sentiment with this warning aimed at potential Labour voters:

A generation after the end of the Soviet Union, the dismantling of the Berlin Wall and the collapse of almost every ruinous and oppressive hard-Left regime worldwide, you would be helping to establish a new one, right here in Britain.

It would be the gravest mistake this country has ever made.

But both The Sun and Mail were to a certain degree in panic mode, because, as my colleague Professor Justin Lewis has pointed out, as the campaign progressed so the public perception of Corbyn changed. Before the campaign the prime Minister was in a position of great strength with YouGov reporting a positive rating of +9 while Corbyn was -28 (a 37 point gap in favour of May). But by June 1-2, Corbyn’s rating had actually moved ahead of May’s (Corbyn -2 to May’s -5).

The reasons for such a staggering turnaround in fortunes are many, with most commentators in the immediate aftermath of the result comparing the Conservative’s appallingly run operation with Labour’s much more positive, inclusive approach.

But there’s much more to it than that, of course. After the two main parties’ manifestos were launched, news bulletins began – in stark contrast to sections of the press – to concentrate on policy issues. A research team from Cardiff University led by Stephen Cushion examined evening bulletins and found, broadly speaking, Labour received as much airtime in the week of its manifesto launch as the Tories. However, as the research further shows, Labour’s plans were viewed as radical, despite that – as we know now – 40% of the electorate voted for them.

Then there’s Corbyn’s deliberate targeting of the youth vote. The promise to immediately abolish tuition fees undoubtedly helped mobilise the student community and whilst we should be wary  of figures telling us that 72% of 18 24 year olds actually turned out to vote, a survey after the ballot of 14,000 people in that age group found that two- thirds of respondents had indeed voted Labour.

Labour’s use of social media was also strategically astute. Obviously aware that any dialogue with the print media was never going to be fruitful, Labour moved physically into its traditional heartlands while investing time and money online. Its campaign, for the most part anyway, eschewed the negativities that we have come to expect from modern political communication and instead accentuated the universal benefits of a Labour government.

‘For the many and not the few’ became the deliberately optimistic sound bite as the party utilised Facebook, Twitter and YouTube. The great thing about social media is its ability to create communities wherever the locality and as Jag Singh, who’s MessageSpace company provided services to the Conservative campaign, told the Guardian   , Labour built a movement on positivity and togetherness. Social media was the glue that bound essentially disparate groups of people together.

Whilst all that I have written may go some way to explaining why the Labour party performed much better than anybody expected, it still obviously didn’t win the election. It feels that way to many of its supporters is largely because it gained 31 seats and because the expected Tory landslide (remember that as recently as mid May experts were talking about a 212 seat Conservative majority) did not happen.

To some observers though, the election campaign has been a “stage managed sham” where the main party leaders avoided journalistic interrogation and meaningful debate. But this was nothing new -didn’t Mrs Thatcher’s rallies resemble presidential conventions, with warm up music and Union flags provided for everybody to wave? These events were all ticketed, invitation only affairs, too.

Of far more immediate concern to media scholars is the future of the right wing press as influencers of public action. For Roy Greenslade , former editor of the Daily Mirror, this election represents the end of domination.  As academic James Rodgers writes, The Prime Minister has learned that the support of the traditional Fleet Street is no longer enough. Week after week of relentless negativity toward Corbyn’s Labour did not result in a May majority.

All this may be true, but the Conservative’s are still in power – that alone makes me wary of sounding the death knell just yet.

A seven-horse race? How minor parties are being squeezed out of campaign coverage