The world’s biggest tobacco companies are spending millions of dollars advertising e-cigarettes on UK television, as they seek to cash in on the growing trend.

Analysts at US investment bank Canaccord Genuity expect e-cigarettes to be the “most significant development in the history of the organised tobacco industry”. They estimate the global market will rise this year from £1.3 billion to £1.9 billion, and the potential for further growth is obvious: the existing tobacco business is worth £450 billion annually.

Traditional industry giants are moving in. Lorillard (the maker of American brands such as Newport and Kent) has bought Blu, an e-cigarette maker, for US$135m. British American Tobacco (BAT), the maker of Lucky Strike and Benson & Hedges, launched its own e-cigarette in the UK last July and Philip Morris International, the world’s biggest and most infamous tobacco company, is due to follow suit very soon.

If e-cigs are the future, then we have advertising regulations to thank, at least in part. The direct and indirect advertising of tobacco products in the press has been banned in the UK for a decade, while the last television commercial was shown almost 50 years ago. Two years ago, new laws required all supermarkets to hide cigarettes and related products from public view, and by 2015 all other business and smaller shops will also be obliged to comply.

The intention has been to eradicate images of tobacco from day-to-day experience, and to deter children from taking up the habit. Opinions tend to differ on the overall success of the bans but one thing is indisputable – fewer people now smoke in comparison to 30 years ago. The General Lifestyle Survey indicates 45% of adults smoked in 1974 compared with just 20% in 2011.

But the marketing of e-cigarettes is gathering pace. And at present there is no ruling to prevent their advertising, or any age limit on who can buy the products. For big tobacco this represents a chance to get creative, and maybe to gain some reflected cool. As the founder of one e-cigarette company points out, “the product shares certain characteristics with cigarettes, and you cannot be seen to promote smoking.”

The manufacturer E-lites, for instance, ran an advert last year featuring actor Mark Benton. Benton plays a father who nips outside for a cigarette and inadvertently misses out on his child’s first steps. The strapline: “What are you missing out on?” The obvious point is that the purchase of an e-cigarette means you never have to suffer the indignity and embarrassment of going outside to smoke again. Plus, you won’t miss out on life changing events.

More recently, a new e-cig known as the Vype was launched, with the strapline: “Experience the breakthrough”. The Vype advert does represent a breakthrough moment not just for manufacturer BAT, but for smokers everywhere. Featuring a young, good looking couple running through a dimly lit urban landscape, the 30 second ad ends with a still image of the product standing black and alone on a podium. We are meant to be infused with wonder and mystery and connect the attractiveness of the athletic couple with the sleek shiny Vype. If we didn’t know better this could be an ad for cologne.

Of course, companies want to appeal to the young, good looking and single. This is nothing new. But the “e” means such appeals can now be conducted overtly, and endorsements are on the increase. On its website, E-Lites features a range of celebrities puffing away, fromJohnny Depp to Dappy from N-Dubz. Actor Stephen Dorff and former playboy model Jenny McCarthy front campaigns for bluCig.

But that’s not all. Welsh football team Merthyr Town now play in the “Cigg-e Stadium”, named after their new sponsor who has (not coincidentally) opened a shop in the town. Glasgow Celtic, with a massive international fanbase, have an “official partnership” with E-lites which effectively means vapour sticks can now be sold and consumed within its stadium.

Of course, such actions have not been welcomed by everyone. Criticising Celtic’s actions, Stewart Maxwell, MSP for West of Scotland, said, “The whole campaign to ban smoking in public places was about de-normalising smoking as an activity in public. This [deal] goes exactly in the opposite direction. It sends out entirely the wrong message to young people.”

*****This article was first published in the Conversation and appeared in an earlier form here. 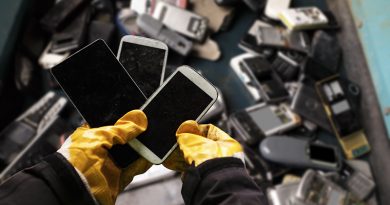 Where does all that waste go?