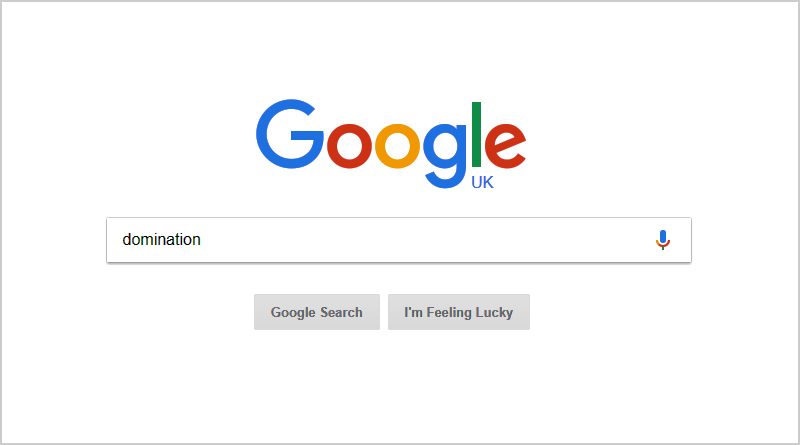 It’s a fair bet that the majority of people reading this will not have heard of Alphabet, which is, according to the Economist magazine, the most valuable listed company in the world by market capitalisation.

Its capacity to make money is staggering. With revenue of $90 billion in 2016, in April this year Alphabet’s market value passed $600 billion whilst recently released figures showed a 21% annual rise in revenues of $26bn during the three months to June 30.

But whilst we might not know of Alphabet we will almost certainly know of Google, the company’s chief asset. Google, whilst other search engines have seen a decrease in usage, has become the key which allows almost instant access to the wonders of the World Wide Web. It processes over 40,000 search queries every second, which translates to over 3.5 billion searches per day and 1.2 trillion searches per year worldwide. Google has, according to the yearly Global 500 rankings, replaced Apple as the world’s most valuable brand. And when one considers that Google is currently banned in China, these figures are even more astounding.

As Rory Cellan – Jones has pointed out; 20 years ago the word Google was unknown. Now, he writes, according to research published by Lancaster University, Google pops up more frequently in casual conversation than “clever”, “eggs”, “fridge”, or “death”. In 2006, The Oxford English Dictionary recognised that “Google” had become a verb.

Us ordinary searchers use Google for free, so how does it make such vast sums of money? As their annual report of 2012 put it, “[Google] generates revenue primarily by delivering relevant, cost-effective online advertising.” This takes the form of Google AdWords where advertisers pay to have their results displayed to particular audiences on relevant sites. The beauty of this from the point of view of the advertiser is that AdWords is a cost per click service, so if a link is not clicked then Google does not make any money directly from the search.

Then there is Google’s AdSense which in very simple terms allows website owners to make money by displaying Google ads. Google then takes a share of any revenue generated – again only when someone clicks on the ad.

But this is not all. Google is no longer merely a search engine. As financial expert Kevin Johnston has written, Alphabet has more than 200 companies with YouTube and Android delivering the most profit.  Google makes $9 billion per year from advertising on YouTube, which dominates the online video market whilst Android, the software system used in phones and tablets powers about 85% of all Smartphone’s globally. It’s hard to disagree with technology writer Lisa Eadicicco  who asserts that it’s possible to imagine a near future when Android will be in every single device from thermostats to toothbrushes.

That the sheer scale of Google (and Facebook, for that matter) threatens the very existence of the conventional media has been well documented. The revenues that were once taken for granted have all but disappeared as these two giants have harnessed advertising spend. As the Financial Times illustrated, combined, they accounted for 75 per cent of all new online ad spending in 2015. In the US, 85 cents of every new dollar spent on digital went to the two companies in the first quarter of 2016. Just this week the UK’s Press Gazette  reported that Google and Facebook garner most of the £10.3bn a year spent on digital advertising in the UK and account for around 80 per cent of the growth.

But it’s what Google knows about its users which is of concern, too, with surveys suggesting that 79% of UK adults are concerned about their privacy online. When we use Google for free (whether that’s Gmail, Drive, search, YouTube, and Google Maps) we are entering into an agreement whereby we share information about ourselves which Google can pass on to its advertisers. But just think about what Google knows about us if we use the above devices. The search engine records all of our searches, Google Maps can record where we are and where we have been. YouTube records  our viewing preferences. Gmail knows how many emails we’ve sent and who is on our contact list. Google calendar can record our activities and schedules offline.

Of course, there are ways to ensure that Google doesn’t know everything , but what’s interesting about this, writes Julianne Tveten,  is that the burden of establishing online privacy has fallen on the individual civilian. Google and Facebook may be transparent about what they intend to do with the data they collect but opting out or deleting history is often a laborious and complicated process which is perhaps designed to put off those (most of us) who aren’t technologically proficient.

As Amazon’s Jeff Bezos leapfrogs Microsoft’s Bill Gates to become the world’s richest man  the presence and power of the of the big tech companies continues to grow. Two weeks ago, according to Google finance data, the big five (Apple, Alphabet, Amazon, Facebook and Microsoft) are now worth $3.03 trillion when values are combined.

The fact is we probably haven’t reached peak influence. Carole Cadwalladr, in an excellent series of articles about the scale and dominance of Google, states that Alphabet has the greatest  concentration of artificial intelligence experts in the world. It is, she asserts, expanding into healthcare, transportation and energy.

And maybe the doors to China are beginning to reopen. In March, the South China Post reported that, according to a senior Chinese lawmaker and former top official with knowledge of the negotiations, Google was in talks with Beijing over plans to return to the mainland Chinese market.

In the search for profit – the only search that matters – the fact is that China has 721 million people now online .That’s more than double the entire population of the United States. I know this because, of course, I googled it.

Broadcasting and Social Media: time for a fresh start?