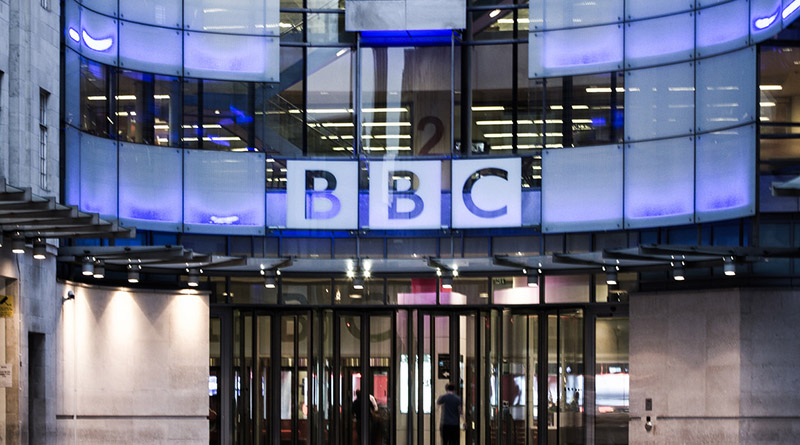 The controversy over the BBC’s gender pay gap rumbled on last week, mainly as a result of the perceived anti Semitism supplied by the (now sacked) Irish Sunday Times columnist, Kevin Myers.

In a lengthy diatribe he wrote that two of the highest paid women at the Corporation – Claudia Winkleman and Vanessa Feltz – were Jewish and that Jews were not, “generally noted for their insistence on selling their talent for the lowest possible price.”

Whilst it was this comment that quite rightly attracted the greatest degree of criticism, Myers’ broader point that the BBC was “utterly unreal and irredeemably corrupt” went unchallenged. This is because it is a view that is not uncommon in certain circles of print journalism.

Historically, the right-wing press in the UK has consistently attempted to undermine the status of the BBC. It was the Murdoch-owned publications – The Times, The Sunday Times, The Sun and the now-defunct News of the World – that allied themselves to the Thatcher government in the 1980s.

Murdoch had, and of course still has, a commercial interest in a change in the broadcasting system. Thatcher opposed the BBC ideologically, while Murdoch was interested in a solely commercially funded media. Thus, in order to attain a major footing in British broadcasting, Murdoch needed to attempt to weaken public service broadcasting. Every opportunity to criticise the BBC was seized upon, with Murdoch using his substantial media concerns to support the prime minister, while his companies received direct benefits as a consequence of policy decisions taken by the Conservative government. Plus ca change, you might say.

Then there’s the Daily Mail, which regularly expresses its horror at the BBC’s continued existence. An  editorial in 2014 thundered:

“The enormous, unanswerable power of the BBC in modern Britain is comparable to that wielded by the trades unions 40 years ago. It is far too great and ought to be diminished.”

This rather neatly encapsulates the Mail’s historical attitude toward the corporation and we should be aware of the steady drip of anti-BBC reports which appear with startling regularity both in its newspapers and online. As a public institution, the BBC is an anathema to the Daily Mail. It stands for everything about modern society that the newspaper disapproves of. It enjoys the benefits of a fixed-tax system which allows it to fritter away public money on minority interests and inflated staff salaries.

The Mail also believes, as do many Tory MPs’, that at journalistic and management level, the corporation is inhabited by individuals dedicated to left-wing politics, multiculturalism and the dismantling of traditional values.

One of these MPs’ would appear to be Liam Fox,  the International Trade Secretary and one of the most important players in the Brexit negotiating team. Two weeks ago he wrote a letter to the Director General of the BBC, Tony Hall, requesting a meeting to discuss what Fox saw as “clear pattern of unbalanced reporting of the EU economy” by the BBC.

The fact is that in times of national crises, particularly war, the BBC has become used to being criticised for the content and manner of their coverage. This stretches back at least as far as World War II when Churchill expressed his intense discontent at how the BBC reported the early days of conflict. Lord Reith, founding father of the BBC, wrote in 1949 of Churchill speaking of them as the “enemy within the gates, continually causing trouble, doing more harm than good … something drastic must be done about them.”

By the time of the Suez Crisis in 1956 prime minister Anthony Eden was fully expecting the BBC to become a functioning arm of the establishment. On the 40th anniversary of the crisis, former member of government during the Eden years and Telegraph editor, Lord Deedes, wrote:

There was a feeling during Suez among the ministers that the BBC was in the last resort a branch of government. They were not easily disabused of this notion.

During the Falklands war of 1982 it was the government’s wish that the media should suspend objective reporting and news gathering and embrace the British cause without question. When the BBC attempted to report objectively it was met with the full force of the Thatcher government. She herself “strongly” believed that the BBC was assisting the enemy – while Norman Tebbit wrote in his 1988 autobiography:

The unctuous ‘impartiality’ of the BBC’s editorialising was a source of grief and anger … For me, the British broadcasting Corporation might have called itself the Stateless Persons Broadcasting Corporation for it certainly did not reflect the mood of the people who finance it. The wounds inflicted by the BBC have not healed.

Little changed during the Blair years. In 2004, the former director general, Greg Dyke, wrote that the former PM had “unleashed the dogs”after the Hutton report – and in his memoirs Dyke prints letters from Blair which he claims show how the government tried to “bully” the BBC into changing its coverage in the run-up to the Iraq war. A BBC journalist told the Scottish Daily Herald,:

You have to understand, we just could not cope with the barrage of complaints … Long letters detailing alleged mistakes and misrepresentations and demanding that we answer every specific point we raised. We felt under undue pressure as an organisation. We felt it was a case of daily harassment.

More broadly, the relationship between the BBC and successive governments since its creation in 1926 has been characterised by antagonism. Various governments, regardless of party, have attempted to limit the BBC’s perceived power and influence.

In times of warfare or threats to national security the aim has been to either make the BBC subordinate to government or, more realistically, to weaken its ability to operate relatively independently and autonomously. The conflicts between the two serve to illustrate the gap between what government expects the broadcasters to report and what the broadcasters see as their professional duty to report.

The point is that the BBC is a singular, publicly-funded broadcaster with a rich history and an international reputation which – deserved or not – means that it has a much scrutinised news output. Successive governments have sought to manage that output so that it presents the best view of themselves while maintaining the status quo.

Sections of this article appeared in the Conversation

What kind of BBC do you want?