Today is July 1st 2016 and it marks the 100th anniversary of the beginning of the Battle of the Somme. The most brutal encounter of the Great War is characterised by loss of life and attrition warfare, where the British and French allied forces fought German opposition over a 15 mile front.

When the battle ended on November 18th, just four and a half months after it had begun, the British forces had advanced just seven miles and had not succeeded in breeching German defences. In just 141 days though, they had suffered in the region of 420,000 casualties.

On the first day of combat 19,240 British men lost their lives  and an already tragic war sank into an abyss deeper than anyone could have possibly predicted. But how were the events of that tragic day reported in the newspapers back home? How did the journalists on the front line communicate the horror? The answer is that events were hardly referred to at all and the deaths of so many heralded as part of a ‘day going well for Britain and France’.

In truth the job of the journalist in WW1 was incredibly difficult and we should always remember the constraints under which they operated. This was a completely different era to now and we must be careful to use historical perspective in our judgements. These were treasonable times and the law prevented the questioning of official information.

On 8th August 1914, Parliament passed the Defence of the Realm Act (DORA) without debate. The legislation gave the government executive powers to suppress published criticism, imprison without trial and to commandeer economic resources for the war effort.

During the war publishing information that was calculated to be indirectly or directly of use to the enemy became an offence and accordingly punishable in a court of law. This included any description of war and any news that was likely to cause any conflict between the public and military authorities.

Reporters – and there were only 5 granted the privilege of duty – operated under the intense scrutiny of the high command. Although they were treated well –given uniforms, rank and housed in the same French chateaux’s as their military superiors – they were forbidden from (without express permission) writing about where they were, from referring to regiments and from writing about soldiers other than commanders in chief. Indeed, in an effort to ensure that nothing at all be published that may endanger the war effort, their every move was accounted for. They were accompanied at all times by army censors who had the authority to use chemicals to search for the use of invisible ink in dispatches. Even if reporters had wished to ‘tell the truth’ and their copy had made it past the censors, then the editors and proprietors back home would have ensured that their writing did not see the light of day. Lord Northcliffe, owner of the Times and Daily Mail ended the war as Director of Propaganda in enemy countries, whilst Lord Beaverbrook, later the owner of Express newspapers, was minister of information. Robert Donald, editor of the Daily Chronicle, was director of propaganda in neutral countries. This was hardly the environment where truth and objectivity were likely to flourish.

So it is against this background that we must view what the correspondents wrote of those terrible first hours of the Battle of the Somme.  The below  is from the Press Association and appeared in this instance in the Derby Daily Telegraph of July 1st. This was a Great British Offensive where Our Casualties were Not Heavy.

In the Manchester Guardian of July 3rd, the upbeat tone of the Press Association was replicated at it reported:

The first day of the offensive is therefore very satisfactory. The success is not a thunderbolt, as has happened earlier in similar operations, but it is important above all because it is rich in promises. It is no longer a question here of attempts to pierce as with a knife. It is rather a slow, continuous, and methodical push, sparing in lives, until the day when the enemy’s resistance, incessantly hammered at, will crumple up at some point. From to-day the first results of the new tactics permit one to await developments with confidence.

And perhaps the most famous dispatch of the whole war was sent by Herbert Russell of the Reuters Agency. His telegram on July 1st read as follows:

Good progress into enemy territory. British troops were said to have fought most gallantly and we have taken many prisoners. So far the day is going well for Great Britain and France.

There is no doubt that the British government, military and press barons saw the journalist’s as simply providers of propaganda. They were there to write stories of heroism and to aid recruitment – not to furnish the public with realistic accounts of the horrors of war. And, once the war was over, some of the reporters expressed grave regrets about their own willingness to be manipulated. The shame of William Beach Thomas, who wrote for the Daily Mail and Daily Mirror, is palpable in these words from his 1923 memoir. He wrote of the war in general:

A great part of the information supplied to us by British Army Intelligence was utterly wrong and misleading. The dispatches were largely untrue so far as they deal with concrete results. For myself, on the next day and yet more on the day after that, I was thoroughly and deeply ashamed of what I had written, for the very good reason that it was untrue. Almost all the official information was wrong. The vulgarity of enormous headlines and the enormity of one’s own name did not lessen the shame. Phillip Gibbs, who wrote for the Daily Chronicle and Daily Telegraph and in 1915 was captured and imprisoned for attempting to unilaterally report the war, was more circumspect in his assessment. For him, his actions were for the greater good. In his own1923 memoir there is the implicit assertion that in times of national security there is something more important than telling the truth. Gibbs wrote:

We identified ourselves absolutely with the armies in the field. We wiped out of our minds all thought of personal scoops and all temptation to write one word which would make the task of officers and men more difficult or dangerous. There was no need of censorship of our despatches. We were our own censors.

As I wrote earlier, it is essential not to judge the reporters of World War One with 21st century sensibilities. These were the days, don’t forget, when execution for treason was frequently the first port of call for a high command determined to rigidly maintain discipline. History has been hard on the likes of Gibbs and Russell. These were men who suppressed news and belonged to the same narrow social class as the officers they were protecting. Phillip Knightley, author of the outstanding First Casualty book on war reporting writes that the reporters knew more than most of the true nature of warfare on the western front but they chose to write breezily of life in the trenches. They kept an inspired silence and became absorbed by an overwhelming propaganda machine. An artist’s impression of the battle at Delville Wood, July 1916. Ed. H.W. Wilson

It is of course impossible to know how things may have turned out if the reporters had broken ranks and attempted to convey the utter dreadfulness of war. In all likelihood their dispatches would have never left the frontlines. They simply faced too many obstacles in the form of a government determined to keep the truth from the public. It is worth, once again,  ending with the now infamous quote from Lloyd George, who in conversation in 1916 with CP Scott, editor of the Manchester Guardian, said:

If the people really knew [the truth] the war would be stopped tomorrow. But of course they don’t know and can’t know.

Marking and Mediating the Centenary 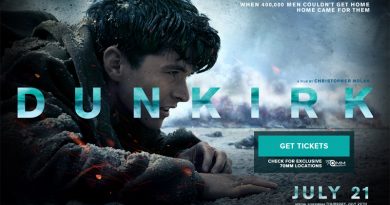 Dunkirk: The media’s role in turning tragedy into triumph