Providing perhaps a little schadenfreude related light relief amidst the seemingly endless EU referendum coverage was the news yesterday that Sun columnist and former editor, Kelvin Mackenzie, was suffering from Brexit ‘buyer remorse’. Through the platform of his weekly column, he told his many readers that four days after he felt the power of democracy he now doesn’t feel quite the same and that there is a sense of be careful of what you wish for. Which is a great pity for both Mackenzie and Remain supporters – for just last week he was using his column to list ten reasons why we must vote Brexit. Notable among his reasons for leaving the EU was the fact that it would lead to an Australian points system of immigration control which would prevent the UK’s population growing by 250,000 a year. That, said Mackenzie, was the equivalent of a new city the size of Wolverhampton. 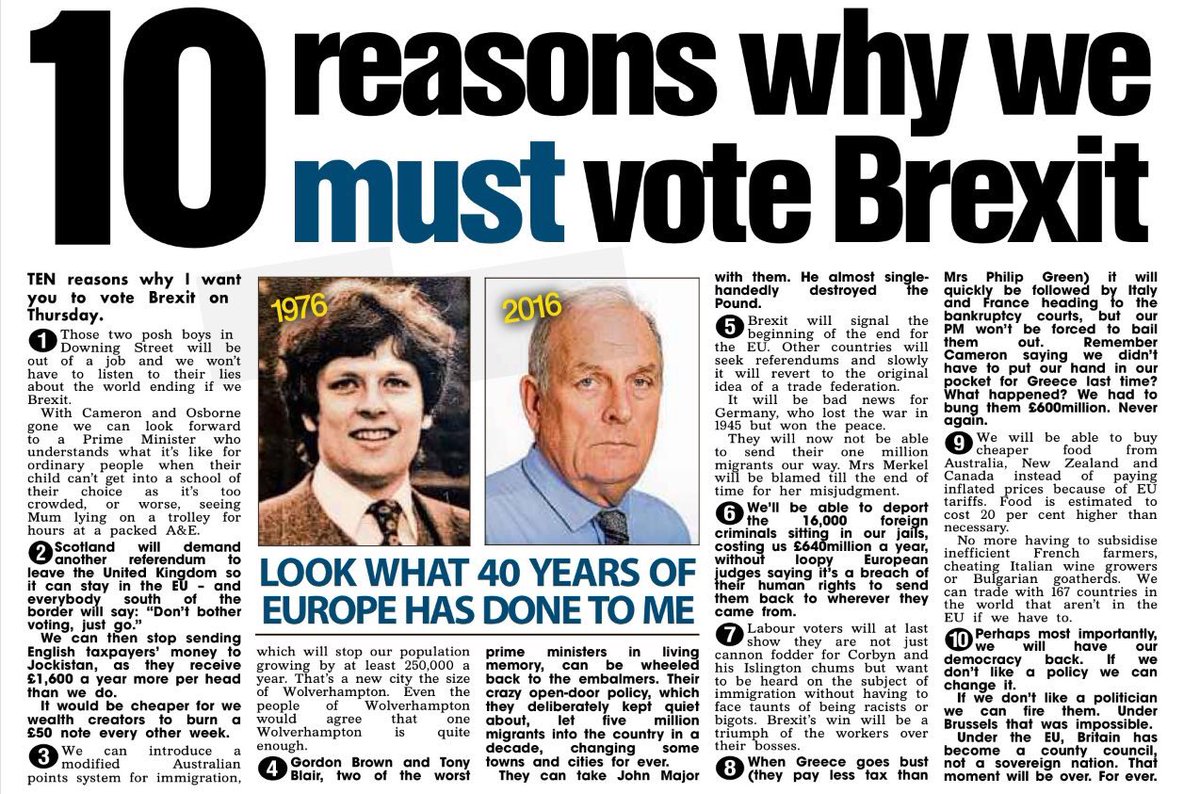 Evidently, feeling that all was not quite as rosy as it might be in the shiny new Britain was apparent elsewhere in the Sun. The characteristically bullish confidence in Brexit that had been expressed throughout the campaign (and exemplified with BELEAVE front page on June 14th) was countered by an item in Friday’s online edition  which warned of the effects of leaving on the EU “your wallet”. Readers were told, as the Independent helpfully summarised, that inflation and mortgages were likely to rise, beer prices would go up and rates of taxation would be increased. 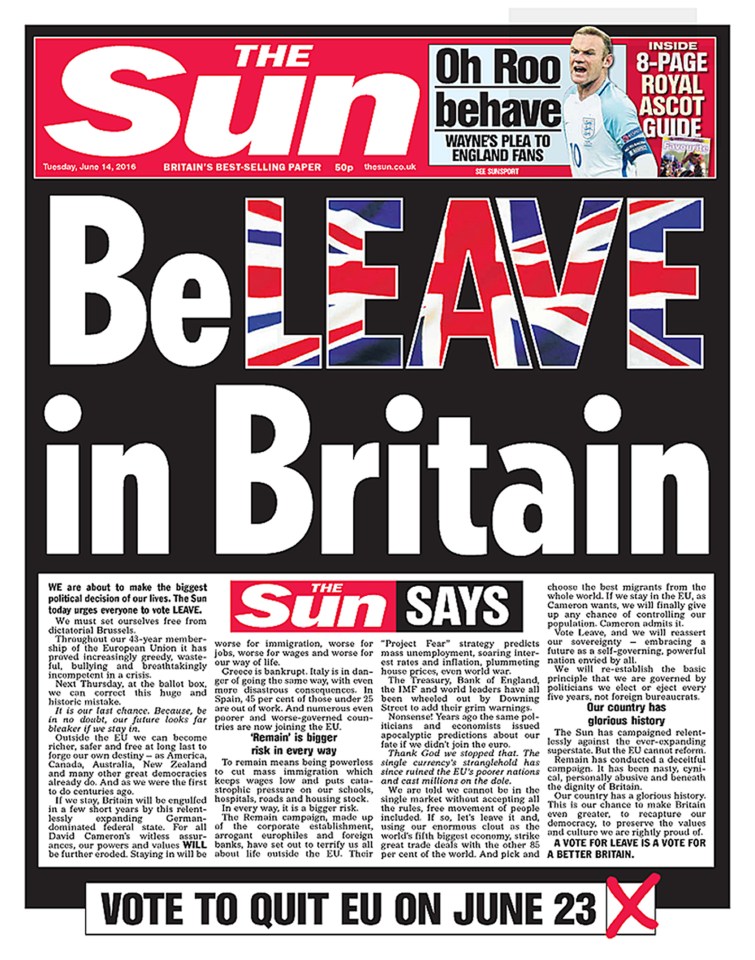 This did not go down at all well the below the line commenters some of whose perfectly reasonable questions were typified by the rather aptly named John Public’s contribution:

Why didn’t you tell us before? Did you not think of this before the vote? Can we take it back now? Please?

So what is this ‘buyer’s remorse’ that is the phrase de jour? Put simply it’s a phrase usually associated with the regret felt after the purchase of a particular product – which arises from the fear that the investment in something expensive is both the wrong choice and not worth the money. The more scholarly term for the condition it is post purchase evaluation and in these situations we can expect customer complaints to be directed at the seller of the product who is now suspected of misleading the customer. In terms of Brexit, though, the situation is complicated by the fact that, as international financier George Soros /has observed, buyer’s remorse is applicable to all – the people who voted to leave, those who voted to remain, and to those who didn’t vote at all.

But in these early post referendum times of economic and political uncertainty what has become apparent and undeniable is the public rise of xenophobic and racist behaviour. The BBC’s Sima Kotecha reported her utter shock at being called a “Paki”, whilst The Muslim Council of Britain has compiled over 100 incidents of reported hate crimes following the referendum result. David Cameron has condemned the “despicable “post EU environment as the police report more than a 57% rise in the reporting of said hate crimes since Thursday. Agata Brzezniak a Polish student studying for a PhD in Chemistry, told the Independent:

“[Like] many Polish people in the country I feared the EU referendum result would cause an increase in intolerance, discrimination and racism, but I didn’t think it would become so aggressive and be so immediate.”

With this in mind it is impossible not to feel appalled by the Sun’s obvious joy in the fact that in some areas of Britain the streets are being ‘reclaimed’. On June 26th the Sunday edition carried a double page spread devoted to showcasing WHERE THE BREX WAS WON. The pathetic pun alludes to the winning of a war, of course and the triumphalism was obvious – referring to Boston, Lincolnshire the headline ran: Streets full of Polish shops, kids not speaking English… but Union Jacks now flying high again. Today, the paper reported, a “buzz” was back in the most murderous place in England and Wales where one in six of the town’s 65,000 population are Eastern Europeans and 1,200 people, “mostly Brits”, are out of work.

As regular tabloid critic Tim Fenton contests, this is incitement and fraudulence. Where one resident is quoted as saying “I don’t mind immigration. But we shouldn’t leave our keys in the front door” not one Eastern European voice is heard, not one non-white face in the portraits of the residents celebrating the vote to leave.

Criticising the Sun and its ideological compatriots, the Express and Mail , for their relentlessly xenophobic reporting is something which is both exasperating and necessary. For them immigration is characterised only by threat. Immigrants are invaders, outsiders and criminals seduced by the lure of state offered riches, superior housing and a life of luxury – all at the expense of an increasingly powerless indigenous population. That this was the characteristic coverage during the referendum period is irrefutable

And whilst the debate about whether newspapers either reflect or shape their readers views is inconclusive and perpetual, newspapers still set the agenda for other news coverage. As the team from Loughborough University illustrated and Jane Martinson in the Guardian reported, where the press leads on stories, broadcast news follows. In the final weeks of the campaign Loughborough noted that immigration received more than twice as much media attention than the issue of sovereignty.

This is why the Sun, the Mail and the Express matter. If ever we think they are harmless, or funny or that our skins are too thin – it’s important to remember that oppression or prejudice in society is fuelled by indifference to the normalising inequalities of representation that occur every single day.

George Osborne: The burger picture instead of the bigger picture