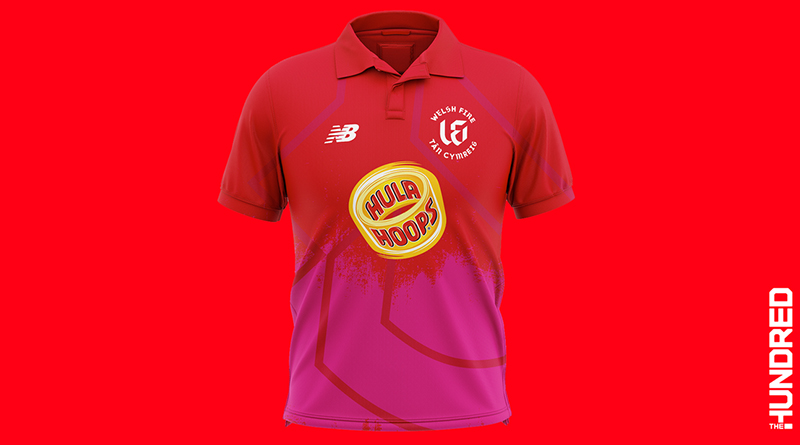 Last week, the Hundred, a new format of cricket launched by the England and Wales Cricket Board (ECB) and due to begin in 2020, was criticised by the Obesity Health Alliance for its association with KP snacks. Spokesperson Caroline Cerney told the BBC that “junk food brands sponsorship of popular sporting events is just another way they make sure their unhealthy products take centre stage in children’s minds.”

It doesn’t look good, admittedly. Each of the 8 teams in the competition (with names like Welsh Fire, Manchester Originals and Northern Superchargers) will appear in garish strips complete with a KP logo emblazoned on the chest.

At a publicity event recently, England test captain, Joe Root, looked positively comical in his bright yellow coloured kit proudly displaying the logo of Skips -the starchy, prawn cocktail potato based snack. The tournaments will take place over the summer holidays and the clear intention is to get more children interest in the sport

And, of course, there is evidence to suggest that the advertising of unhealthy foodstuffs to children is effective. As academic Emma Boyland has written, research has repeatedly demonstrated that exposure to unhealthy food advertising has an impact on children’s diets. She writes, “as a result of seeing advertisements for unhealthy foods, children show greater preference for the advertised product, greater preference for high fat and sugar foods in general and, crucially, eat more.”

But this is unlikely to faze either the ECB or KP snacks. For the ECB, the Hundred represents the chance to breathe some life into a moribund game which outside of the Test arena struggles for live audiences. The money that KP pays is deemed essential to growing the popularity of the game. As England international, Kate Cross told the BBC, the sponsorship money is essential to the development of the women’s game in the UK and to its credit, the Hundred also incorporates a women’s tournament.

It is obvious that the Hundred is not to everyone’s taste – both in its format and its willingness to embrace commerciality so brazenly. Indeed, Indian Virat Kohli, one of the world’s finest cricketers, has expressed his disapproval and unwillingness to take part, saying, “I feel somewhere the commercial aspect is taking over the real quality of cricket and that hurts me.”

But sport sponsorship is a factor of modern sporting life and the rugby world cup, currently enthralling everyone from Japan, could not be the size and spectacle that it is without such corporate investment.

That’s not to say sporting organisations should be so quick to sell their products to the highest bidder. The ECB should have recognised the opposition its partnership with KP would engender. Not just from pressure groups, either – images of the aforementioned garish team jerseys cannot appear in the London Underground or buses because of the city’s ban on advertising images and references which promote the consumption of foods high in fat, sugar and salt.

The World Cup of Brands part 1: Meet the Sponsors