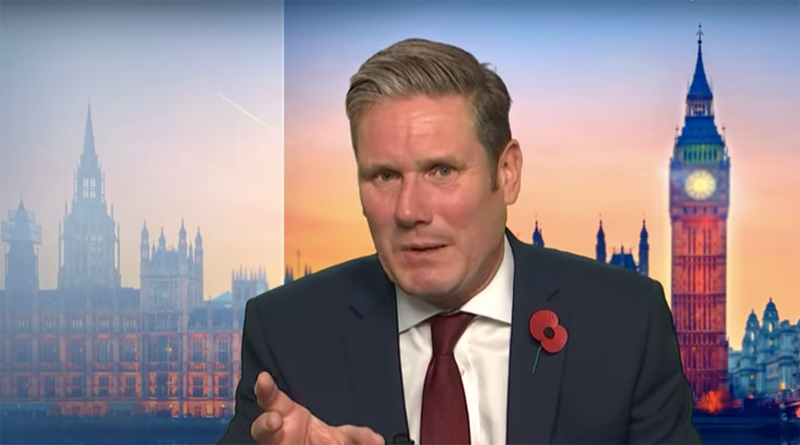 In the days since parliament was dissolved on November 6, news coverage of the digital election has been dominated by coverage of videos the parties have posted online.

Much of this debate was sparked by the Conservatives posting a video of a Good Morning Britain interview that had been edited to make it appear that Labour frontbencher Keir Starmer was unable to answer a question on the party’s Brexit policy.

So this happened. The Conservative Party took an interview from @GMB this morning. They edited it to add on the last shot in which Keir Starmer looks stumped. But that didn't happen. In the original Keir Starmer immediately answered @piersmorgan 's question. https://t.co/G8tU2SUpbq

But how successful have the videos been in reaching social media users? In the case of the Conservatives’ clip from Good Morning Britain, it is one of the most watched videos published by a party leader or on a political party’s Twitter account since the vote to hold the general election.

It is difficult to tell whether or not the traffic was because people shared the interview because they approved of the video’s message, or because they were outraged by the editing to create a false impression. What can be said is that despite the high number of views, there are just 2,900 likes from users of the tweet and it has been retweeted 1,300 times.

The top ten videos on Twitter demonstrate again the importance of political personality in driving consumption of content. All but two of the videos come from Jeremy Corbyn or Boris Johnson’s accounts.

The most watched party political video on Twitter is a slick campaign launch advert posted by Corbyn. This was also posted by a number of other accounts belonging to Labour frontbenchers and the party’s official account, all of which helped it to a very high number of views.

Johnson’s account was competitive with Corbyn’s despite having around half as many followers on Twitter (1,225,714 as opposed to Corbyn’s 2,142,760).

The video posted by the Conservatives’ official account that showed Corbyn confusing the number of new GPs that had been trained under the Tories was not only shared by the Conservatives, it was also retweeted by Corbyn himself. He used his retweet to undercut the original message and make the point that there were even fewer new GPs than he had previously suggested.

The retweet was liked more than 14,000 times; the original Conservative post just 2,700 times.

The mix of leading videos being watched by Facebook users is slightly different. The Conservatives’ post of a clip from the BBC’s Question Time of a young voter criticising the Brexit policies of Labour and the Liberal Democrats remains the most watched video on the platform.

It is clear that both the main parties view the use of Facebook video as a key tool in their armoury. Since the vote for the election took place Labour have posted 56 videos on their main Facebook account, the Conservatives have posted 44. One video that has gained traction quickly is a Conservative attack ad on Labour’s Brexit policy.

It is a mix of clips of leading Labour politicians making apparently contradictory statements about the party’s position, set to a 90 second clock and backing music. But most of the Facebook views for this video have not come from organic sources.

Between November 8 and 10, the Conservatives spent between £9,000 and £10,000 promoting the advert on Facebook, a substantial slice of the £60,059 the party spend on national Facebook advertising. The advert delivered between 500,000 and 600,000 impressions, predominantly with male users aged over 45 in England.

The importance of personality is even more starkly demonstrated on Instagram. All of the most successful videos come from named political leader accounts – either Corbyn’s or Johnson’s. And by far the most successful is a six-second behind-the-scenes clip of Corbyn, created specifically for Instagram.

All of the parties have begun to raise their game on Instagram, even Plaid Cymru whose leader, Adam Price, opened a new account this week. This has led to some movement in follower numbers. In 2017, one of the first indicators that something unusual was happening was the increase in followers for Corbyn and Labour accounts on social media.

While my analysis shows that all parties and leaders have increased their digital reach since the start of the campaign, on both Twitter and Facebook only Liberal Democrat leader Jo Swinson has seen a statistically significant increase. It might be hypothesised that this is the public reacting to a relatively new and, perhaps previously rather unknown, political leader.

However, on Instagram there have been some quite large leaps in follower numbers since October 29.

There are around 24m Instagram accounts in the UK and 17.2m of those users are aged under 45. That’s a key demographic that Labour, in particular, wants to reach in this election. The party’s digital strategists will be happy to see such a strong increase in followers for Corbyn’s account in the opening weeks of the campaign.

New kids on the block

There are two other video-oriented platforms that young social media users engage with. The first is Snapchat, which while smaller than Instagram at 14m users tends to do well with those aged between 18 and 25. Both Corbyn and Johnson started to put up campaigning posts on the app this week. Thus far, the posts don’t seem very informative or useful. They tend to show the leaders campaigning but Johnson’s team have started to experiment with combining video with graphics and text.

The other platform is the new kid on the block, TikTok. This is a video-sharing platform that’s proving very popular with younger teenagers and has seen explosive growth during the past year or so. Although there are some placeholder accounts for parties on the site, no one has yet made any attempt, thus far, to use it to communicate with voters.