This post by Prof Richard Sambrook was originally published in The Conversation.

There is now a clear choice following the publication of the British government’s green paper into the future of the BBC.

In one corner, we have the traditional view of public broadcasting, offered by the BBC and supporters, based on the principle of universality. This says the BBC should be for everyone, providing quality programmes for all audiences, including comedy and entertainment as well as drama, news and high arts programming.

In the words of Huw Wheldon, this view sees the BBC as being about “making the popular good and the good, popular”. It believes there is an increasing role for a trusted voice in the increasingly crowded digital market – one that is accountable, focused on the public – as opposed to commercial or political – interests; that seeks to bind the country together through shared experience and national debate; that seeks to offer a diversity of views to challenge the homophily of our other media habits; that contributes to supporting and developing the creative sector in the UK and which ties the UK together to the rest of the world through international programming and services. It recognises the BBC as the UK’s only global media brand – and one which has to have the resource and remit to continue to innovate in a dynamic, international marketplace.

In the other corner is a view, supported in the past by the Culture Secretary John Whittingdale, which rejects the notion of universality. It says in the digital age of plenty the BBC should no longer try to offer something to everyone. Instead, it should focus on market failure – offering only those programmes and services which the market will not provide. So goodbye to Strictly Come Dancing, The Voice, Radio 2 and concentrate on news, documentary, the arts. It says the licence fee is an anachronism in the modern world and favours mixed funding or subscription. It believes in a smaller BBC serving niche audiences with commercial media serving everyone else. It believes the current scale of the BBC distorts and impedes the market for those competitors. And it doesn’t believe the BBC can or should try to compete with the global behemoths starting to dominate our media consumption.

One view is inclusive and outward focused, recognising a UK role in a global market.

The other is driven by more insular concerns about the UK market and exclusive in its approach to programming.

Both claim to address the looming realities of the digital age – but in radically different ways.

Whittingdale has promised a far reaching review of scope, funding, governance, and content of the BBC in what looks set to be a major reform. He’s assisted by an expert panel of largely commercial media experts most of whom have been critical of some aspect of the current arrangements.

And of course this follows a licence fee deal once again rushed through behind closed doors with significant extra costs imposed on the BBC under the threat of worse if it didn’t agree. The promise in return of an index-linked licence fee is hooked to conditions about the broadcaster’s future shape. Although the BBC insists it is a fair deal, most external experts conclude it will mean a significant loss of revenue.

It’s the way governments hobble public broadcasters the world over. In Canada, supporters of the CBC are protesting at the revenue and governance arrangements imposed by the conservative government which they say puts it at risk of disappearing forever.

In Australia, a government-sponsored efficiency review has led to significant cuts in the budget of the ABC following politicians’ complaints about bias and insufficient support “for the home team”.

Now in Britain a similar assault is underway. In the House of Lords this week, the Conservative peer Lord Fowler led a short debate on the BBC. He told his colleagues:

I fear that I must warn those who support the BBC that we have something of a fight on our hands. The cards are marked and somewhat stacked against us. The advisory group advising the Secretary of State clanks with special interests and past opinions. Even more, the charter process leaves decisions in the hands of the Government, who make much of their Green Paper—but the fact is that, at the end of the day the royal charter process means that they do not have to listen to anyone.

And there is the crucial paradox. In an environment rich in talk of public accountability, the rights of the licence fee payer, fit for purpose governance and transparency, a deal is rushed through at dead of night – and even the longer more fundamental debate can be determined without or in spite of the views of the public.

At the launch of the BBC’s Annual Report the director general, Tony Hall came back fighting. After setting out the programming successes of the last year he spoke of :

… a clash between two different views of the future. Because there is an alternative view: that prefers a much diminished BBC. It’s a view that is often put forward by people with their own narrow commercial interests or ideological preconceptions. I don’t support this view. Nor does the British public. Nor do programme-makers across the creative sector.

He’s right that while right-wing politicians and newspapers, ideologically opposed to large-scale public intervention in the market, fuel discontent about the BBC, most opinion polls suggest the public still likes and trusts the organisation and see the £145 licence fee as good value.

What’s noticeably missing so far in the debate is hard evidence to inform it. What is the public (as opposed to the press) view of the licence fee? What is the BBC’s contribution to the creative economy in the UK? What impact does the BBC really have on newspapers? Most discussion is governed by a triumph of opinion over fact.

As Tony Hall said in his speech, the BBC does not belong to its staff or to any government – it belongs to the public. The arrangements for representing them through the BBC Trust are deemed by many to have failed. Now we have a three-month period of public consultation – with no compunction to act on what is heard.

Britain has a love-hate relationship with the BBC. The public tends to love the programmes but resent the corporate infrastructure required to deliver them. We know from a recent PWC report that the BBC is now among the most efficient public organisations in the UK – but of course its critics will swiftly step around that inconvenience. As a senior manager there I used to tell staff who felt under siege with wave after wave of newspaper and political criticism that it meant we still mattered. And that is the point. Its critics, for ideological or commercial reasons, want it diminished and to matter less.

If the people of Britain do not want to see the erosion and dismantling of one of the country’s most successful public institutions, they need to make that unambiguously clear now. So what kind of BBC do you want? 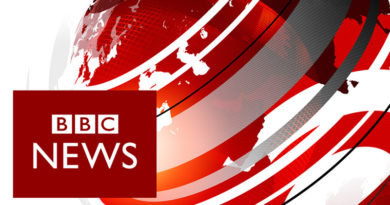 BBC gets out of the kitchen as government turns up the heat.