It’s to be yet another week of crisis, inspection and introspection for the forever under pressure BBC as the government is set to publish a green paper on Thursday, which will, the Guardian says, signal the next stage in the political battle over the broadcaster’s future size and funding.

As part of the process for charter renewal (which expires at the end of 2016) culture Secretary John Whittingdale has recruited 8 experts, among them former Channel 5 chair and chief executive Dawn Airey and Dame Colette Bowe, the former chairwoman of the regulator Ofcom, to oversee a ‘root and branch’ review of the Corporation. According to a front page report in the Sunday Times headlined ‘Tories give BBC reform ultimatum’ the green paper will, amongst other things, urge the ditching of the BBC Trust, question impartiality and discuss whether production facilities should be privatised.

Elsewhere in the Sunday Times, the front page of the News review has an article discussing what the BBC might lose under the headline, ‘Taming the BBC beast’ whilst on page 2, former Today programme producer Rod Liddle writes under the caption, ‘Oh dear. Auntie’s forgotten why she’s even here.’ One thing you can be sure of, historically, is that when the BBC is the up for discussion, it’s the Times and Sunday Times which likes to believe it’s setting the agenda.

This is best illustrated by examining the relationship between the Thatcher government and the Murdoch owned press in the 198O’s. As Horrie and Clarke point out:

“Rupert Murdoch’s News International was a shining example of the new age of enterprise Mrs Thatcher had ushered in. It was union free, dedicated to giving the punter what they wanted and hugely profitable. Murdoch’s papers had cheered on the Prime Minister all the way and savaged her critics, including the BBC.”

The British press gave open and widespread support to a wide range of policies adopted by the Thatcher governments of the 1980’s. Broadcasting was no exception. Sections of the press expressed opinions and forwarded policies that mirrored those held by Thatcher, her Cabinet, her advisors and pressure groups in regard to the restructuring of British broadcasting.

It was the Murdoch owned press, however, (The Times, Sunday Times, Sun, News of the World) which became her closest ally in attacking the BBC, since News International had a commercial interest in a change in the broadcasting system. Thatcher opposed the BBC ideologically, while Murdoch was interested in a solely commercially funded media. Thus, in order to attain a major footing in British broadcasting, Murdoch needed to attempt to weaken public service broadcasting. Every opportunity to criticise the BBC was seized upon – with Murdoch using his substantial media concerns in this country to support the Prime Minister, while his companies received direct benefits as a consequence of policy decisions taken by her government. As Tom O’Malley  states:

“The Sunday Times and The Times promoted the liberalisation of broadcasting regulation in order to open up the UK market to greater commercial exploitation.”

In order to achieve this “liberalisation of broadcasting”, various techniques were employed to undermine the BBC. The two newspapers commissioned and published opinion polls which suggested apparent dissatisfaction with the existing broadcasting landscape and support for the use of advertising to fund the BBC. They also supported specific changes in broadcast regulation and the management of the BBC based on the proposals of Tory think tank groups such as the Adam Smith Institute and the Institute of Economic Affairs. They also gave a favourable reception to governmental criticism of the BBC on any level.

From early in 1984 right through the 80’s, the Sunday Times ran a number of reports frequently based on polls it had conducted itself, concerning the licence fee and the financing of the BBC. These articles were strategically timed in that they appeared during the period preceding the discussions between the government and the Corporation about the licence fee. It can be reasonably assumed that the newspaper was deliberately trying to set the agenda for the discussions. Consider, for example, the edition of 4th March. Under the headline, “PUBLIC TELLS BBC: WE WANT MORE VALUE FOR MONEY”, the report began with the dubious claim that:

“Only one person in seven believes the BBC gives value for money.”

This was a poll conducted “exclusively” for the Sunday Times. The report emphasised that the poll was very bad news for the BBC – 53% of people said that on balance it was satisfied with BBC programming, while 61% said they would prefer to watch ITV. Only 13% supported an increase in licence fee and 69% thought that the BBC should take advertising.

On 6th May, the newspaper ran a report on the financing of the BBC – “WHO SHOULD PAY FOR THE BBC?  by Richard Brooks. The report was based on remarks made by Douglas Hurd, Home Office Minister in charge of broadcasting. Hurd told Brooks that he was planning alternative methods of financing for the BBC, including advertising, subscription, privatisation and sponsorship. Hurd is quoted as saying:

“The more variety of broadcasting, the more tatty the present system looks.”

Hurd finally made it clear that the government intended to utilise technology such as satellite and cable, precisely what the Sunday Times and its owner wanted to hear. On 2nd December an article by Brooks and Sue Summers, “MAKING THE MONEY GO ROUND”, suggested that it was the BBC’s continual and “historic hectoring” for increases in licence fees that lead to governmental opposition to the Corporation, rather than any ideological desire to erode public service broadcasting. In other words, the BBC was too big for its boots and the architect of its own misfortune.

Has anything, in terms of the tone and nature of criticism, really changed?

The Times and Sunday Times op – eds were important for other reasons, also. Firstly, they brought into the public domain a debate that had previously been political and private. Secondly, it is clear that the government followed at least part of the advice volunteered by the newspapers.

Rupert Murdoch’s closeness to Thatcher yielded mutual benefits. During the 1979 General Election the Sun and the News of the World campaigned vigorously for the Tories. In 1981, while Murdoch was attempting to buy The Times and the Sunday Times, there were problems. Under the terms of the 1973 Fair Trading Act, Murdoch faced considerable delay (and extra cost) if the Secretary of State for Trade and Industry, John Biffen, decided to refer the bid to the Monopolies and Mergers Commission, as the Act required. The legal position was that deal involving the exchange of ownership of a newspaper selling more than a half a million copies, had to be automatically referred to the Commission unless the government was satisfied that the particular newspaper was operating at a loss. In the House, Labour MP’s opposed the Murdoch bid and urged the government to refer. However, the bid was approved without referral when Thatcher imposed a three-line whip in Parliament to stave off Labour opposition. Michael Leapman states:

“Murdoch, whose existing papers were enthusiastic in their support of Margaret Thatcher, felt that the government owed him a favour and there was skilled and discreet lobbying by Denis Hamilton (Editor of The Times). Persuaded, Biffen issued a White Paper declaring that, since both papers were losing money, the papers should not be referred to the Commission.”

Yet it is clear that the bid should have indeed been referred. While it is true that The Times was operating at a loss, the Sunday Times was entirely viable. It was simply that any delay in purchase would have cost Murdoch money, and, as he indicated at the time, threatened the completion of the deal, thereby depriving Thatcher of the support of two quality newspapers. It seems certain that Murdoch was treated favourably by the government in comparison with his rivals. Jonathon Davis states:

“When Lonrho bought the Observer in 1981 from the US multinational Atlantic Springfield there were no grounds for referral to the Monopolies Commission but this did not stop John Biffen from obtaining formal conditions to the transfer of ownership…In none of the five instances where News International have acquired a national newspaper has the company been referred to the M and MC.” (Broadcast Magazine, 27th April, 1990).

Once Murdoch had established himself at the forefront of the British newspaper industry, he had greater opportunity to support the government – provided he got what he wanted. It so happened that he and Thatcher desired the same thing: the deregulation and commercialisation of British broadcasting.

Indeed, The Times believed that it had a direct influence on broadcast policy, claiming that the proposals put forward in the newspaper in 1983 were present in the 1988 White Paper on broadcasting:

“It is only five years since torrents of outraged abuse followed a call in these columns for an end to the duopoly of BBC and ITV, auctioning of franchises, the phasing out of the licence fee, an enquiry into alternative methods of financing and a tighter definition of public service broadcasting.” (8th November, 1988).

At the BBC press hostility was taken very seriously. Alasdair Milne  who Director General at the Corporation from 1982 to 87 wrote in his memoirs that:

“January 1984 was the month the press decided to turn on us, in a campaign sustained for eighteen months or more and I believe unprecedented in the history of the BBC.”

“We had taken a drubbing and some of the mud stuck. I must say I was….incensed by the behaviour of The Times.”

Horrie and Clarke describe the feeling inside the BBC at the time:

“Inside the BBC the campaign was having a catastrophic effect. Producers and executives felt they were living in a bunker having the stuffing knocked out of them. If the BBC’s management had defended itself, as Milne had done during the Falklands war, that would have been reported as evidence of a NEW BBC ROW and thrown back in their faces. They just could not win”.

Press coverage then as now was important – it increased the BBC’s sense of beleagurement. In promoting the restructure of British broadcasting the Murdoch press was in tandem with the government. The Corporation faced a two pronged attack, which, many employees believed, threatened its very existence.

And so here we are today in 2015 where Stephen Pollard writes in the Times that:

“The BBC is a behemoth that needs to be cut down to a realistic and affordable size. It must then stop behaving like a competitor rather than complementary to other broadcasters and media outlets.”

These words mirror almost exactly the position of the Conservative government. And as James Cusick wrote in the Independent, when George Osborne spoke last week of the BBC’s “imperial ambitions”, he could have been channelling the spirit of James Murdoch in his 2009 Edinburgh Television address. Then Murdoch spoke of the “chilling ambition of the BBC” with its “land-grab” mentality.

In this sense it really does seem as if – with Leveson and the phone hacking scandals fading into history – that the cosy relationship between the Conservatives and the Murdoch press is gradually returning to normal. 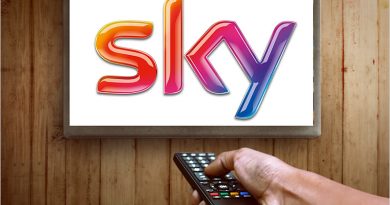