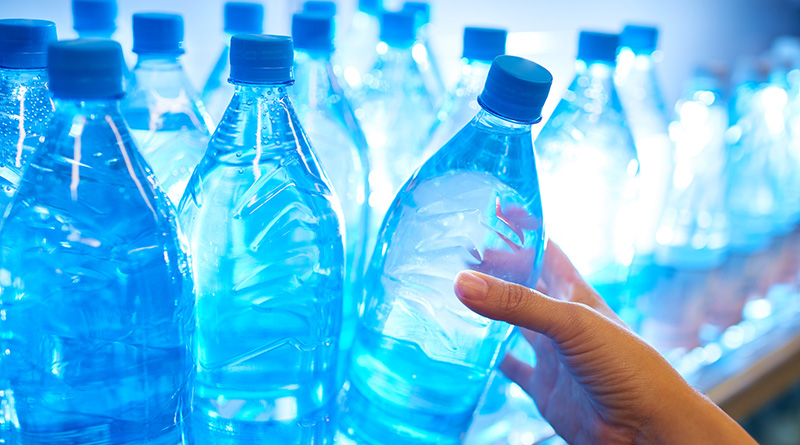 One of the more remarkable aspects in the success of David Attenborough’s recent Blue Planet II series was in the way it managed to highlight the catastrophic effect of plastic pollution on the world’s oceans. Assistant producer on the show, Sarah Conner, told BBC Radio 1’s Newsbeat

“There would rarely be a dive where I wouldn’t find some form of plastic from a thread of plastic fishing line, sweet wrappers or plastic bottles.”

According to Greenpeace, 12.7 million tons of plastic ends up in our oceans each year and some organisations claim that, with about 165 million tons already in the seas, by 2050 plastic will outweigh fish.

Which is why it was heartening to read in this week’s Western Mail of a number of traders in Newport launching a free water refilling scheme to counter our throwaway culture. As Joshua Knapman wrote, shops and restaurants in the town with a “Refill” scheme sticker on display will permit customers (and non-customers, too) to refill their water containers from the businesses’ taps. Dave Roberts, owner of Meat Bar and Grill, said:

“It’s not only the health benefits of drinking water but also the environmental benefits of reusing water containers.”

That there is a need for such a scheme (the organisers claim that if just one in 10 people in Britain refilled bottles once a week, there’d be 340 million fewer plastic bottles a year in circulation) is proof, if any were needed, that we are a nation wedded to the idea of consuming water in plastic bottles of varying sizes. The sale of such products has to be, given the quality of tap water in the UK, one of greatest marketing successes of all time.

As the British bottled water producers association highlights, the market is worth over £2.4 billion and as a nation we now drink more bottled water than fruit juices/nectars, wine or spirits. Estimates from Zenith International, specialist consultants to the global food and drinks industry, are that the upward trend will continue and consumption rates are projected to reach 73 litres per person by 2021.

So the question is, given the fact that UK tap water is widely considered to better for you than the bottled variety and subject to more stringent safety checks, why do we insist on purchasing something which can be up to 300 times more expensive than that which comes out of our taps?

Richard Wilk, Professor of Anthropology at Indiana University, contends that bottled water is the most revealing substance for showing us how the global capitalist market works today. In a sense, he says, “we’re buying choice, we’re buying freedom. That’s the only thing that can explain why you would pay money for a bottle of something that you can otherwise get for free.”

Why we buy is indeed explained, at least in part, by the triumph of advertising and marketing. Bottled water has become the indispensable and freely available attribute of those wishing to demonstrate their health and sophistication. Evian, for example, have long used the slogan Live Young which according to the company is the expression of Evian brand values, including origin, health and youth. The connotations of immortality are never far away from a brand which suggests its product’s “naturally pure and mineral-balanced water supports your body’s youth”.

The key to the marketing of bottled water is that it is a healthy alternative. But to what? As content marketing expert Kathryn Hawkins has pointed out, bottled water is not sold as an alternative to tap water, but as an alternative to fizzy drinks. Hawkins highlights the Nestle Pure Life campaign which attempted to persuade mothers to replace one sugary drink each day with the company’s water products. The truth is, in the UK as it in the US, public tap water is of outstanding quality. In July 2012 the Drinking Water Inspectorate published samples from 1.9 million tests in England and Wales which showed 99.96 compliance with legal standards – and as the Ecologist  illustrated, the figure has been above 99 per cent for nearly 20 years.

But image is paramount, of course, especially when you are trying to sell something which is essentially free. So the packaging of the product assumes primary importance. Isklar Norwegian mineral water advertising campaigns have emphasised it’s icy, pristine ‘pure glacier’ quality, whilst the UK’s Highland Spring boasts that it is, bottling water products from natural sources is all and everything we do. It’s our focus. Our specialism. Such marketing implicitly contrasts the purity of it product with the artificiality and technologisation of modern life. The purchase of bottled water allows us to communicate our uniqueness and the care we have for bodies and the environment

And herein lays the problem. The packaging and marketing may suggest the beauty of the natural world, but the reality of the production and distribution of bottled water means there are severe ecological consequences. A truly alarming report in the Guardian last year stated that global consumption of plastic bottles is set to top half a trillion by 2021, which far outstrips recycling efforts. It’s horrific to picture the Pacific Ocean,  which has an area twice the size of Texas called the Great Pacific Garbage Patch which is made up of plastic deposits.

In 2013 the Ecologist magazine called the British public’s ‘love affair’ with bottled water a national scandal. Professor Paul Younger a specialist in water resources and groundwater engineering was quoted as saying, ‘the bottled water industry is very largely a scam, and a very expensive one at that, in terms of both money and extravagant carbon footprint.’

This is certainly the view of Elizabeth Royte, author of Bottlemania: How Water Went on Sale and Why We Bought It. She contends that, like a mobile phone, a bottle of water is ‘private, portable and individual’.  And if ever there were an unholy alliance emblematic of a disposable culture, then I suppose this is it.

Sections of this post first appeared in the Conversation