Between June 10th and June 12th, the School of Journalism, Media and Cultural Studies is holding a conference of ‘martial arts studies’.

This may seem to be a peculiar combination. Why would these two things go together?

What is the theoretical or practical connection between (on the one hand) any of the fields of journalism, media and cultural studies, and (on the other) martial arts. Indeed, to quote a recent email from one academic trying to make arrangements to attend, how does one explain to one’s employer “why a media studies scholar is asking for leave to attend a martial arts conference”?

As an academic who has long worked in the fields of cultural theory and popular culture, to me the connection between martial arts, media and culture has always seemed not only obvious but essential, indeed fundamental. For, although there are studies of martial arts in all manner of academic disciplines – from sports studies to history, anthropology, psychology and on to various fields and aspects medicine – one aspect of martial arts has always shone out to me, like a light that is so bright that very few people have actually looked directly at it. And it is this. Almost everything we think we know about martial arts comes to us through the media. Film, in particular, has been massively influential in the spread of information, or rather, beliefs about martial arts. But also television: TV action series since the 1960s in the West have regularly showcased martial arts fight choreography. At the same time, cartoons have filled children’s heads with the aesthetics of spectacular martial arts moves for decades. And computer games have actually given players a wide ranging technical lexicon for moves and styles.

Yet very few academics have taken what to me is the glaring, blaring centrality of media dissemination on board when they research martial arts. I have lost count of the number of books and articles that note on page one – often paragraph one –that Bruce Lee was enormously influential in the spread of martial arts around the globe. So ‘Bruce Lee’ is acknowledged as influential. But immediately after this observation, the studies simply abandon any further consideration of ‘Bruce Lee’. In other words, they abandon any consideration of the effects of media on cultures, practices, beliefs and everyday lives.

Consequently, for quite a while now, I have been exploring the often overlooked or downplayed centrality of film and other media to many aspects of martial arts in culture and society. In fact, I have written three books on the subject. The first, Theorizing Bruce Lee, insisted on placing Bruce Lee at the centre, rather than the margins, of any consideration of martial arts in the contemporary world. The second, Beyond Bruce Lee, built upon the first, to explore the ways in which ‘Bruce Lee’ functions in all sorts of cultural contexts. And the third, Martial Arts Studies (published this month), directly challenges anyone researching and writing on martial arts to face up to the power, force and implications of media in martial arts discourses, practices and cultures.

At the same time as this, Martial Arts Studies (both my book and the conference) seek to connect up academics and researchers from many different disciplines. For, there are ‘martial arts studies’ in all manner of different academic fields: science, medicine, history, sociology, ethnography, sports, psychology, leisure, health, film – you name it. But very rarely do people working in these different areas ever actually talk directly to each other. So, that’s what the conference seeks to enable: the cross-fertilisation of different approaches via conversations on a shared object – something all involved in hold in esteem, affection, even love.

Martial arts have long touched the lives of countless people in untold ways. No single academic discipline can claim a monopoly on how and why and in what ways to approach and understand it. I personally want to insist that the media have a central importance to martial arts, even though that centrality often goes unnoticed. Others at the conference will focus on vastly different questions.

The keynotes and featured speakers at the conference reflect the richness and diversity of the field(s). Professor Stephen Chan, OBE, for instance, is Professor of Global Politics at the School of Oriental and African Studies (SOAS), and he has long advocated the teaching of karate in deprived areas of Africa, and has indeed for many years regularly taught karate in the UK and Africa – and always for free. Dr Ben Judkins is a historian of Southern Chinese martial arts, particularly Wing Chun Kung Fu, who has been instrumental in the development of academic approaches to martial arts by editing a highly respected academic blog focusing on research into Chinese martial arts. Professor D. S. Farrer, from Guam University, was one of the first scholars to have named and theorised ‘martial arts studies’ as a new academic field. Finally, Professor Meaghan Morris, from Sydney University (and Lingnan, Hong Kong) is both an intellectual giant in the fields of cultural studies and prime mover in studying martial arts in film and popular culture, globally.

As well as these keynotes, the conference has featured speakers, including Hutan Ashrafian, a doctor, surgeon, historian and martial artist, who will be offering a contemporary medical analysis and interpretation of the still-controversial death of Bruce Lee; and Sixt Wetzler, a scholar who has been proactive in the development of martial arts studies in Germany. In addition, the conference includes presentations from historians, philosophers, sociologists, film studies scholars, cross-cultural studies researchers, race, gender, ethnicity and cultural identity researchers, historians, sports studies academics, animators, media theorists and all manner of martial arts educators.

The conference is open to the public, though tickets are now in short supply. Anyone who attends is also invited to a wine reception on Wednesday 10th June, and is able to register for a conference dinner at La Bodega on Thursday 11th and a closing conference dinner (featuring the band Sweet ‘n’ Sour Swing) at Aberdare Hall

Bruce Lee and Enter the Dragon – 40 years on 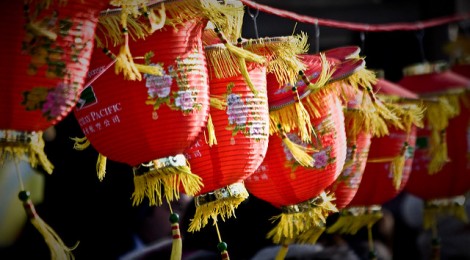