Professor Stuart Hall died yesterday. This is not an obituary. There are growing numbers of these, and rightly so. Hall was without a doubt one of the most important and influential critical cultural and political thinkers of the 20th Century. I don’t know how to delimit or modify that sentence correctly: I don’t know whether his main impact and influence can be said to be in the UK, in the British ‘New Left’, or in British cultural studies, or anglophone cultural studies – which extends way beyond the confines of the British Isles, and which arguably dwarfs anything that happens in Britain itself. His influence in cultural studies was and is global, and – hopefully – ongoing.

For, Stuart Hall’s academic work in cultural studies was foundational, exemplary, orientating, stimulating, challenging. If you work anywhere in or near the fields of media studies, cultural studies, journalism studies, postcolonial studies, popular culture, multiculturalism, sociology, race and gender studies, and quite far beyond, you have been influenced by Stuart Hall. And this to me is the really important thing: his work – his project.

Hall regarded cultural studies as a ‘project’ – a ‘political project’. It was not just any old academic discipline. Cultural studies for Stuart Hall was meant to seek to intervene, meaningfully, consequentially, ethically, politically. Any academic work produced within or as cultural studies should be organised by this problematic: how to make a difference, how to intervene. In other words, the challenge is not just to write about a given subject, not just to know more about a given subject, and to write treatises or polemics or journalistic pieces about how bad this or that thing is (government policy, racism, sexism, whatever). The challenge is to work out how to intervene – to work out how to make a difference in the institutional world of culture, society and politics.

This was Stuart Hall’s challenge. On the one hand, he insisted, ‘there are no theoretical limits from which cultural studies should retreat’: Academic work should be as rigorous, self-reflexiv, analytical and well thought through as possible. If there is some apparently whacky new theory or philosophy out there, we should not scoff at it or discount it. Rather, our responsibility is to engage with it, to tackle it, to think about it and work it out and go through it, to get to grips with it: it might be important. But, on the other hand, we should not be satisfied simply with playing academic games, and with being clever and knowing more about either facts and figures and history or about theories and philosophies and complex arguments. That is, we should be resolutely frustrated with how little academic work registers in the political contexts that count. So we should theorise and analyse issues and problems tirelessly. But our hope and aspiration should be to work out how to intervene. How can our study or our argument come to make a difference that could count?

I think we too easily think that writing the ‘definitive’ academic book or article on a subject is the end of the story. Or, conversely, we might think that writing a good journalistic article in a newspaper or online might amount to us ‘being responsible’ and ‘trying to make a difference’. True, it might. But there is more to intervention than this. And Hall’s challenge was for us to try to work out ways of making a difference, rather than ways to polish our consciences.

This is where the value of cultural theory came in, for Hall. There is no ‘natural’ or ‘obvious’ way to think. To say one is using ‘theory’ is merely to say that one is trying to be explicit about which way one is thinking about a subject, and to acknowledge that there may be a wide variety of possible ways to do so – none of which have any guarantees either of being ‘right’ or of making any difference to anything.

So Hall was never simply pro or anti ‘theory’. On the one hand, his thought was organised by the most complex cultural and political theory of the time: Althusserian Marxism, Gramsci, Lacanian psychoanalysis, Ernesto Laclau’s post-structuralist political theory, Derridean deconstruction, Barthes, Foucault, Said… But, on the other hand, his concerns were down on the ground, on the street, at the border, at the gates, on the beat, in the editorial office, in the clauses of the policy document, with ingrained cultural values and reflex gut reactions, with the mucky and murky matters of policy and politics.

For me, what I think needs to be remembered is not that some great hero has died, but rather the challenge of Stuart Hall, the project. This challenge is, as he would say, to operate on two fronts at the same time (activism and academia, theory and politics), to say yes and no at the same time (yes to the need for theory, no for theory to be the end point; yes to political exigencies, no for political exigencies to make us adopt hasty or ill-thought-through styles of discourse).

My hope is that the death of Stuart Hall might precipitate a rethinking of academic work in journalism, media, cultural studies, and beyond, and produce a reconfiguration or renaissance of the sense of cultural studies as a political project, as an interdisciplinary field organised by the aim of making interventions that make a difference. 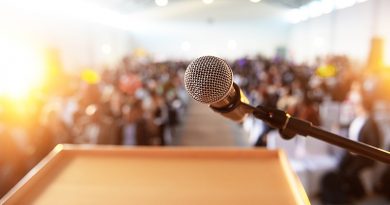