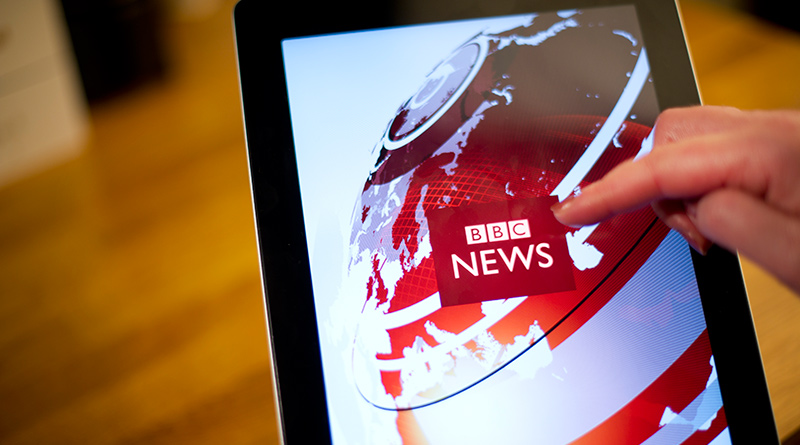 Every side of every issue of public interest or concern has, at some time, had cause to complain about journalism by the BBC. From my time as a reporter and presenter at the Corporation, I know how seriously they are taken. But some are more obviously backed by evidence, of a lack of due impartiality, than others.

Since the start of April this year, ultimate responsibility, for adjudicating on such complaints, has been taken out of the BBC’s own hands for the first time. Now, it is OFCOM, the statutory Office of Communication, which is responsible for ensuring that BBC news conforms to the standards set out in its own editorial guidelines.

OFCOM already has this role vis-à-vis commercial broadcasters such as ITN and Sky News. And the regulator has its own version of the impartiality provisions that are the centrepiece of public service broadcasting in the UK.

Its Code stipulates that, when it comes to reporting issues of public debate, “an appropriately wide range of significant views must be included and given due weight”. This is strikingly similar to the BBC’s own Guidelines: “A wide range of opinion [must be included] so that no significant strand of thought is knowingly unreflected or under-represented”.

One of the pressures behind the switch to OFCOM is a perception that the BBC has difficulties when it comes to issues on which public opinion differs from the dominant views of the usual sources for its journalism. Two examples are: whether, when and in what circumstances Britain should take military action; and issues of international law and international humanitarian law in the Israel-Palestine conflict.

When the UK joined the invasion of Iraq, in 2003, public opinion had swung decisively behind military action, according to opinion polls: but this view proved brittle. Not only did it represent a considerable turnaround on the mood prevailing just weeks earlier, at the time of the massive anti-war demonstration in London, but within a matter of months, most Britons were telling pollsters they believed the invasion had been unjustified.

So, when it came to the debate over how Britain should respond to the Islamic State attack on Paris, in November 2015, the BBC had a problem. A strong residual public opposition to the UK joining in overseas wars contrasted with the widespread consensus at Westminster, for example, in favour of Britain joining in the US-led bombing of IS positions in Syria.

My research looked at the coverage of this issue by three key BBC programmes: the agenda-setting Today Programme on Radio Four, together with the Six O’Clock News on BBC1 and Newsnight on BBC2.

The only anti-war voice on any of these three programmes was that of Jeremy Corbyn, the Labour leader, who told Parliament:

“It’s vital at a time of such tragedy and outrage not to be drawn into responses which feed a cycle of violence and hatred. President Obama has said that ISIS grew out of our invasion of Iraq, and is one of its unintended consequences”.

In putting forward this view, Corbyn was articulating what I call the Blowback thesis. Blowback is the name of a well-known book by former CIA adviser Chalmers Johnson, who found the word in widespread use within the Agency, to denote the adverse consequences of US foreign policies in general, and CIA initiatives, implementing these policies, in particular; but that it was kept hidden from the public whose taxes paid for such initiatives.

One of its implications is that, if adverse consequences follow from certain types of policy response – the use of armed force, for example – then the lessons should be absorbed, and lead to serious consideration of alternative responses.

The Blowback thesis was almost entirely marginalised in BBC reporting of the crisis, even though plentiful evidence exists that it is shared, broadly speaking, by large numbers – perhaps even a majority – of the British public. One of the effects of this pattern of coverage was to make it seem as though Corbyn was isolated and ‘extreme’, whereas he was actually speaking for a significant view among the listening public.

Another issue on which the BBC receives numerous complaints is over its coverage of the Israel-Palestine conflict. A notorious example came in 2010 when Panorama broadcast a film by reporter Jane Corbin titled ‘Death in the Med’, telling the story of the Israeli commando attack on the Mavi Marmara, a Turkish vessel sailing through international waters and carrying relief supplies for the Gaza Strip, which has been the subject of an Israeli blockade since 2006.

The film fails to point out these basic facts, and levelled various allegations at those on board the vessel, which came from – but were not attributed to – the Israeli military. It even included an audio sequence in which aid workers appeared to make inflammatory statements, which – it was later revealed – had been manufactured by the Israelis.

To the amazement of Palestinian groups, the BBC Trust rejected the complaints, and declared the film to be in line with BBC impartiality requirements. When the same piece was broadcast shortly afterwards in Australia, in the ABC’s Foreign Correspondent strand, the complaints were upheld.

So, will OFCOM’s assumption of responsibility for such matters lead to a more transparent and more satisfactory complaints process? Will that lead to the improvements in BBC coverage, of such issues as I have raised here, that many of us would fervently wish to see? To quote the sign-off which is – legend has it – favoured by many journalists at the Corporation in their quest to avoid allegations of bias, “only time will tell”.

Associate Professor Jake Lynch chairs the Department of Peace and Conflict Studies at the University of Sydney. He is the most published and most widely cited author in the field of Peace Journalism. Before taking up an academic post, Jake enjoyed a near-20-year career in journalism, with spells as a Political Correspondent for Sky News at Westminster and the Sydney Correspondent for the Independent newspaper, culminating in a role as an on-air presenter for BBC World Television News.

Who do they think ‘we’ are? Why the BBC should keep its distance

Leveson and the use and abuse of history